Mercedes to export India-made GLCs to the US 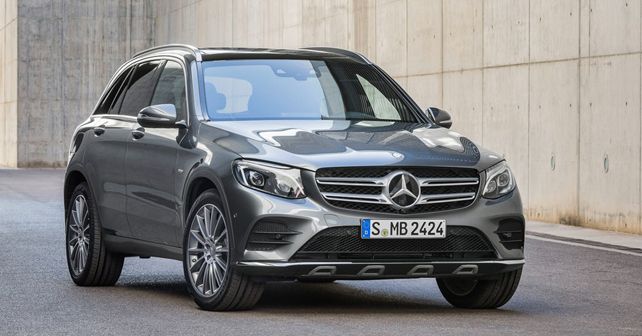 Mercedes' new plan to export GLCs from India to the US will help India gain traction in the export industry amid a turbulent US-China tariff war.

Mercedes-Benz will soon commence the export operations of its GLC compact crossover to the United States from its plant in Chakan, Maharashtra. With this, the German marque will join Ford Motor Company in tapping into India's recent rise as an auto export hub. The export proceedings were kicked off by Ford last year when they began exporting the EcoSport compact SUV to global markets from their Chennai plant.

As per Mercedes-Benz USA spokesman Rob Moran, deliveries of the India-made Mercedes GLC will arrive in the US next month. 'The GLC is witnessing a great demand globally. Therefore, Mercedes-Benz uses the capacities of its global production network across four continents, which also includes the Mercedes-Benz plant in Chakan,' Moran said. The fact that the GLC is the highest-selling luxury compact crossover in the US and the top-selling model across Mercedes' brand lineup only bolsters Moran's statement. GLCs sold in the US are currently built in Bremen, Germany.

The GLC made its India debut in June 2017 when it was launched as a CBU with prices starting from ₹ 50.7 lakh for the 220d Style. A few months later, Mercedes launched the CKD units of the GLC with prices starting from ₹ 47.9 lakh for the diesel trim. At present, the GLC is offered in India in two diesel derivatives - the 220d Sport and 220d Style and a single petrol variant, 300 Sport. In August 2017, Mercedes also launched a Celebration Edition of the GLC which features a new ‘Designo Hyacinth Red' exterior colour option and some exterior styling changes.