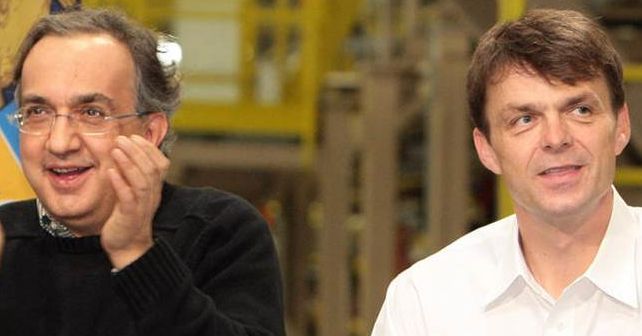 A statement from FCA revealed that Marchionne has undergone a shoulder surgery and some unexpected complications in the procedure have him unable to work. Marchionne has been the CEO of Fiat since 2004 and has headed the group since its merger with Chrysler in 2011. He has been responsible for seeing through the development and expansion of the group’s premium brands – Jeep and Alfa Romeo – even over Fiat and Chrysler. In fact, it is these strategic moves that have the company in line to clear its debts. Marchionne, however, was due to step down from his post in 2019.

Manley joined Chrysler in 2000 when it was owned by Daimler. He then took the lead for the Jeep brand in 2009 and has since then been responsible for its global expansion including major developments in the United States and Europe. While Manley has been given the authority and responsibilities of the post with immediate effect, this move will need to be given the green light at the next board meeting.

Just a few weeks back, FCA announced its global plans for the next five years. In the next 5 years, the Jeep plans to have its full presence established across the globe. As part of the plan, they intend to bring in a compact SUV positioned below the Renegade and a premium three-row SUV.