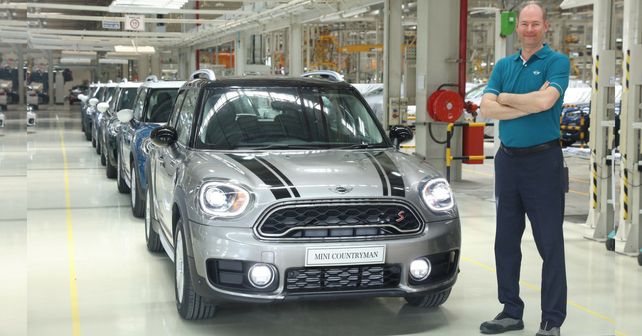 Local assembly of the new Countryman begins in Tamil Nadu.

Mini has commenced the local assembly of all-new Countryman at BMW’s Chennai plant. The new Countryman was launched in India on May 3 and is priced between ₹34.90 lakh and ₹41.40 lakh (ex-showroom).

The second-generation Countryman is based on the same UKL2 FWD that also underpins the BMW X1. The petrol variant of the Countryman is powered by a 2.0-litre engine developing 189bhp of power and 280Nm of torque. It is coupled with an 8-speed automatic transmission. The diesel variant, on the other hand, produces 188bhp and 400Nm and comes mated to the same gearbox.

The new Countryman is 200mm longer and 30mm wider than the car it replaces. The wheelbase is also up by 75mm. The car features a familiar Mini design but comes with bigger headlamps, new grille and redesigned tail lamps when compared to its predecessor. The new model also boasts a roomier cabin and comes with more boot space.

The Mini Countryman sits in a segment of its own with no direct rival. However, for the price, the car more or less competes with the Volvo V40 Cross Country, Mercedes-Benz GLA and even the BMW X1.