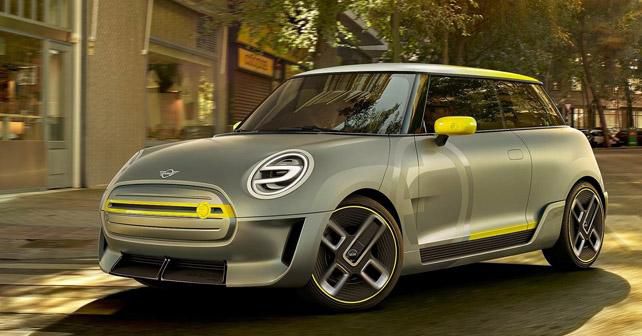 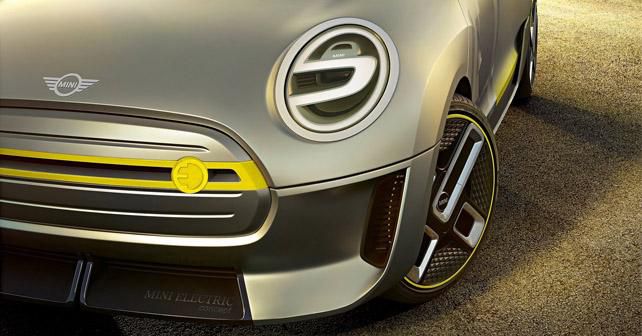 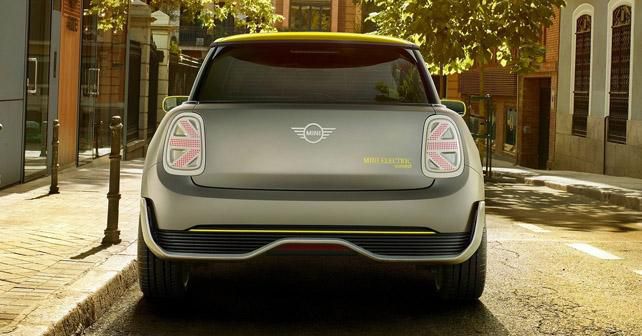 The Mini Electric Concept previews an all-new all-electric hatchback that is set to enter production in 2019.

In July 2017, BMW announced that a full-electric Mini hatchback will be launched in 2019. Now just a month after revealing the brand’s future plans, Mini has released the first images of the Mini Electric Concept, previewing the 3-door production hatchback. The Mini Electric Concept will make its public debut at the 2017 Frankfurt Motor Show that kicks off in two weeks’ time.

As you can see from the pictures, Mini designers have worked hard at retaining the recognisable shape and design lines of the current Mini. And you’ve to say they’ve been quite successful in doing so. The concept car has the familiar hexagonal grille – although it’s closed – and round headlamps like the current model. The rear section is also mostly unchanged –  but, of course, you don’t get exhaust pipes and there’s a new set of tail-lamps featuring the Union Jack.

Mini says that onlookers can easily make out that it’s an electric heart, thanks to a number of design cues. First off, there’s contrasting silver and yellow colour scheme reminiscent of the earlier MINI E, as well as the distinctive E badge. The 19-inch wheels are another visual highlight, featuring the same asymmetrical form as the grille. Mini hasn’t released any image of the interior, but you can expect the cabin to be cutting-edge as well.

There is no information on the drivetrain of the new Mini Electric hatchback apart from the fact that it’ll be built at BMW’s e-mobility centre in Dingolfing and Landshut in Bavaria. Production of the new electrified Mini hatchback will continue at the company’s manufacturing in Oxford, UK.