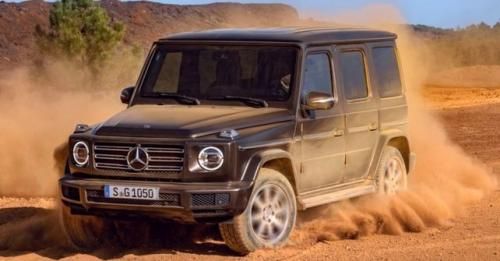 Once you get over the all-too-familiar exterior, you’d be greeted by what’s essentially a brand new vehicle.

Mercedes-Benz has finally revealed the second-generation G-Class, which is the biggest overhaul of the iconic truck ever since its inception in 1979.

The G-Class, or the G-Wagen, has long been considered a design icon. Its external appearance has not changed significantly since 1979, and even on the new model, the characteristic elements continue to serve very specific purposes and give the G its unique appearance.

The distinctive door handles and the closing sound, robust exterior protective strip, exposed spare wheel on the rear door and the prominent indicator lights – all these combined with the retro boxy design continue to carry the original G-Wagen’s legacy. 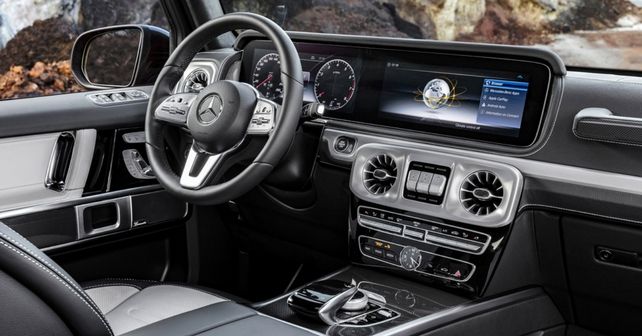 Step inside and you’d be greeted by a thoroughly modern cabin that has nothing retro about it. No surprises here, since Merc had already revealed the new G’s interior about a month back. The new cockpit reflects a lot of design inspirations from the latest wave of Mercedes saloons and coupes – the turbine style air vents, familiar dual screen setup, a multi-function steering wheel with touch-sensitive controls for the infotainment system, the steering mounted gear selector stalk, etc. It is now more spacious – the rear legroom is boosted by a 150mm, the shoulder room by 38mm and the elbow room by 68mm.

The G, just like its predecessor, focuses heavily on off-roading prowess. The new suspension on the car has been developed in collaboration with AMG, which sports independent suspension with double-wishbone front axle in combination with a rigid rear axle.

The new Dynamic Select system provides a host of options in combination with the new suspension with optional adaptive damping system. The driver can modify the vehicle’s damping characteristics under certain modes. A total of five driving modes are available – Comfort, Sport, Individual, Eco and a new off-road exclusive G-mode. 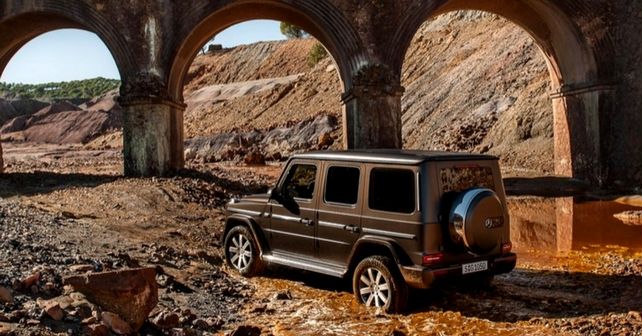 Powering the new G in its top of the line G63 variant is an AMG 4.0-litre twin-turbo V8 making 603bhp and 850Nm. A cheaper, entry-level G 350d diesel will be powered by a 2.9-litre straight-six motor that churns out 282bhp and 600Nm. Later on, a G500 petrol will join the range using a detuned version of the G63’s V8. The manic V12 AMG motor from the outgoing model is being discontinued, at least for the time being.

Irrespective of the powertrain, all the new G-Wagens will sport Merc’s new 9-speed torque converter automatic transmission, which the company claims reduces shift and response times as compared to the older car’s 7-speed.

The new G-Class, just like its predecessor, will be imported to India via the CBU route. We expect Mercedes to launch the car in India during the second half of 2018. While the AMG version is sure to be launched, the possibility of the entry-level diesel making it here cannot be ruled out either.