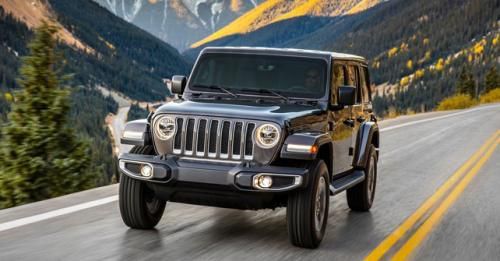 Like so many things automatically connected to American culture, the Jeep Wrangler is a very significant part of the typical American lifestyle, especially when it comes to going off-roading. Born out of a need to replace horses with something mechanical around the time of WWII, the Jeep quickly became a staple of Americans looking for a sturdy, all-condition vehicle, which, surprisingly was never the purpose of the car when it was designed and first produced.

And after six generations of the Jeep having been sold, it was once again time to refresh the car. Which, as one would imagine, is always a double-edged sword given the loyal following a car like the Wrangler has. As the head of Jeep exterior design, Mark Allen admitted in my chat with him, anything you do – or not do – to the Wrangler evokes a sharp reaction from the community of loyal fans. And so, in this generation him and his team focused on refining the existing design features and details available to them from the past six generation of cars. 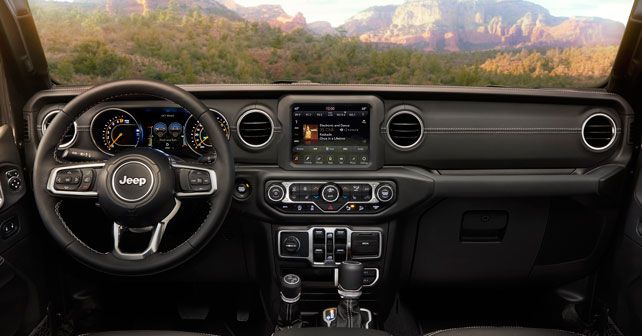 So, in comes the slightly different look to the front grille and big headlights that was a feature of the CJ generation Jeep, with slight kinks to the strakes near the headlights, as well as a backward kink of the entire grille near the top which evidently not only looks good but also helps aerodynamically. The new halo rings in the LED headlights and the daytime running lamps mounted on the fenders look very good and give the Jeep a distinct identity, and the LED rear lamps look quite nice too. Interiors too have received design upgrades, but the most significant upgrade visible on the design studio cars we were shown today were the overall quality levels of the Wrangler, which are a huge leap for the brand. In this generation, then, the shut lines are much tighter, the finish of both metal and plastic parts has improved and the car feels like a good place to spend time in without losing its Jeep identity.

Mechanically the new Wrangler features a new chassis which is now longer in both two and four-door versions, mainly to accommodate the new eight-speed automatic transmission and also to increase rear seat space. The Wrangler now also uses aluminum in its construction for weight reduction, while the tailgate is made out of magnesium and covered with an aluminum skin for lightness and strength. Jeep engineers also claimed that the off-road and on-road capabilities of the Wrangler have improved over the older model and so has the efficiency. This includes what the manufacturer says are class-leading ground clearance and approach, break and departure angles to cater to the off-roading capabilities of the new Wrangler. 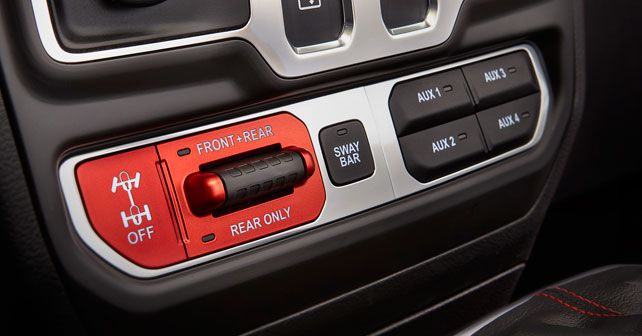 Of course, the Wrangler comes as standard with Command-Trak and Rock-Trak 4x4 systems as well as the latest range of Dana axles front and rear and a new full-time transfer case for better efficiency when the four-wheel drive is not being used. The Rubicon version of the Wrangler comes in the two-door body shape and features electronic front and rear-axle lockers as well as 33-inch off-road tyres as standard. Engines options for the Jeep in the US will be between three engines – a 3.6-litre Pentastar V6 with 285bhp and 353Nm, while the latest addition to the lineup is a 2.0-litre turbo petrol producing 270bhp and 400Nm. Jeep also announced that they will be introducing a 3.0-litre diesel engine in the Wrangler for the American market in 2019. For the Indian and international markets, the engine of more interest will be the 2.2-litre four-cylinder diesel engine producing 197bhp. 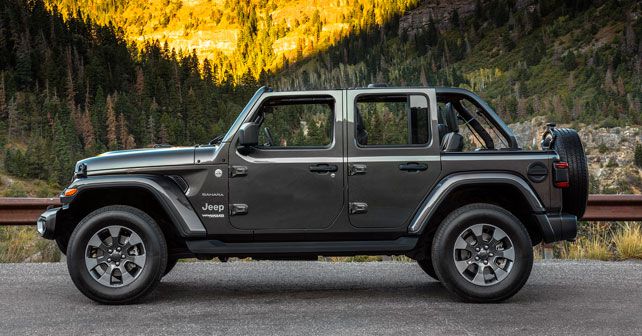 Add to this a new system to remove the roof in both soft and hard top versions – the process is now super easy and takes less than a couple of minutes – and the ability to plop down the windshield on to the bonnet when required and the Jeep remains some of its inherent traits. Add to that the ability to remove the doors of the Wrangler with just removing two bolts and it shows the Jeep team know what their traditional customers want and are making those features available, simplifying them at the same time. Also present on the new cars are a host of connectivity options and options to plug in multiple accessories to support the outdoors lifestyle. Alongside, Jeep’s Mopar division has designed a range of accessories and add-on parts for visual and mechanical upgrades, since as Todd Beddick of Jeep Mopar mentioned, that 98% of Wrangler customer had bought at least one Mopar item for their Wrangler, so that makes it a huge market for the brand to focus on.

With its traditional, yet updated styling cues and a smattering of touches to reflect its rich heritage, the Jeep Wrangler then looks to be another sales success for the brand if its on-paper capability is any indicator. What I can tell you from the show cars is that the quality levels have taken a quantum leap on the Wrangler and if the car delivers what the team behind it promises, it would be a fantastic machine to drive around in. And for once, this is a Jeep I’m really looking forward to driving soon. 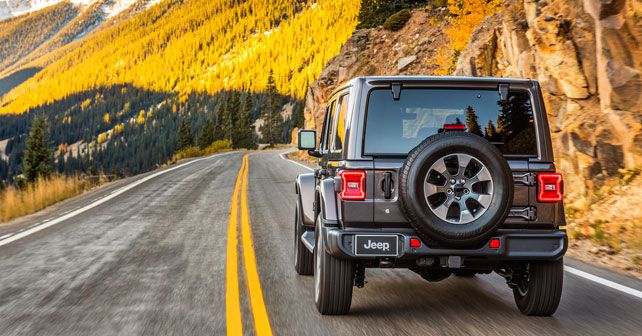