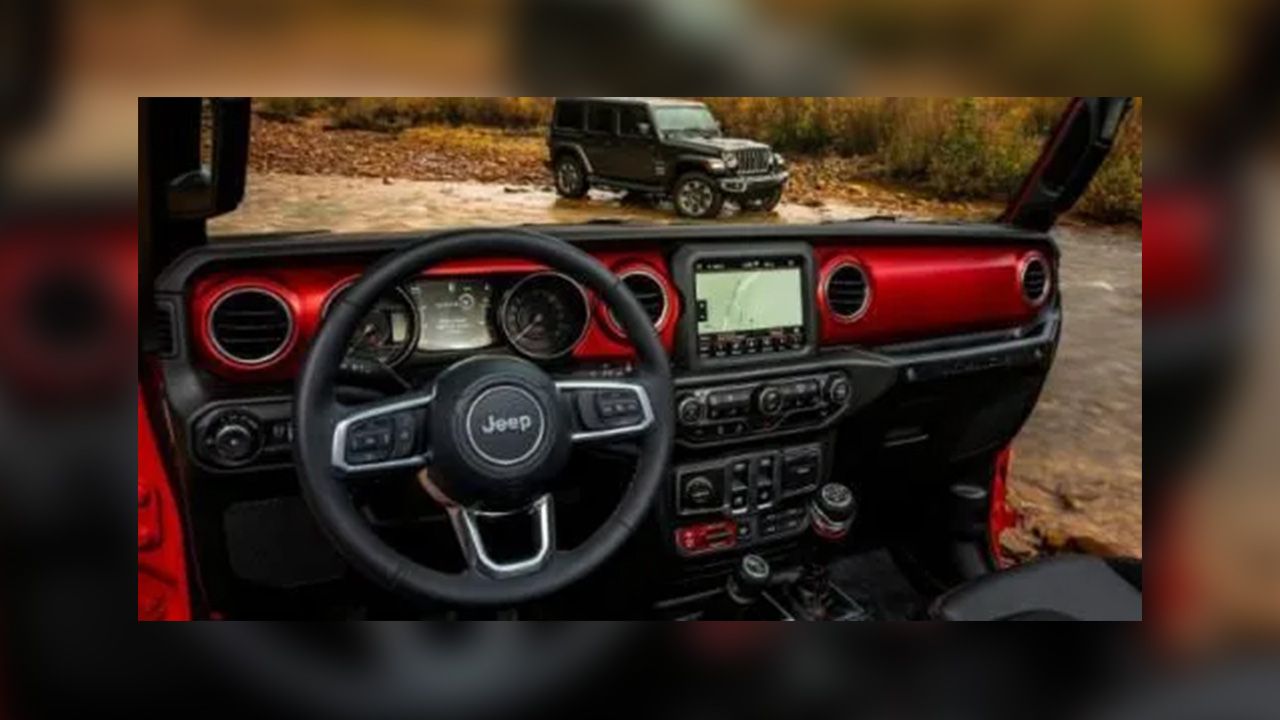 Just last week, Jeep officially released the exterior pictures of their upcoming new 2018 Wrangler. Now, the American SUV maker has released some more pictures, but this time of the interior. If the images are anything to go by, the interior of the new Wrangler look immensely improved over its predecessor.

The images revealed show a two-tone dashboard with a black and red combination to match the exterior of the car. Certain design elements like the circular air-con vents and the centrally placed window switches continue in this new iteration too. Taking centre stage is a large touchscreen instrumentation that supports Apple CarPlay, Android Auto and has an inbuilt navigation option. Jeep has also fitted a small screen in the instrument cluster. Between the two front seats, is the gear lever and the 4x4 selector positioned next to it. The 2018 Wrangler will come with a manual transmission as well as an automatic option. Overall touch and feel of materials inside the cabin is a lot better than before. Quality of switches and knob all around has been improved too. To give the new Wrangler a more upmarket feel, Jeep has added chrome surrounds to the air con vents and a dash of chrome on the three-spoke steering wheel too.

Jeep is expected to take showcase the 2018 Wrangler, in both its avatars, at the 2017 LA Auto Show in December. The LA Auto Show is scheduled from 1st to 10th December.