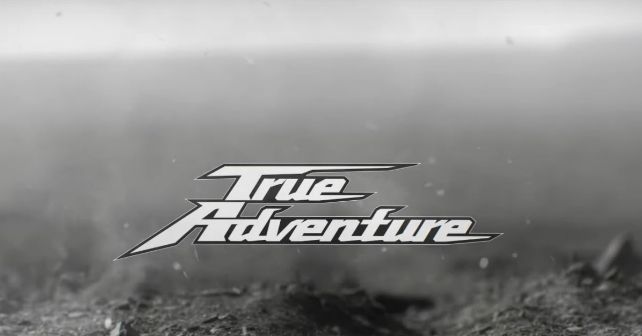 Honda has released a teaser of its upcoming adventure offering and it has got us all thinking – could it be a new 850cc Africa Twin or is it the much-awaited CRF1100L Africa Twin?

Anticipation is at its peak with Honda’s European YouTube channel releasing a new teaser video titled ‘True Adventure’. The teaser video shows dust and gravel flying all around as an invisible motorcycle goes flat-out on an off-road trail. While the video doesn’t reveal the name of the motorcycle, it does flash ‘True Adventure’ – which is the tagline for the Africa Twin.

Honda Motorcycles and Scooter India (HMSI) introduced the 2019 Africa Twin in India earlier this year in April. Meanwhile in the global market, reports of an updated model have already surfaced. The new Africa Twin is likely to displace about 100cc more and develop over 100 horses. The fuel tank is expected to be larger too – 24 litres instead of the current 18.8 litres. This should give it a longer riding range too. Continuing with their nomenclature, it is likely that the motorcycle will be called CRF1100L Africa Twin.

The teaser could also be for the CRF850L Africa Twin which is rumoured to make its global debut at 2019 EICMA and launch in 2020. If the Japanese bike maker brings in the 850cc Africa Twin, it will have adventure offerings in the 850, 1000 and 1100cc segments.

That being said, the probability of it being the CRF1100L Africa Twin is quite high. With Tokyo Motor Show and EICMA just a few months away, Honda would like to hold the CRF850L Africa Twin, their newest and the most anticipated product for the launch at either of these motor shows. And considering that the ‘True Adventure’ teaser has been released now, it is quite likely that the official unveil of this new motorcycle will be sometime in August.