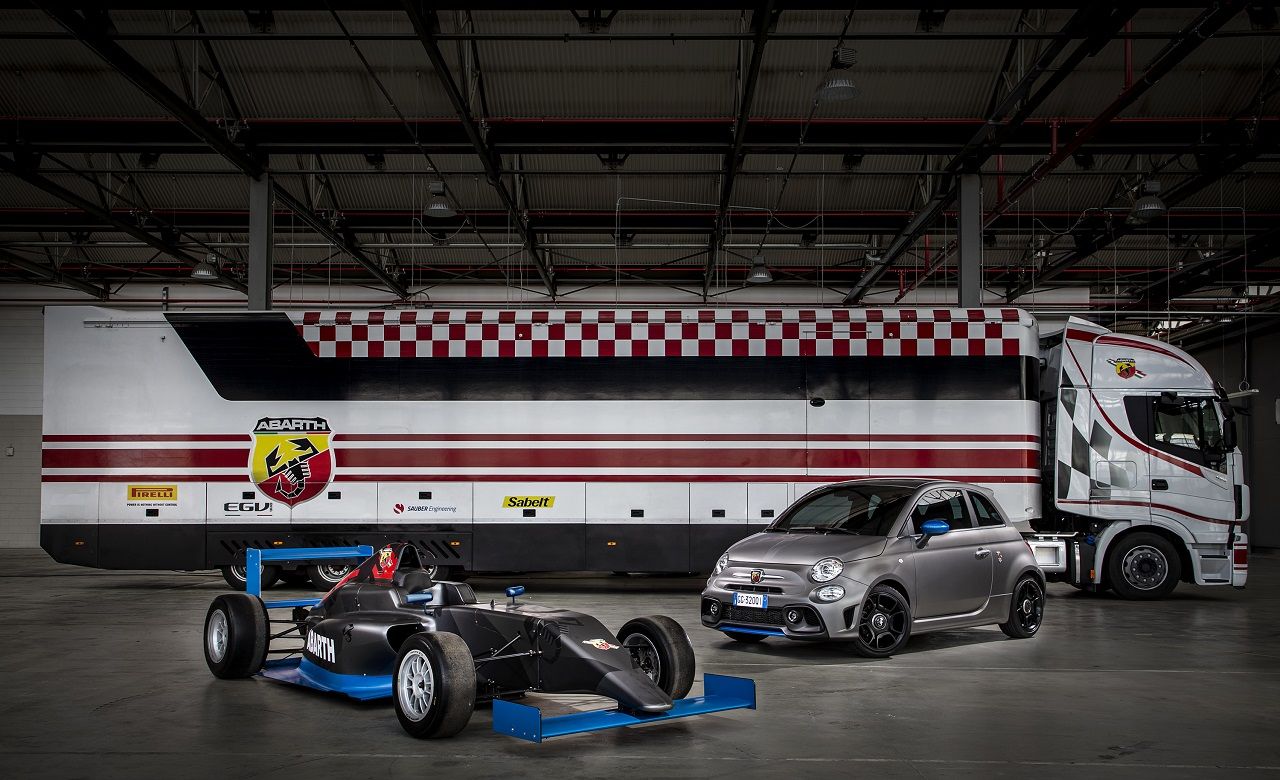 Say hello to the Abarth F595! What is it, you ask? Well, it’s a new limited-edition version of the hot Abarth 595, which pays tribute to the Carlo Abarth-designed Formula Italia racing car on its 50th anniversary. In addition to that, the F595 also gets some bits and bobs from the company’s current Formula 4 racing car.

The Abarth F595 will be offered in both hatchback and convertible versions. To help onlookers differentiate it from regular models, the F595 comes with special Rally Blue design cues on the bumpers and ORVMs. The Abarth F595 will be available in six colour combinations – Race White, Campovolo Grey, Track Grey, Scorpion Black, Record Grey, and Tarmac Grey. 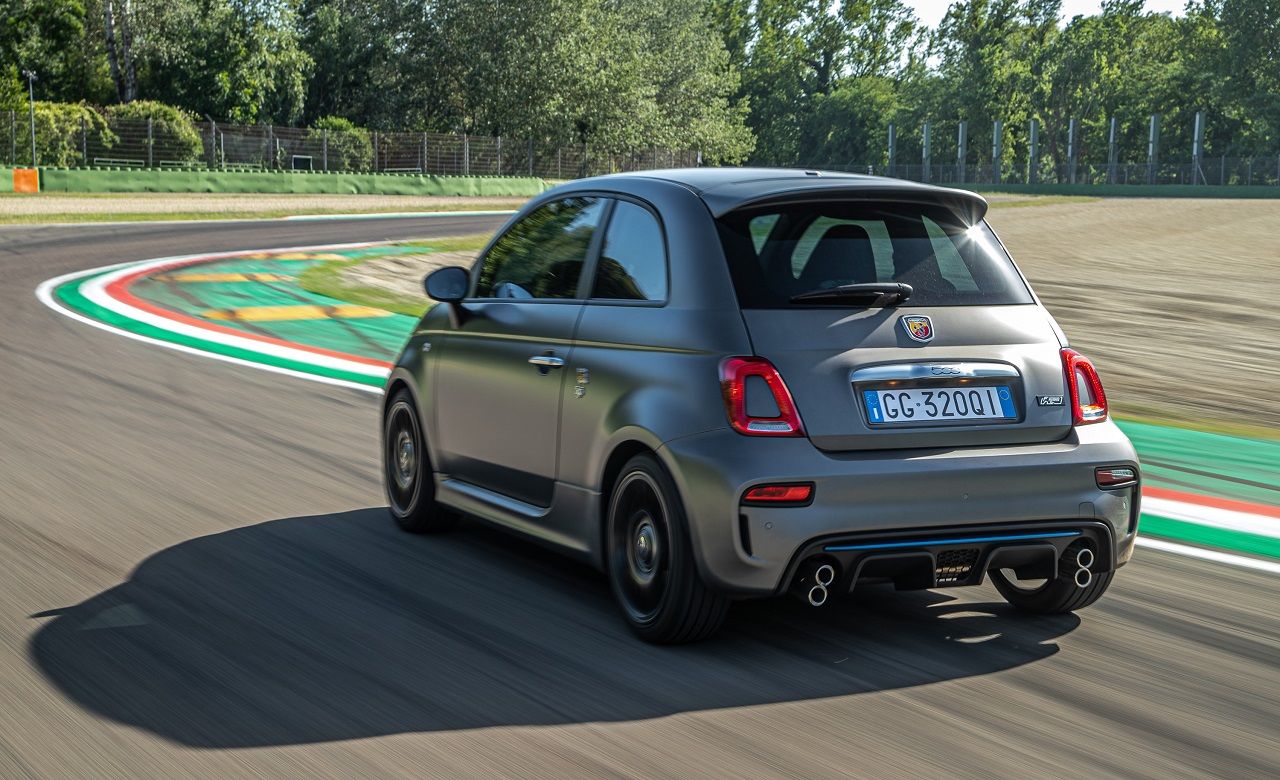 In addition to that, it gets Sport 17-inch Formula alloy wheels and F595 badges. As standard, the car’s fitted with a new vertically-stacked quad-pipe Record Monza Sovrapposto exhaust system. It comes with an active valve control system, which can increase the vocals at the press of a ‘Scorpion’ button on the dashboard. That button also weighs up the steering and allows a more aggressive throttle response. The car is also equipped with new Koni rear shocks with Frequency Selective Damping (FSD) to improve road-holding and grip.

The interior is unchanged, albeit it comes with some special elements, such as black design cues around the infotainment display and a new matte black dashboard, along with a leather-wrapped steering wheel and leather Abarth sports seats.

Powering the F595 is the same 1.4-litre four-cylinder turbo petrol unit as that of the brand’s Formula 4 cars. The engine develops 165bhp and 230Nm of torque and comes mated to either a 5-speed manual or 5-speed automated manual gearbox with paddle shifts. The manual version can clock 0 – 100km/h in 7.3 seconds, while the AMT version will take 7.4 seconds. The top speed in both versions is pegged at 217km/h. 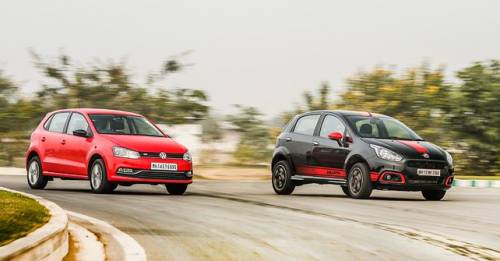