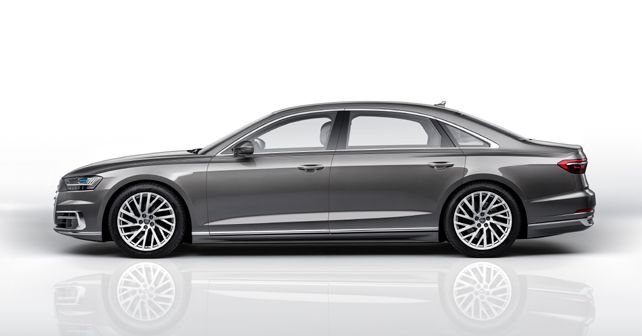 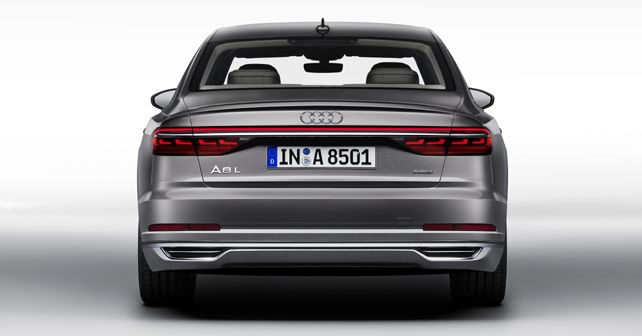 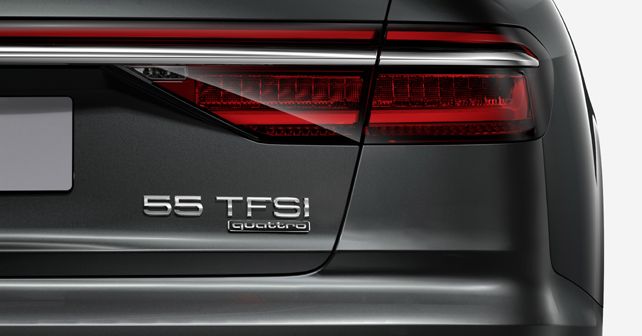 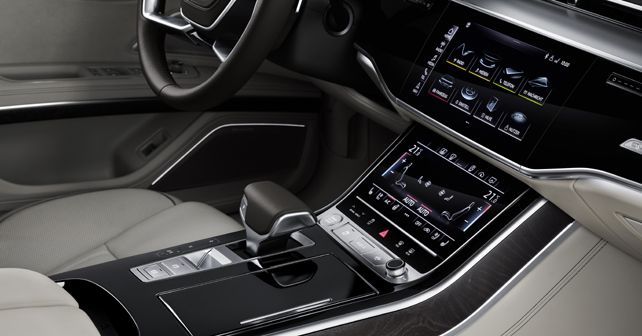 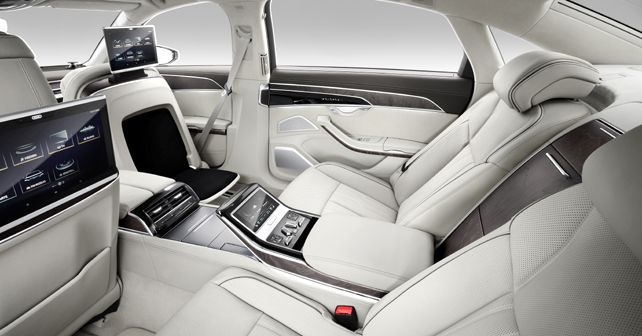 The Audi A8 L is all about rear seat comfort & entertainment 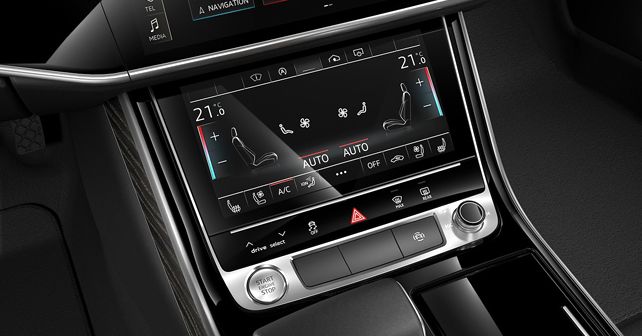 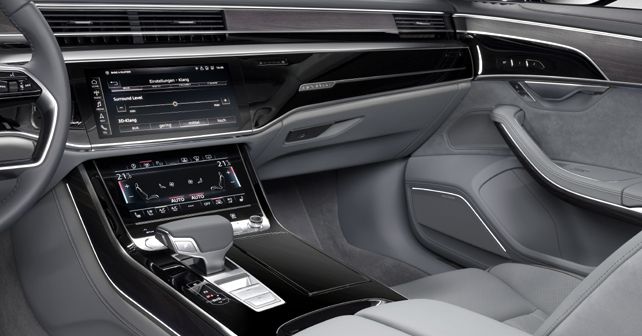 It seems to be a year of flagships for Audi, as the Ingolstadt-based carmaker has launched its second product for 2020 – the new, fourth-gen Audi A8 L. To refresh the memory of our readers, Audi started off 2020 by launching its all-new SUV flagship – the Q8. And now, the much-delayed A8 L (the fourth-gen A8 went on sale internationally in 2017!) has also reached our shores at a price of ₹1.56 crore (ex-showroom). As the name suggests, the A8 will be sold exclusively as a long-wheelbase version here. Long-wheelbase or not, the A8 L will find the Mercedes-Benz S-Class, BMW 7 Series, Jaguar XJ, and Lexus LS 500h in its crosshairs. 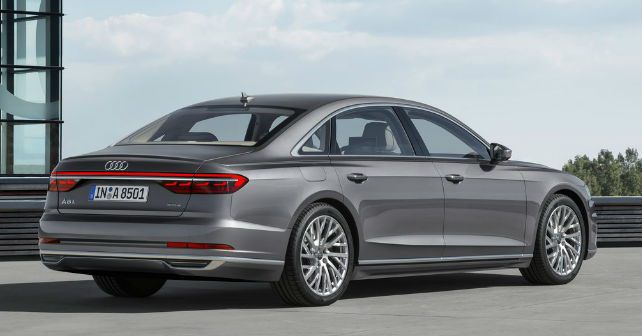 The new A8 L has arrived here with a 48V mild-hybrid system-assisted 3.0-litre (2,995cc) V6 petrol motor (the only powertrain option on offer), which produces 335bhp & 500Nm of torque. The 55 TFSI powertrain that Audi has chosen for the A8 happens to be the same setup found in the recently-launched Q8 SUV. The power is sent to all four wheels (19-inch units) via an 8-speed Tiptronic gearbox. Thanks to the mild-hybrid tech, the A8 L is capable of driving on pure electric power for up to 40 seconds and at speeds of up to 160km/h. For India, Audi is even offering the A8 L with the optional all-wheel steering and adaptive air suspension. 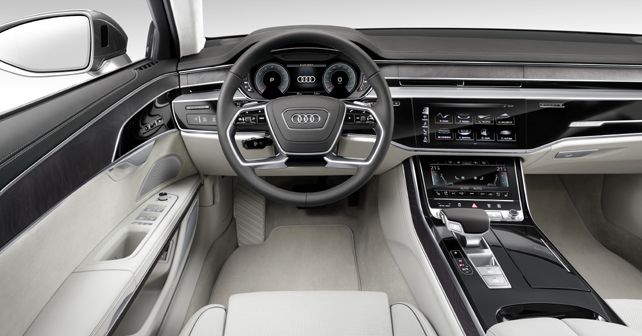 Being a flagship, the A8 L does not disappoint in terms of features, which include, amongst others, a B&O 3D sound system as standard (an upgrade to a 23-speaker 1,920W unit is available), HD Matrix LED lighting at the front and OLED taillamp units. The dashboard offers two touchscreens – a 10.1-inch unit (infotainment & navigation) and an 8.6-inch curved display below (HVAC & seat controls), courtesy of Audi's MMI Navigation Plus & MMI Touch system. Even the instrument cluster is fully-digital (Audi Virtual Cockpit). Further, the A8 L can also be ordered (available as a CBU) with an ambient lighting package, heated seats (front & rear), and up to 10 airbags.