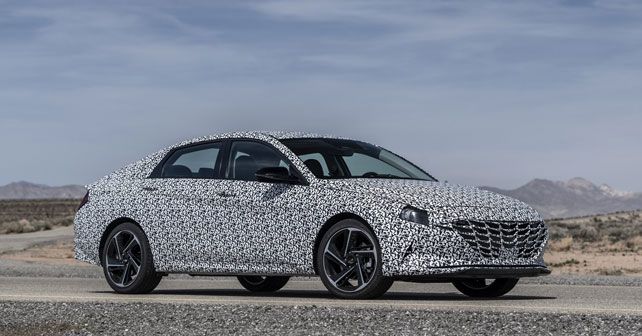 Hyundai has officially revealed that there will be a hot N-Line version of the new Elantra, featuring powertrain and chassis upgrades. Although, little else is known about the car at this stage, here’s what you can expect from it.

It’s been barely two months since Hyundai revealed the all-new seventh-generation Elantra to the world with some very striking design elements, such as a huge and rather gaping front grille, lots of severely angular lines, and a fastback styled rear end. And now the Korean carmaker has revealed a camouflaged hot version of the car, badged as the N-Line. Hyundai states that the Elantra N-Line will feature chassis and performance upgrades to make it live up to its sporty appeal. The new Hyundai Elantra N-Line, then, is the first hot sedan version of the Elantra, as the N version was reserved for the hatchback version until now.

The 2021 Hyundai Elantra N-Line is expected to feature a lowered and stiffer suspension setup and sportier design elements, such as the new set of alloy wheels visible here along with black colour inserts in the lower part of the front and rear bumpers as seen on the standard model as well. This car will get the N-Line badges as well. Unlike the standard car, the N-Line model will also get black ORVM casings and a black roof. 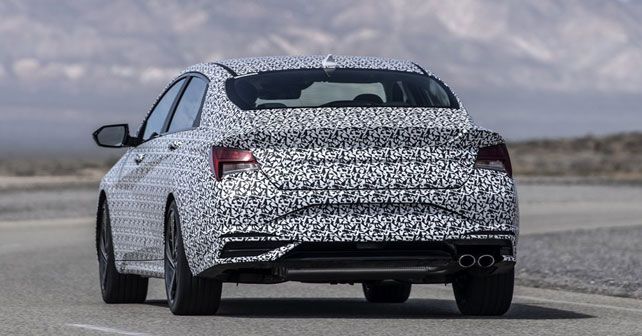 While further details are awaited for the N-Line model, as the company has been tight-lipped about the rest of the specification of the car, it has been confirmed that the new Elantra N-Line will get a turbocharged engine. And the engine that comes to mind for the job at hand is the 1.6-litre four-cylinder turbocharged unit that did duty in the previous-gen Elantra N GT Line hatchback. The engine is good for 201bhp of max power and 265Nm of peak torque. Going by the engine, transmission duties will be handled by either a six-speed manual gearbox or a seven-speed double-clutch automatic gearbox.

With this powertrain setup, the previous-gen Hyundai Elantra N GT Line had a claimed top speed of 210 km/h and 0 –100km/h sprint times of 8 seconds and 7.7 seconds, for the manual version and the automatic version, respectively.