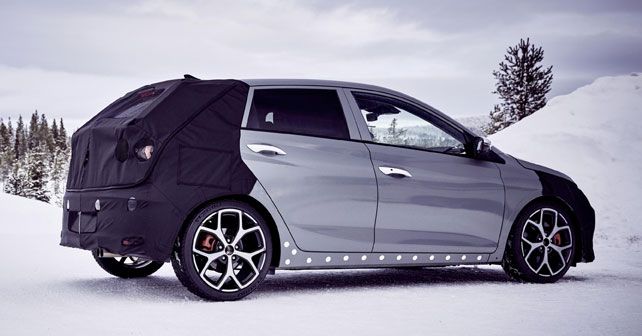 Hyundai’s new third-generation i20 is all set to get a hot version with over 200bhp and other high-performance components.

Hyundai has officially revealed photos of the prototype of the new i20 N being tested on snow. The car will join the company's range of high-performance road cars, which include the i30 N, i30 N Fastback, and upcoming Elantra N-Line.

The new i20 looks very contemporary, and an N version will definitely up the ante for Hyundai’s popular hatchback. In the press material released by Hyundai about the upcoming i20 N, the company’s WRC driver Thierry Neuville is seen putting a prototype of the hatchback through its paces on a frozen lake in Arjeplog, Sweden, where he is also testing the Hyundai i20 WRC car and the RM19. 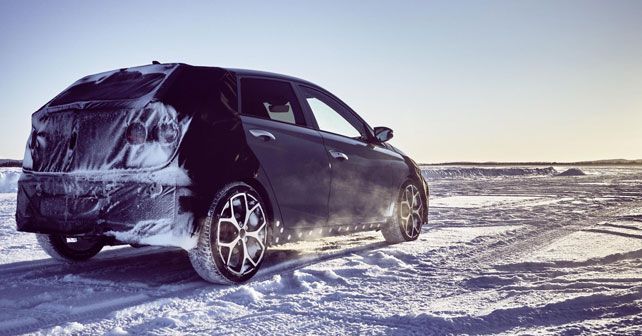 He commented on the new i20 N by saying, 'Very interesting car. Very precise. Very easy handling. The engine is revving nicely, and the noise is very interesting as well. I’m looking forward to getting this one to drive in WRC!'

While Hyundai is yet to reveal more details about the new i20 N, it is expected to be powered by the same 1.6-litre turbocharged petrol engine that’s powered the previous Elantra N GT Line. And it is expected to develop the same 201bhp of max power and 265Nm of peak torque in the i20 N as well. Transmission options, in this case, will include a six-speed manual gearbox and a seven-speed double-clutch auto box. 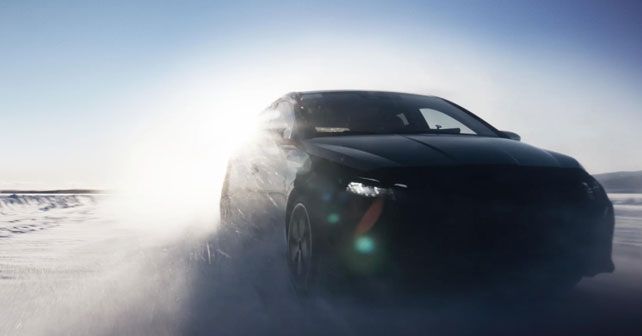 While the prototype looks similar to the standard car as expected, its camouflaged front and rear end hit towards a restyled front facia and rear end. Expect the front end to feature more aggressive styling, additional functional air intakes, lip spoiler, etc., while the side profile of the car will get new side skirts, and the rear of the car, too, will be restyled and gain a set of twin tailpipes.

The Hyundai i20 N is expected to ride lower than the standard car and will feature a quicker steering ratio, a different set of wheels, wider tyres, a stiffer suspension, and uprated brakes for the additional firepower it carries.