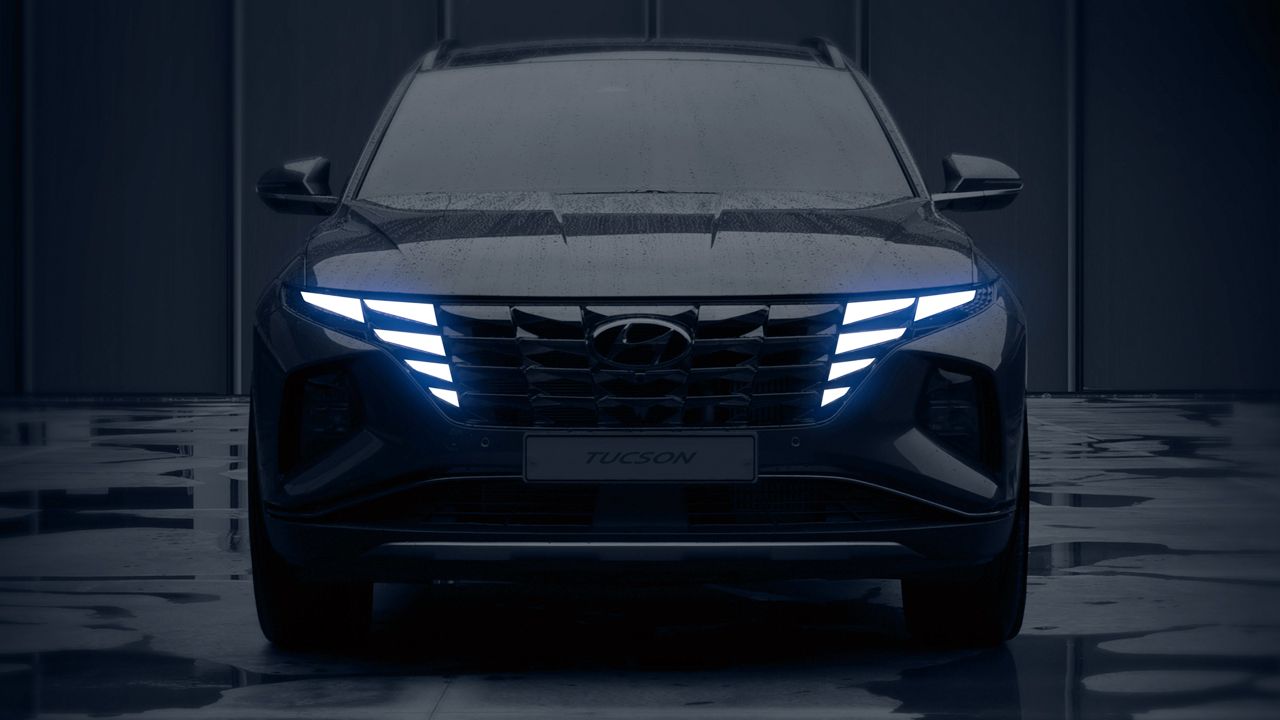 The all-new Hyundai Tucson’s design is based on the Vision T Concept, which was first showcased at the LA Auto Show last year. In the global market, it will be offered in both short and long wheelbase options.

Hyundai has released the first images of the all-new Tucson a few weeks before the global unveiling. The teaser images shared by Hyundai give us a clearer idea of what the car will look like. Based on the Korean brand’s Vision T Concept, which was showcased at the LA Auto Show last year, the new Tucson borrows some of its elements.

The most enchanting element of the new Tucson’s design has to be the front grille. It gets what Hyundai terms as Parametric Hidden Lights, which, in common parlance, means Daytime Running Lights integrated into the front grille – when the DRLs are off, they blend seamlessly into the front grille. As is the trend with a lot of modern models, the new Tucson gets a single strip of LED light stretches across the width of the tailgate and two slit lines for the taillights. In comparison to the outgoing model, the new offering looks a little more sophisticated in its design. Hyundai also claims that the new Tucson is bigger and wider than the outgoing model. In fact, in the global market, it will be offered with short and long wheelbase options. 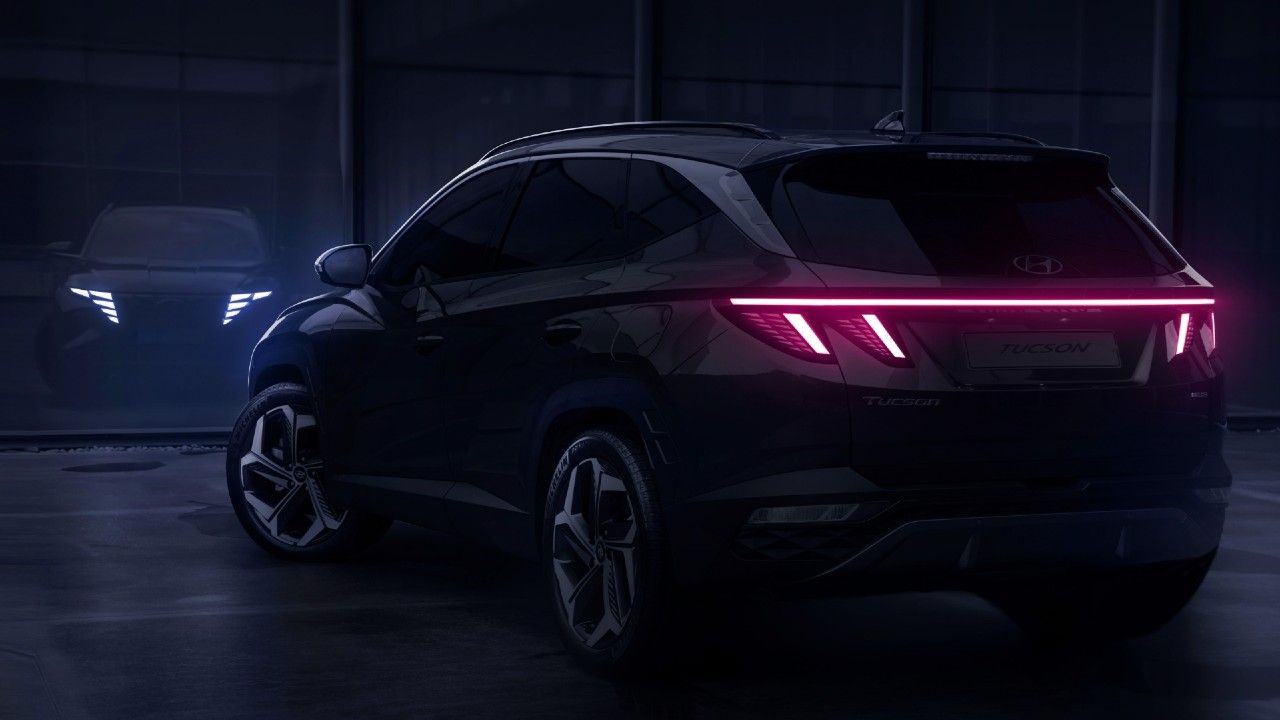 The Korean carmaker has also released a single sketch of the interior, revealing a minimalistic design approach. The dashboard gets a dual-tone black theme, with the same steering as the one we’ve seen on the new Creta. Behind the wheel is a wide all-digital instrument cluster. The fourth-generation Tucson also gets a floating centre console, with a large touchscreen unit. This unit is likely to be the control system for pretty much all functions of the car, including the air-con, infotainment system, and more. 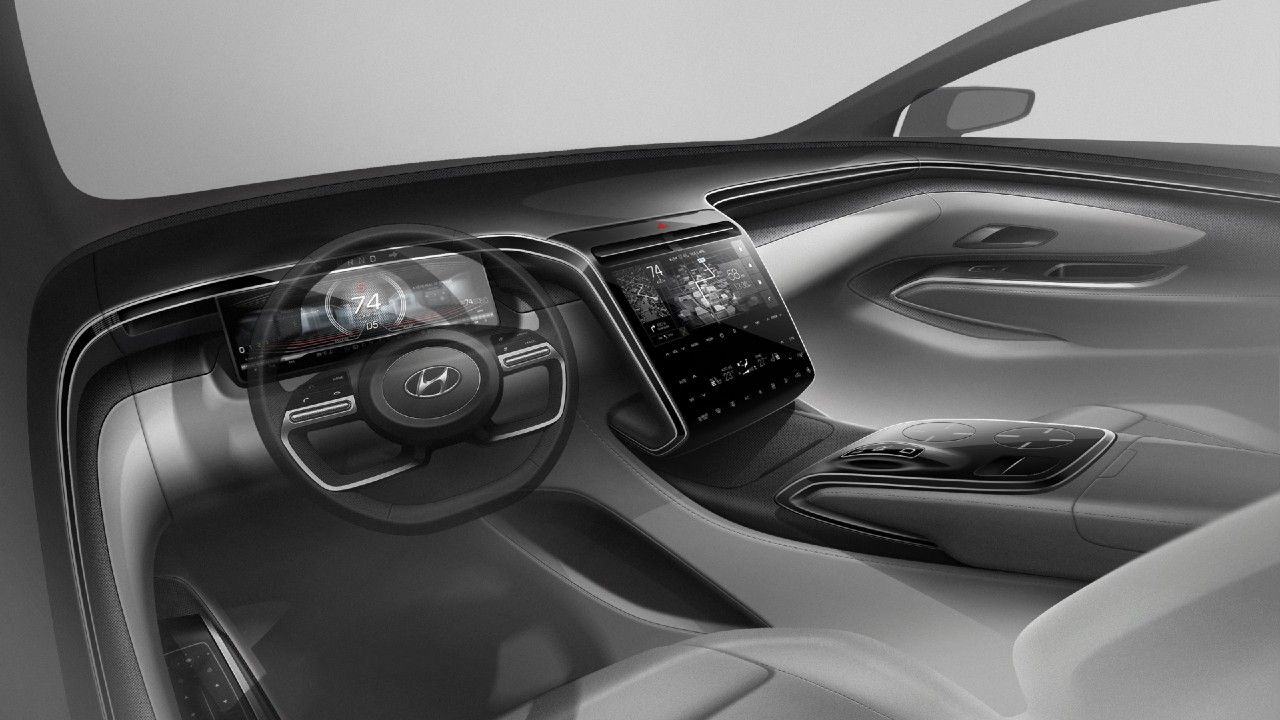 Hyundai is yet to reveal the engine options for this new Tucson, but expect it to be offered with both, petrol, and diesel options. Internationally, it may also get a hybrid option as well. Hyundai currently sells the face-lifted version of the third-gen Tucson in India, which was introduced in July. With that in mind, it will be a while before this fourth-gen model makes its way here. Expect it to be launched in the second half of 2021. The new Tucson will officially make its global debut on 15th September.