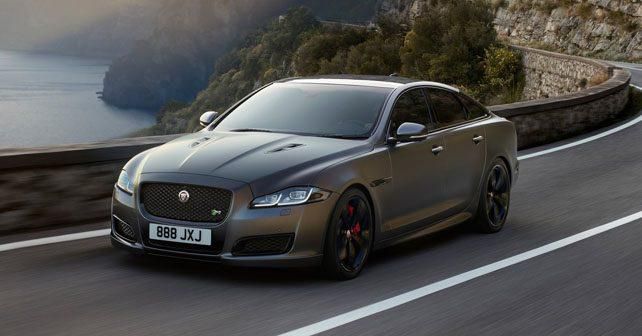 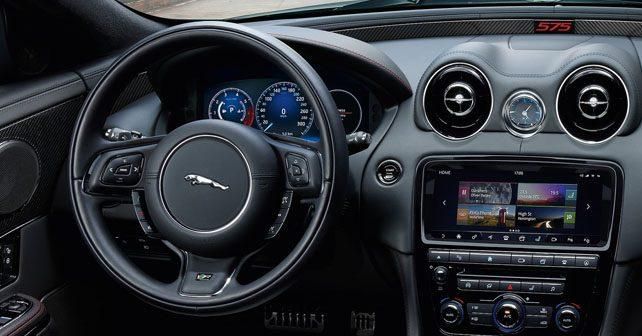 The Jaguar XJR575 is the fastest and most powerful version of the company's flagship saloon.

Remember the camouflaged Jaguar XJ saloon that was shown at the 2017 Goodwood Festival of Speed last month? Well, it’s out now – in full metal – as Jaguar has revealed all the details of the new car. As predicted, it’s the more powerful version of the XJ saloon, and it’s dubbed the XJR575 – owing to the fact that it now develops 575PS (or, 567bhp).

Along with the new XJR575, Jaguar has also given the entire XJ range some mild updates. However, let’s try not to diverge from the main topic. Speaking of the highlights of the XJR575, it retains the 5.0-litre supercharged V8 of the outgoing XJR, however, the motor has been fettled to deliver 24bhp and 20Nm more – the maximum horsepower stands at 567bhp while a peak torque of 700Nm is available. Power reserves from the engine are fed to the rear wheels via an eight-speed automatic.

Performance wise, the extra horsepower helps push the XJR from 0-100km/h in 4.4 seconds – two-tenths faster than the old XJR. The top speed is 300km/h, which is an increase of 20km/h over the car it replaces.

To help onlookers distinguish the XJR575 from lesser models, Jaguar has given it a new front bumper, lower air intakes, new side sills, a new rear wing, gloss black 20-inch wheels with red brake callipers and a lot of XJR575 badging is slapped around the bodywork. Inside, there’s a new 10-inch touchscreen – which is also available on regular models now – 4G Wi-Fi connectivity, diamond-quilted leather seats and, of course, more XJR badging. There are also two unique paint options offered with the XJR575, namely - Satin Corris Grey and Velocity Blue, which are created by Jaguar Land Rover's Special Vehicle Operations division.

The Jaguar XJR575 is only available in the short-wheelbase variant. As a result, chances of it making to our market are quite slim since we only get the long-wheelbase XJ L version here.