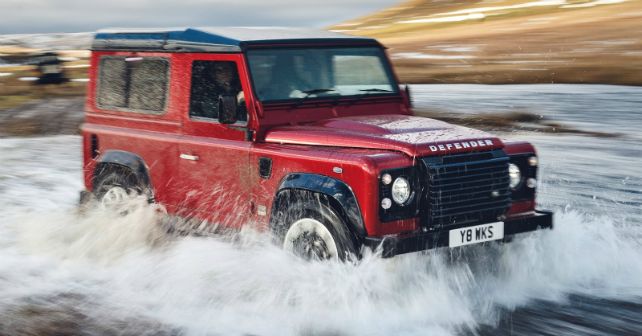 While the new Defender will continue with the signature boxy design cues, it will also have certain details from newer Jaguar Land Rover offerings.

Land Rover has finally announced that they will bring in the new Defender in 2020. The Defender had received its last updates in 2012. The new one promises to be the biggest ever since the launch of the SUV almost forty years ago. As of now, details of the new Defender are scarce, but Land Rover claims that the iconic SUV will be an amalgamation of the signature lines and their new-age design philosophy. Treatment to the interior too is expected to be on similar lines.

There’s no official news about the powertrain options either, but it is likely that the new Defender will come with hybrid tech to enhance efficiency and give better poke in the low-end. With Jaguar Land Rover going all-out with their product strategy in India, we expect the Defender to make its way here too. The car is likely to be brought in to India via the CBU route though.

Land Rover had halted the production of the Defender in 2016. While the British carmaker is working on developing the new Defender, the company recently resurrected the moniker and developed 150 re-engineered units of the car to commemorate the 70th anniversary of the company.