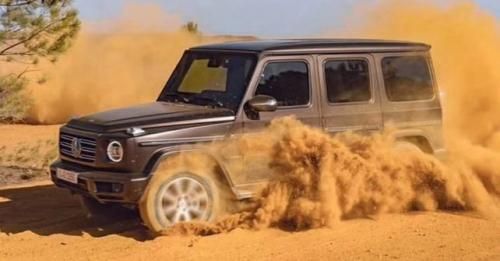 Images of the brand new Mercedes-Benz G-Wagen have been leaked online ahead of its official debut.

The long-awaited new generation Mercedes-Benz G-Class is scheduled to make its official debut at the Detroit Motor Show on January 15. However, images of the new generation of the G-Class have surfaced online ahead of its scheduled date.

The G-Class or more commonly known as the G-Wagen has evolved ever so slightly in terms of design from the iconic boxy shape since it was first introduced as a Military vehicle back in the 1970s. The latest generation builds on the shape with only subtle tweaks. 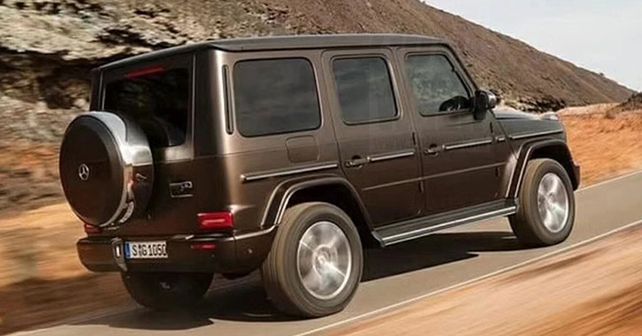 In addition to the overall boxy look, the new G-Wagen continues to sport exposed hinges, rear mounted spare wheel and round headlamps. The changes, on the other hand, include a round LED daytime running lamp incorporated within the round main headlamp. The bodywork has been trimmed and contoured to decrease drag and deliver improved fuel economy, meaning new front and rear bumpers.

The latest G-Wagen while looks mostly similar to the old one on the outside, the inside is where they both differ significantly from each other. The interior cabin has been completely revised and has been given a significant technological upgrade. Under the iconic skin, the new SUV features a revised chassis design that uses a new independent front suspension, adaptive damping control and an electro-mechanical rack and pinion steering setup. With the new rear suspension, the system allows an increase in articulation and wheel travel for better off-road ability. The new SUV will ditch the solid front axle, which the G-Wagen has had from its inception and is vital for hardcore off-roading. 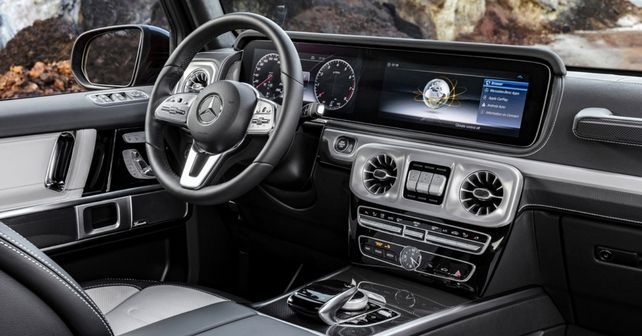 Mercedes-Benz will inevitably reveal their top spec performance version of the car from their AMG division. The G63 AMG will be powered by a twin-turbocharged 4.0-litre V8 mated to a nine-speed automatic transmission. From the G-Class family, it is the G63 from AMG that is most likely to arrive in India, but no earlier than the second half of 2018.