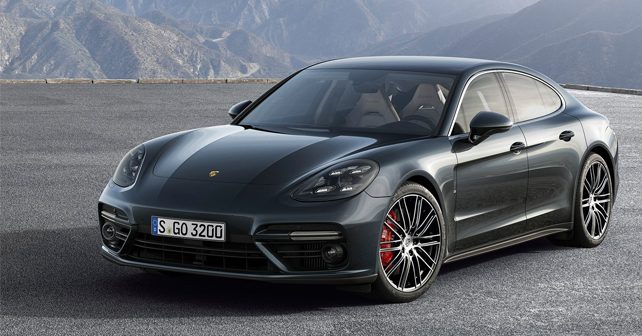 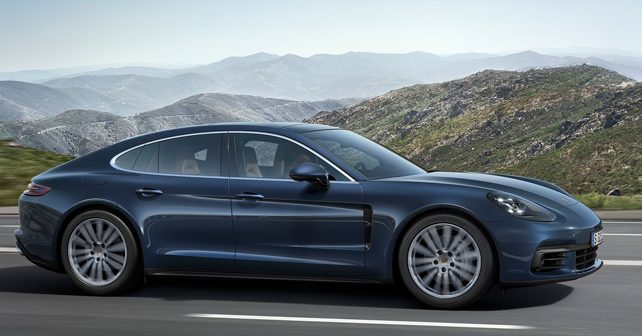 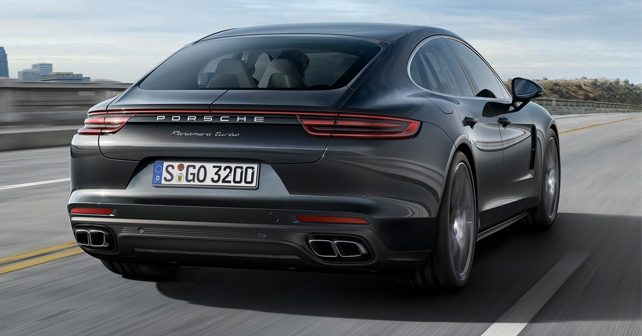 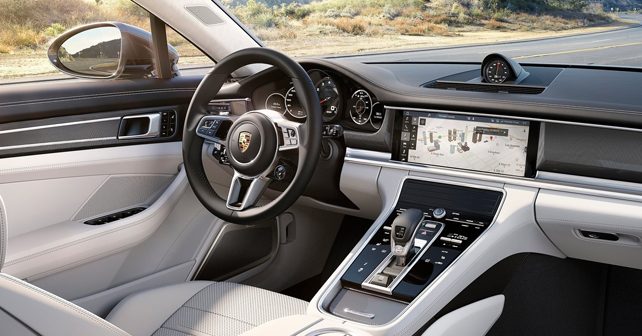 Details and images of the new Porsche Panamera have been officially revealed. Built completely from the ground-up, the second-gen Panamera is based on Porsche’s all-new MSB platform and gets new biturbo range of V6 and V8 engines.

The first-gen Porsche Panamera was launched in 2009, and has been marketed as a four-door luxury coupe. Now with the all-new model, the basics remain all the same but Porsche has revised the mechanicals and more importantly styling of the new model heavily. In profile it looks largely identical to the outgoing model, but it’s 35mm longer, 6mm wider, 5mm taller and sits on a wheelbase of 2,950mm which stretched is by 30mm. Then there’s the exterior styling which has been completely redone with this new model.

Up front, it gets new air intakes, a new grille and LED headlights with signature four-point LED DRLs. The front end retains the long and sweeping bonnet, but the wheels are pushed further forward to reduce the front overhang. Towards the side and back, the fast roof line is now 20mm lower and it gets new 911-esque LED tail lights which are interconnected by a narrow LED strip.

Next is the new 2.9-litre twin-turbo V6 petrol that powers the 4S. It delivers 434bhp and 550Nm. 0-100km/h will come within 4.2 seconds aboard the 4S fitted with the Sport Chrono pack. The 4S Diesel on the other hand is touted as the fastest diesel production car in the world by its maker. It features a 4.0-litre twin-turbo V8 diesel mill that churns out 416bhp along with a monstrous 850Nm of torque. 0-100km/h is dismissed in 4.3 seconds and the top speed is pegged at 285km/h. All the models come with all-wheel drive and 8-speed automatic gearbox.

The new Panamera also features a ‘Sport Response’ button like 918 Spyder offering Normal, Sport, Sport Plus or Individual drive modes. Adaptive air-suspension and rear-wheel steering are some of the other highlights.

Sales of the new Panamera will start sometime in November 2016 in major European markets. It’s also certain that Porsche will be bringing in the new Panamera to our shores, although the dates are not confirmed as yet.