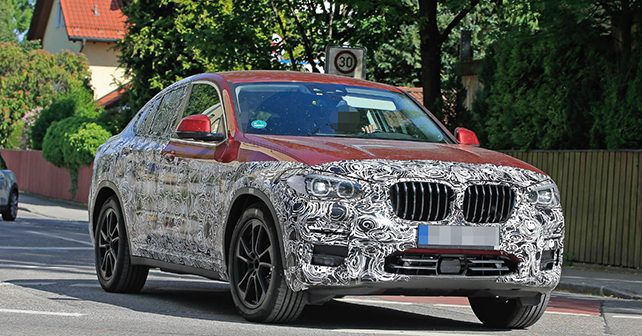 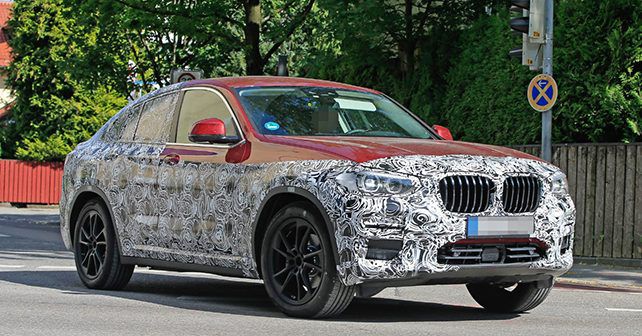 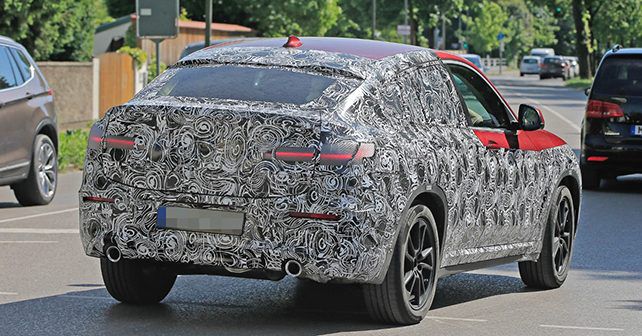 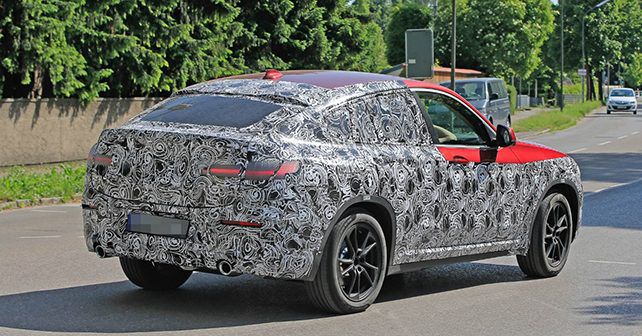 BMW only launched the coupe-styled X4 in 2014, but the Bavarian-based car manufacturer is in no mood to rest on its laurels. Therefore, BMW is working hard on the next-generation X4, which will be launched next year. Now many may ask why to replace the current X4 as its only 3 years old, 4 years by the time the new one is launched. Actually, the X4 is based on the underpinnings of the X3, which is almost 7 years old, therefore, with the 2017 X3 soon to make its debut, it made sense to upgrade the X4 as well. Getting back to the new X4, our magazine partners, Quattroruote, caught the heavily cloaked prototype doing test rounds in Munich.

The latest spy photos reveal that the 2018 X4 will continue to have a very aggressive road presence with bigger and more imposing kidney grilles along with new re-designed headlamps. Coming to the rear, this Sports Activity Vehicle gets a new inclined tailgate with the BMW badge in the middle. The rear number plate has now been pushed all the way down to the bumper.

Coming to the all-new CLAR platform, as mentioned earlier it will be shared with the X3, this new rear-wheel drive platform will be up to 100kg lighter than the current model. So, expect the new X4 to be a more driver-centric vehicle with razor sharp handling capabilities. The next generation X4 will also be longer, which will be a boon for rear passengers as they will now get a lot more legroom.

So, what engines will the X4 boast of? There will be the 2-litre four-cylinder petrol engine with an electric motor setup like that 330e. Based on the sedan’s specifications, the X4 should develop 249bhp and provide an all-electric range of 50km. It will also be powered by the  2.0-litre four-cylinder diesel engine. For those who are looking for some serious power, BMW will also take out an M version of the X4, which will be boosted by the M3's inline six 3-litre with around 500 ponies.