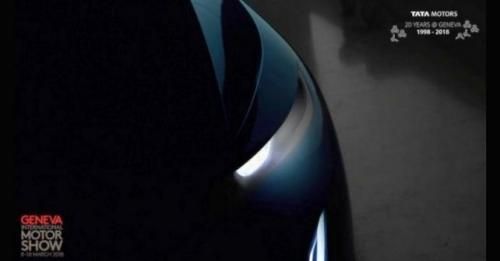 A new Tata saloon concept is debuting at the Geneva Motor Show 2018.

After showcasing H5X and 45X concepts at the 2018 Auto Expo, Tata Motors is set to reveal another concept vehicle at the upcoming Geneva Motor Show.

While absolutely no mechanical detail of the car has been shared in the teaser, it is said that this concept will preview a Honda City challenging mid-size saloon. If this turns out to be true, it will make the upcoming Tata concept a very important one as the company has never had an upscale saloon in its lineup.

The concept will be based on the company’s new modular AMP platform which also underpins the 45X concept. If given a green signal for production, this saloon will use Tata’s Revotron and Revotorq series of engines which are found on the Nexon, albeit with more power.

This new concept will be the third model to be based on Tata’s new Impact Design 2.0 philosophy, which automatically elevates our expectations in term of its design. Afterall, both the H5X and 45X were absolute showstoppers at this year’s Auto Expo primarily thanks to their striking aesthetics.

This year will mark Tata Motors’ 20th appearance at the Geneva Motor Show. The homegrown carmaker first appeared at Geneva in 1998 with the very first Indica hatchback. Over the years, Tata has debuted interesting concept cars like the Tamo Racemo, Hexa concept, Tigor Geneva edition, etc. at Geneva.