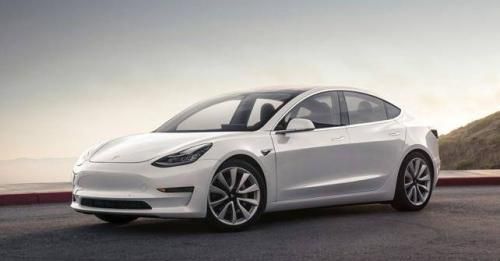 Unveiled in its production guise for the first time, the “great and affordable” Tesla Model 3 is finally a reality. In a ceremony at Tesla’s factory in California, the first 30 units of the car were handed over to the first owners. While the first 30 owners are all Tesla employees, the company is expected to commence customer deliveries of the car across the American market very soon.

Tesla unveiled the Model 3 concept first in April 2016. Back then, Tesla’s CEO, Elon Musk, described it as the firm’s “master plan””. You see, as per Musk, making affordable and attainable cars for the masses has always been Tesla’s main aim. Sure, the already available Model S and Model X with their steep price tags don't quite back Musk’s words, but the truth is that the company had been relentlessly working to develop an affordable mass-market vehicle for the past few years. The upshot of that is Model 3.

Inside, it’s not bare bones, either. The Model 3 features a seamless wood-panelled dashboard without any instrument - except for a large centrally-mounted touch-screen. The car will also have Tesla’s autopilot features, including emergency braking system. Over the time, there will be more optional systems that will be offered with the Model 3.

With the Model 3 finally seeing the light of the day, Tesla has reached yet another milestone for sure. However, the road ahead doesn’t seem all that smooth for the firm. Since its unveiling last year, the Model 3 has garnered over 500,000 pre-orders from prospective buyers worldwide. Meeting that kind of demand, in the current scheme of things, is going to be a tall order for the firm. Tesla, however, seems all prepared to take on the task at hand since the firm is looking to increase its annual production capacity to 500,000 vehicles – four times as much as it’s now.

The Tesla Model 3 is also expected to come to India – although don’t expect to see one on our roads any time before 2018.