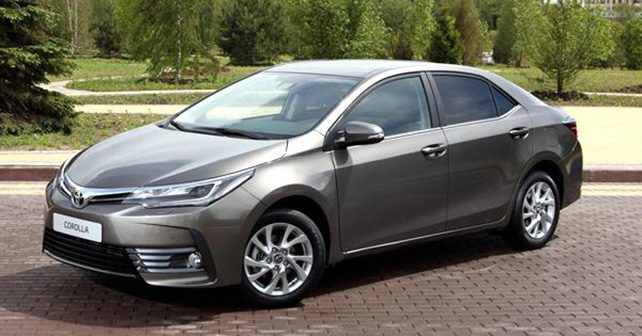 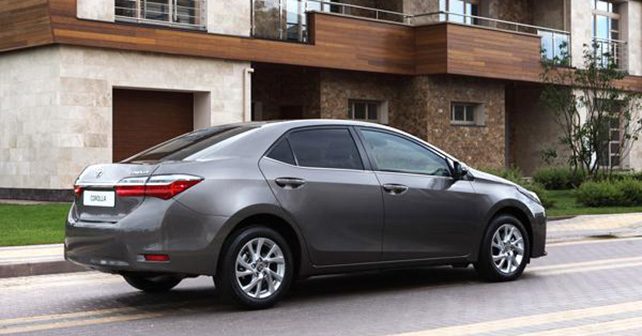 Toyota has revealed the new updated Corolla Altis prior to the car’s international debut set to take place later this year.

The facelifted Corolla Altis will feature updated styling along with additional features for the global market and some of them will also arrive in India as well.

The updates on the exterior of the car include a revised front bumper with a large central air dam and new fog lamp assembly. The multi slat front grille has been replaced with a single slat front grille, flanked by newly styled LED headlamps with day time running lights for the top end model. The rear tail-lamps have also been changed to LEDs, however the rear bumper remains identical to the currently model. Toyota has also given the faceifted Corolla Altis a brand new set of alloy wheels.

In terms of safety, the Toyota Corolla Altis will get lane departure warning, automatic high beam and a pre-collision system that uses sonar technology that tightens the seatbelts and preempts the brakes when the car senses an unavoidable collision before its about to happen. But due to Indian road compliance regulations, the Indian market is most likely to miss out on this vital safety feature.

Currently the Toyota Corolla Altis is offered with a 1.8-litre petrol and 1.4-litre diesel engines in the Indian market. Though details about the engines have not been revealed, its likely the power and drivetrain will remain the same with minor performance upgrades.

The Corola Altis is sold with two versions globally with distinguished styling. One of which is sold in the American market, while the one sold in Europe and Australia, similarly styled in line with the new Prius, is expected to be brought in for the Indian market.