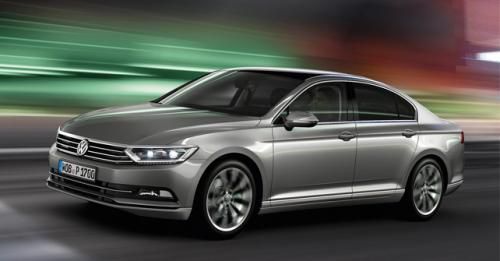 The eighth-gen Volkswagen Passat will be offered with a 2.0-litre diesel engine, paired to a six-speed DSG automatic.

Last month, Volkswagen India made it official that the all-new Passat has entered production at its Aurangabad facility. And, now, the launch date of the premium saloon has been revealed - Volkswagen will be putting the new Passat on sale across the country on October 10, 2017.

The Volkswagen Passat is not a new name here as the sedan was on sale in India for quite a while. However, owing to poor sales, the firm decided to axe the last-gen model from the market back in 2014. Around the same time, Volkswagen unveiled the eighth-gen Passat in global markets. Last year, it was also showcased at the Delhi Auto Expo – albeit that was the plug-in hybrid GTE variant, and the one coming to our market is the diesel version.

The eighth-gen Passat is based on VW’s latest MQB platform and is the first VW sedan in India that uses the new lightweight architecture - never mind, sister-brand Skoda’s been using the same platform for the Superb and Octavia for quite some while in India now. Anyway, thanks to the new platform, the forthcoming Passat is going to sit on a 79mm longer wheelbase than before and will feature lightweight components in its construction. The styling has been updated as well and it’s quite a handsome looking sedan with clean and taut lines.

Speaking of the powertrain, Volkswagen will only offer the new Passat in a single engine option - a 2.0-litre diesel engine that develops 174bhp and 350Nm of torque. Power transmission duties will be carried out by a six-speed DSG automatic, sending the drive to the front wheels.

Expect the new Volkswagen Passat to carry a price-tag of around Rs 28 lakh to Rs 30 lakh. The VW Passat will compete against usual suspects - the Toyota Camry and Skoda Superb, while it’ll also be a rival to more expensive cars such as the Honda Accord Hybrid and entry-level German luxury cars, the Audi A3 and Mercedes-Benz CLA.