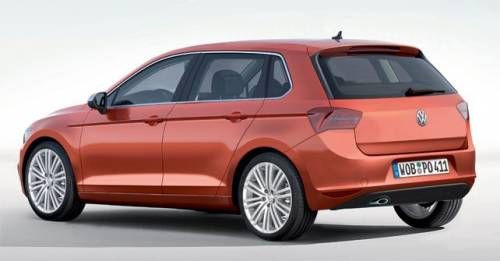 Next-gen Volkswagen Polo all set to be revealed soon. Beetle and Scirocco to be axed so as to cover the costs of diesel emissions scandal.

It might sound like a broken record now but, Volkswagen’s diesel emissions scandal has really taken a toll on the group's future plans. The German auto major pulled out of WRC (Volkswagen) as well as WEC (Audi) programmes last year to cover the losses/penalties incurred due to its infamous emissions fiasco and, more recently, it was also reported that Volkswagen's subsidiary, Audi, is planning to sell off the Ducati brand in the aftermath of the diesel emissions scandal. While there’s no official confirmation on the latter, there’s another piece of news coming in now. And, guess what, it’s also related to Volkswagen’s cost cutting measures.

According to reports, during the annual Volkswagen Group meeting that was held recently, the group confirmed that it’ll be pulling the plug on the hard-top Beetle and Scirocco models. That might sound like a big decision, but since these models are the slowest selling for the brand, it had to happen sooner or later.

All is not lost though. While axing the Beetle and Scirocco might save Volkswagen some cash, the firm is not going to stop spending money on new projects. Volkswagen is reportedly going to put the all-new Polo hatchback (check the rendering above, provided by Quattroruote) into production sometime in June 2017, while the new-gen T-Roc compact-SUV – which was teased only a few days ago – is going to go on sale around August 2017 in global markets. In fact, it’s not just small cars that Volkswagen is spending big bucks on, the company is also expected to unveil the third-gen Touareg by the end of this year. And, if sources are to be believed, Volkswagen is also mulling giving the Jetta a much-needed makeover for the North American market. It seems like Volkswagen Group’s financial affairs aren't as troubled as we're made to believe then...

Also, read: Exclusive – The Sixth Generation of the Volkswagen Polo