Next-gen Aston Martin Vantage to be revealed on November 21, 2017 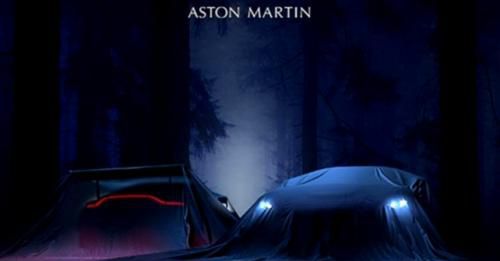 Aston Martin’s best-selling model is set to get a major overhaul very soon.

Aston Martin has confirmed that the next-generation Vantage will be officially shown to the world on November 21, 2017.

The Vantage is the entry-level model from the British sports GT carmaker, and was launched way back in 2005 in its current iteration. During its 12 year life-cycle, the outgoing Vantage received numerous variants and special editions, including a Zagato version, before its production ended earlier in 2017.

For its new generation, the Vantage will draw a lot of its design inspiration from the new DB11, and even the James Bond exclusive DB10. Aston Martin has already teased the new Vantage under a veil, giving us a glimpse of a few design elements. The most prominent feature is the new LED running strip at the rear, which will join the boomerang-style tail lamps for a dramatic effect. A huge rear wing is also seen in the teaser.

Up front, the new Vantage is expected to feature the latest evolution of Aston Martin’s characteristic grille, which first debuted in the Vulcan hypercar. Rumours suggest that the new grille design would echo that of the DB10, which is far more aggressive than Aston’s other new models.

Mechanically, the new Vantage is expected to benefit from the AMG-sourced V8 engine, which is a 5.0-litre twin-turbo unit. Power figures are expected to be around the 500bhp mark. The current Vantage is one of the rare breed of supercars to be still offered with a good old-school 6-speed manual gearbox. Whether the manual transmission will be kept alive in the new model is not yet known. The outgoing Vantage has a V12 engine option as well, which again, isn’t certain to make it to the new generation.

Expect the new Vantage to hit showrooms globally in the first quarter of 2018.