Next-Gen Audi A8 will be a hybrid as standard 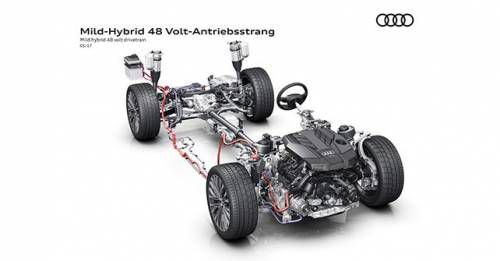 Audi has revealed the brand new platform for the upcoming next-generation A8 luxury saloon, which will feature a hybrid powertrain as standard.

Audi claims that the fourth-generation Audi A8 is set to advance electric mobility to a whole new level. The new Audi A8 will be equipped as standard with a hybrid powertrain.

The new powertrain in the next-generation A8 will feature mild hybrid technology. The engine will be equipped with a 48-volt electrical system. This system will consist of two main components to the entire mechanism of the technology. First is a water-cooled 48-volt belt alternator starter (BAS), which works with the conventional pinion starter. Secondly, the A8 has a lithium-ion battery in the luggage compartment, which accumulates energy for the mild hybrid system with a 10 Ah charge carrier capacity.

The belt alternator helps in allowing the engine stop/start function to respond quicker when the car is coming to a halt at a red light but suddenly needs to accelerate if it turns green. The combustion engine is activated instantly when the driver lifts off the brake pedal.

Audi claims that the all-new A8 will have a completely noiseless and zero emission coasting mode which can be activated within 55 to 160km/h. The start/stop feature itself is activated at speeds above 22km/h.

The technology in the powertrain management system uses various equipment like a large network of sensors and the front camera decides whether the A8 is in coasting or recuperation mode. The system recovers energy under braking or when coasting. Additionally, it can detect if it is getting too close to the vehicle in front while coasting. All this results in making the vehicle reduce its fuel consumption and make it more efficient. Audi claims the system can save up to 0.7 litres per 100 kilometres.

The all-new Audi A8 will be officially revealed on July 11, 2017, at the first Audi Summit in Barcelona. 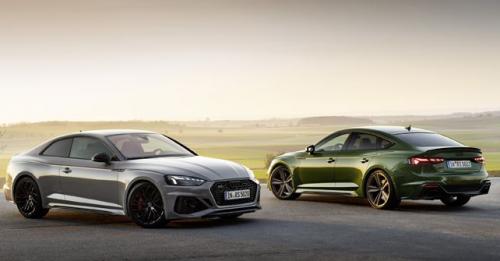