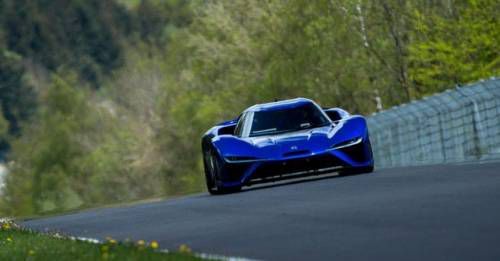 With a newly set lap time of 6 minutes and 45.9 seconds, the Nio EP9 is now the fastest production car at the Nurburgring racetrack.

Remember the Nio EP9? The electric supercar sensation that set the fastest EV (electric vehicle) lap record at the Nurburgring? Well, it’s hit the headlines again. You see, after having bagged the aforementioned record, its makers weren’t really impressed with the final lap time, especially because of the tricky weather conditions on the day the record was set. So, sometime in last week, they decided to head back to the Nordschleife – in subsequently better track conditions – so as to clear their doubts. The Nio EP9 set a new lap record of 6m45.9s – around 19 seconds quicker than its previous time. But, in the process of bettering its own lap time, the Nio EP9 has also gone on top of the timesheet and it’s now the fastest production car around the racetrack!

The Nio EP9’s now set lap record makes it faster than the Lamborghini Huracan Performante that lapped the track in 6m52.01s. In fact, the electric supercar has gone faster than the Radical SR8 LM’s 6m48.28s, which is quite a feat considering the Radical was mostly untouched by other production cars in the past.

The credit for Nio EP9’s lap-time-smashing performance can be singlehandedly given to its electric powertrain. The Nio EP9 has four high-performance electric motors coupled to four individual gearboxes. All combined the system churns out 1MegaWatt or 1,341bhp of maximum power along with 1480Nm of torque. Performance figures are quite impressive as a result. 0-200km/h is done in 7.1 seconds before it hits its top speed of 313km/h.

How much does it cost? The Nio EP9 has been priced at around 1.48 million US dollars (Rs 9.5 crore!). However, even if you’re wealthy enough to buy one, it might require a lot of effort, and luck, to get one. Thus far, Nio has only built six such supercars, and have just confirmed the second batch of 10 EP9 supercars. 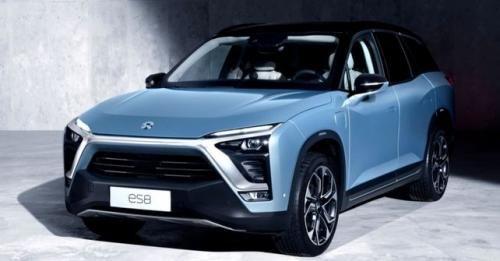 Nio ES8 rivals Tesla Model X at half the price