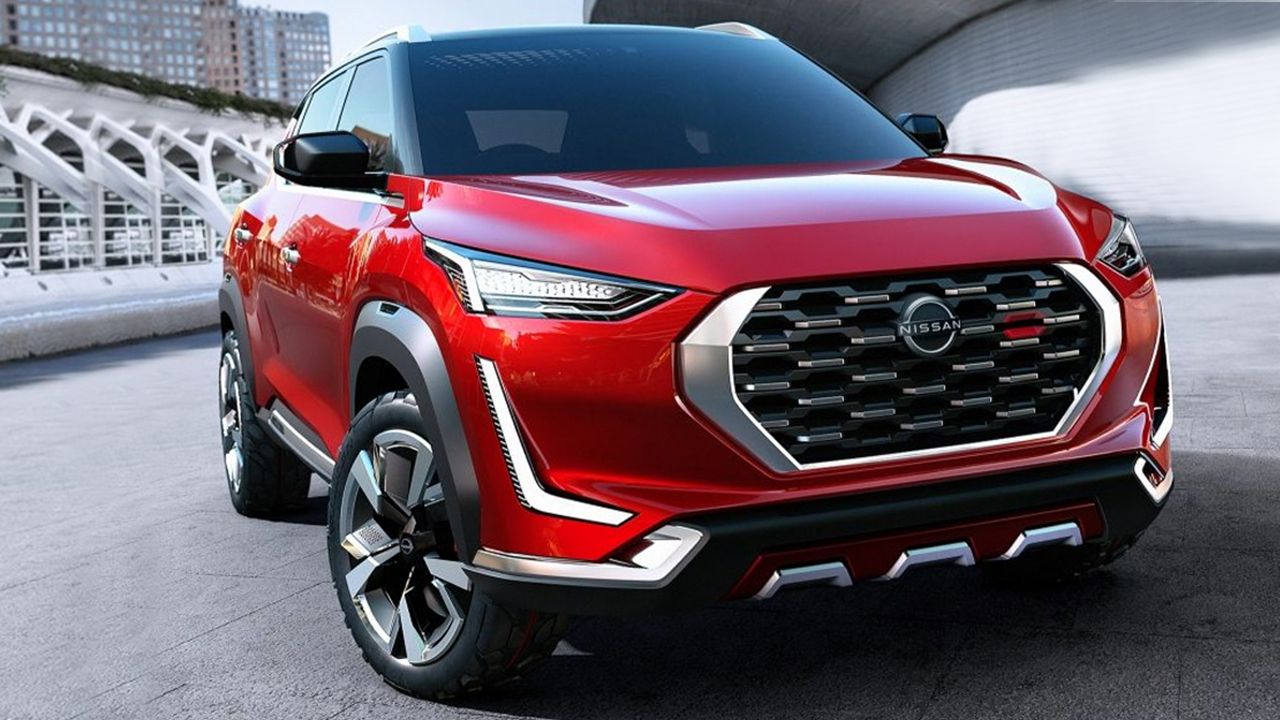 The Nissan Magnite compact SUV has been designed in Japan and will be built in India for both domestic and international markets.

Nissan's upcoming B-SUV, designed specifically for the Indian market, made its global debut last month as the Magnite Concept, and now, autoX has learned that the Magnite will make its global debut in final production-form on 5th October 2020. For those not aware, the Nissan Magnite will be the Japanese marque's new entrant into a highly-competitive sub-4m compact SUV segment, which is set to become more aggressive in the coming months, with the arrival of the Kia Sonet and the Renault Kiger.

Not much is known about the Magnite's final specs at the moment. However, reports do suggest that the Magnite will be 'big' on cabin space. Of course, by 'big' we don't mean the space of a full-size SUV but a clever, well-packaged interior, which will be the Magnite's likely USP.

Given the modern trend, expect the Magnite to be loaded with tech. Thus, things like LED lighting, an 8.0-inch infotainment touchscreen, 360-degree surround-view camera, cruise control, steering-mounted controls (phone/audio), auto climate control, and connected car tech can be expected on the Magnite's list of features.

In terms of powertrain, the Magnite is expected to launch with two engine & three gearbox options. The engine line-up could consist of a 1.0-litre three-cylinder naturally-aspirated motor (71bhp approx.) and a turbocharged counterpart of the same capacity (94bhp approx.). Gearbox options could be among a manual, AMT, & CVT automatic unit.

As mentioned above, the Magnite will be built in India – at Renault-Nissan's manufacturing facility in Tamil Nadu, both for the domestic as well as the international markets. Expect the Nissan Magnite to launch in India by mid-January 2021.