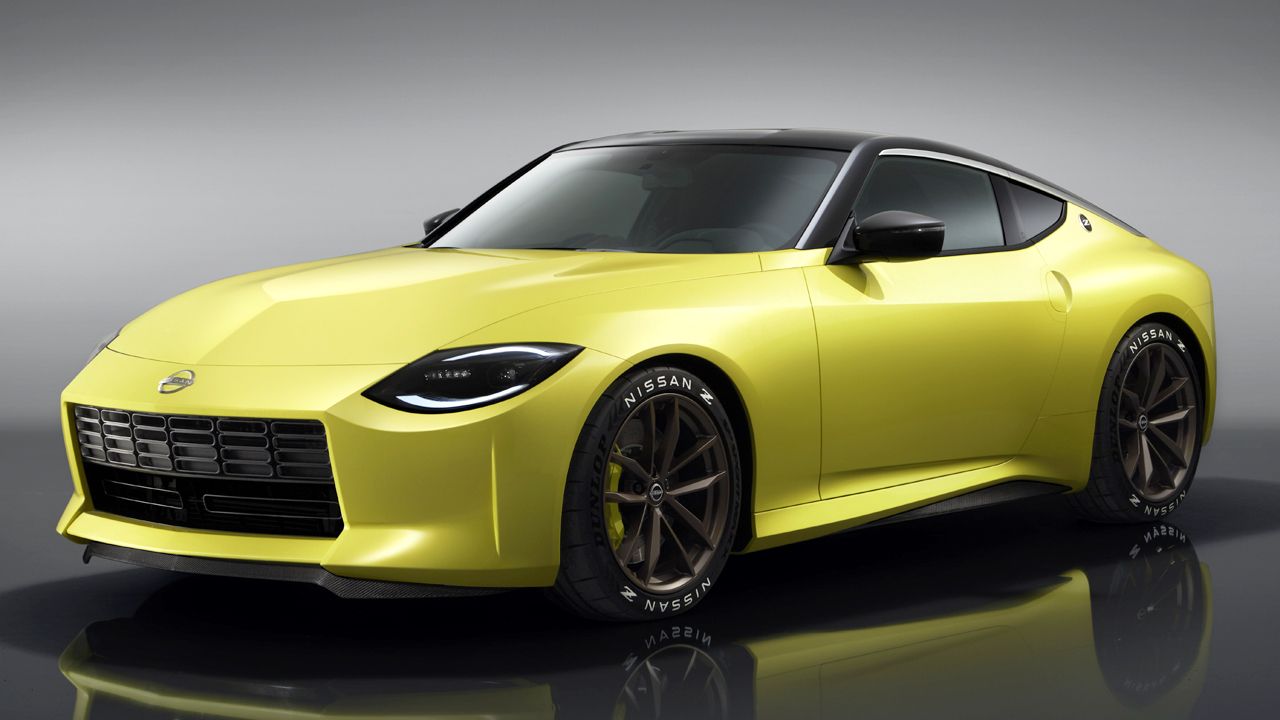 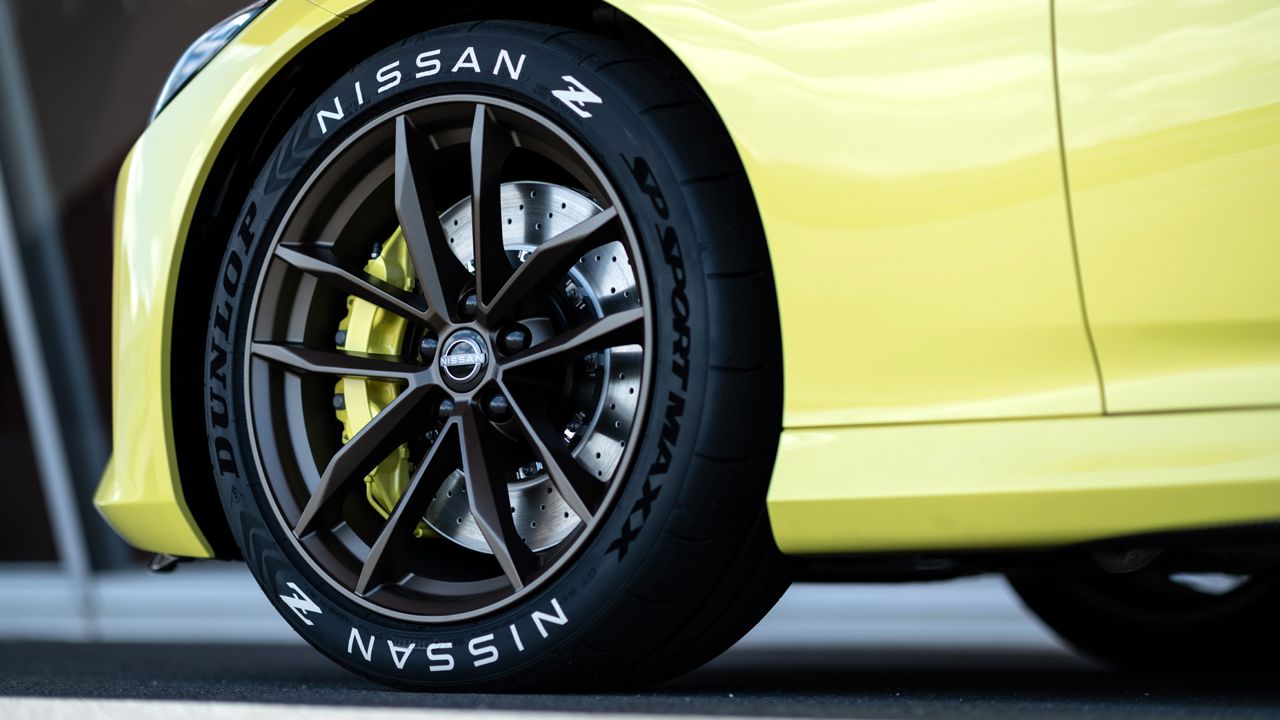 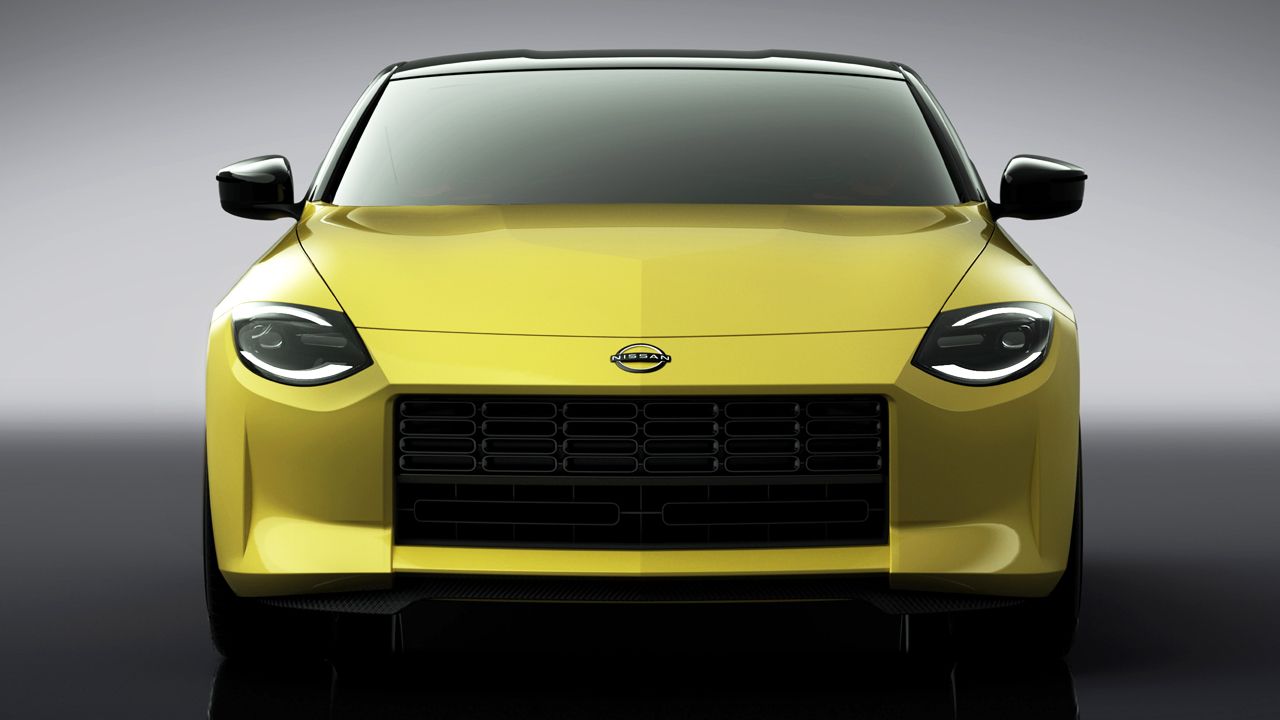 The arrival of the Nissan Z Proto confirms the fact that the final production model will be powered by a twin-turbo V6 motor mated to a six-speed manual gearbox.

Nissan claims the Z Proto 'looks to the future, inspired by its past'. The statement makes sense, keeping in mind that the Z Proto features all the latest & modern mechanicals but on the design front, it's gone retro and in doing so pays homage to the original Nissan Z GT sports car (the S30/Nissan Fairlady Z/Datsun 240Z) and to some other preceding generations as well. 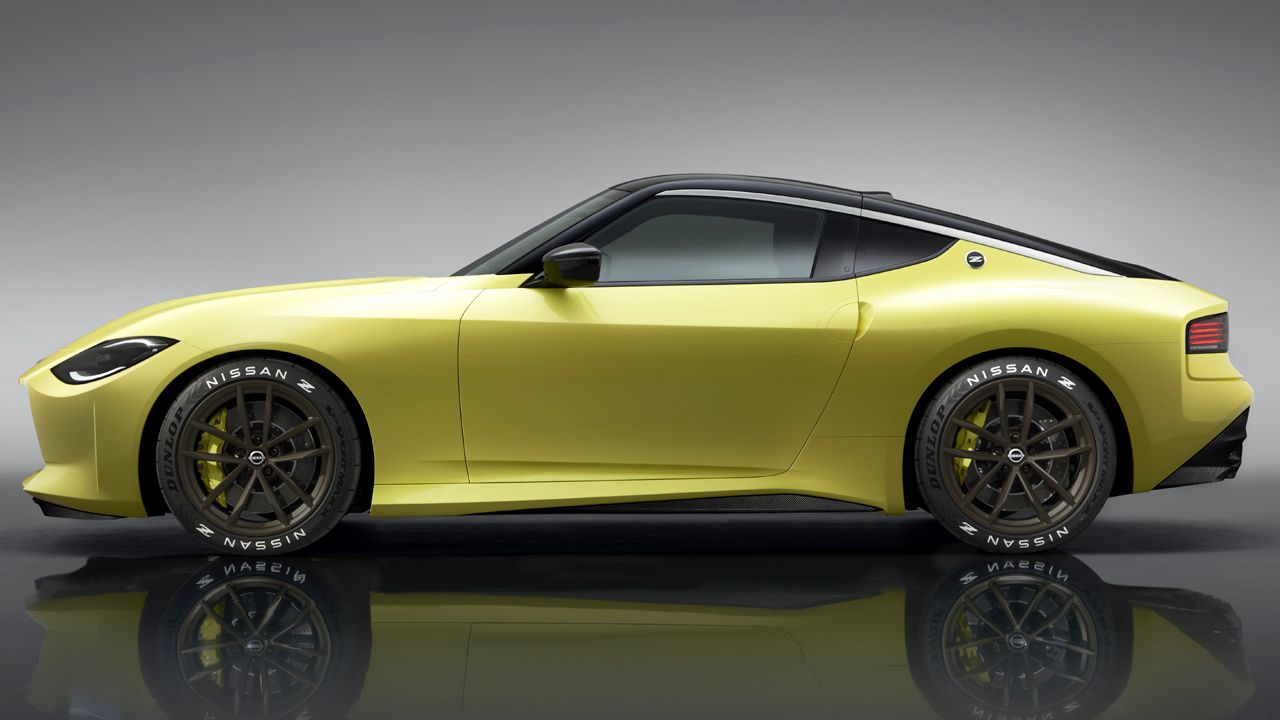 The Z Proto's silhouette, the swooping roofline, the shape of the hood, bright yellow pearlescent paint as well as the teardrop-shaped LED headlamps hark back to the original 240Z (S30). As for a modern touch, the Z Proto gets a contrast black-painted roof. Coming to the slightly odd-looking rectangular grille, folks at Nissan explain that the shape is in line with the current 370Z's design. It gets oval fins though, to give it a modern-retro look. 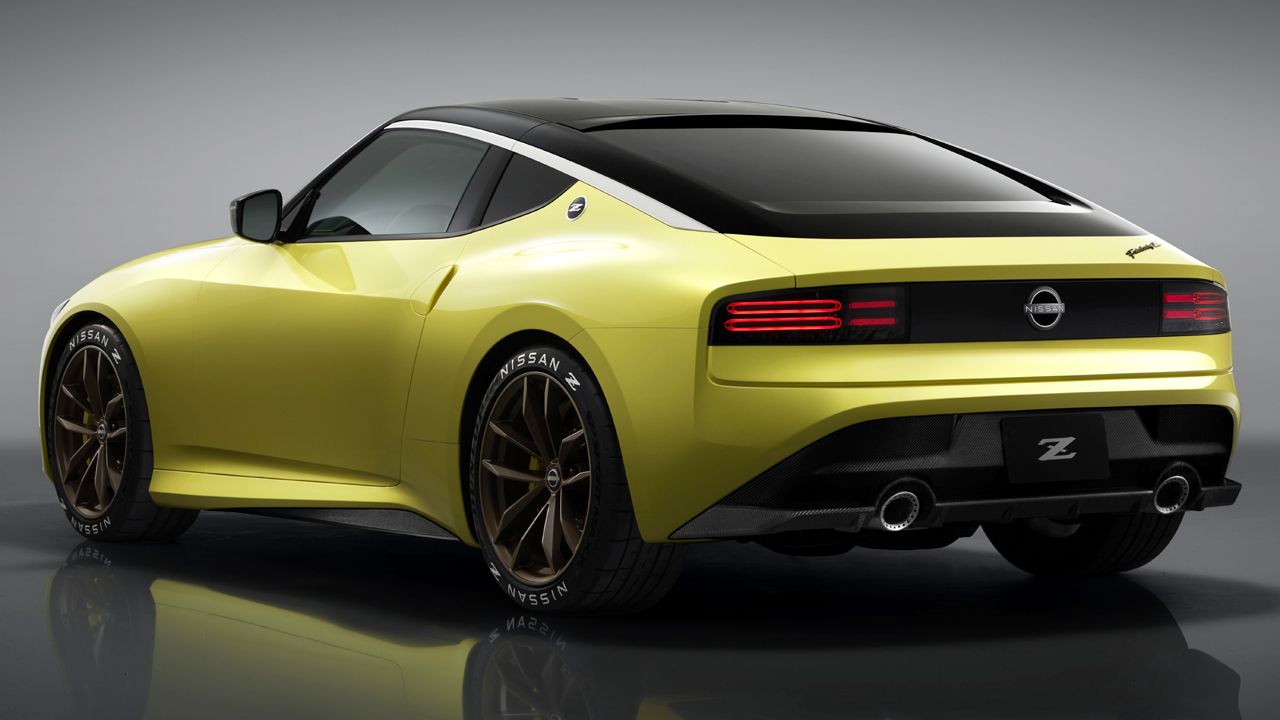 However, it's the Z Proto's rear design which looks really distinctive & enticing. The squared-off look has been inspired by the third-gen Z32 (300ZX). The new LED taillights are set within a rectangular black section that runs across the width of the tail. Plus, the slightly oval-shaped light signature ties the design to the front grille. Once again, some modern touches to the overall design include the addition of carbon fibre side skirts, front bumper lip as well as the rear valance. 19-inch alloy wheels and dual exhausts complete the Z Proto’s modern-retro look. 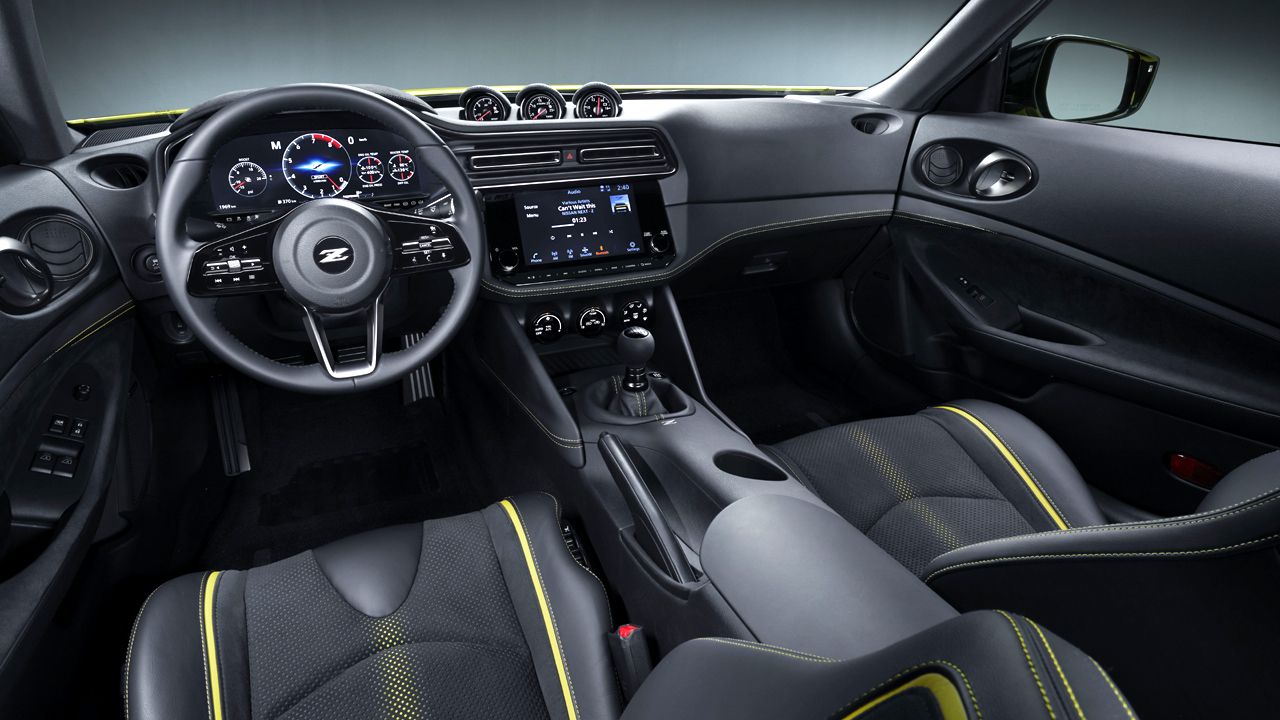 Inside the Z Proto, a completely redone interior greets the passengers, with contrast stitching all over the place that matches the car's exterior colour. The driver's information centre is a 12.3-inch digital screen, while the infotainment screen is also a fully touch-based unit, presumably of the same size as the instrument cluster. Individual gauges for Turbo, Boost & Volt levels sit neatly on top of the centre AC vents. 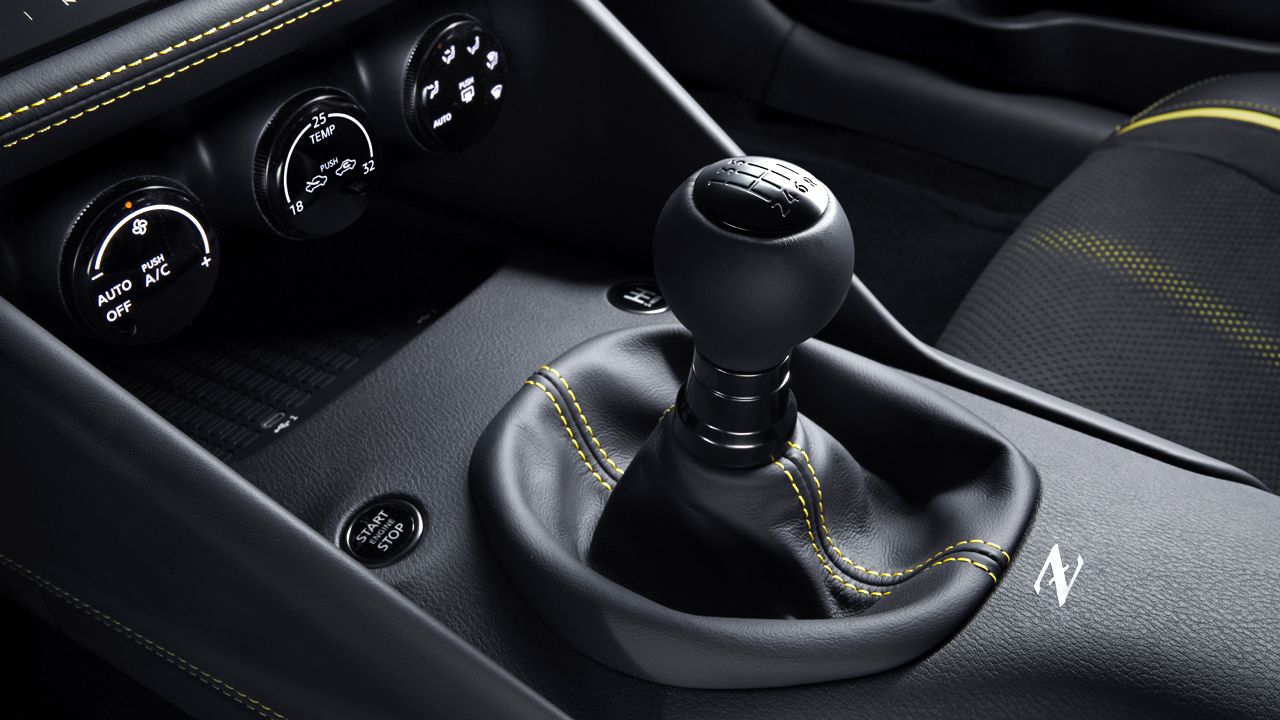 As for the powertrain, we already knew that the new Z model will be powered by a twin-turbocharged V6 motor, mated to a six-speed manual gearbox. The Z Proto confirms this fact. But Nissan also claims that work on an automatic version is underway. The final specs & other details though will be revealed closer to the production model's reveal. Expect the production model to debut sometime next year.