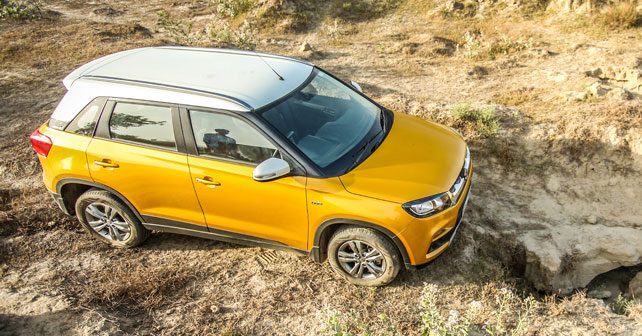 The Diesel Vitara Brezza is bringing consistent sales for Maruti Suzuki, but petrol will hike the numbers further

After a long wait Maruti Suzuki entered the compact SUV segment with the launch of the Vitara Brezza in March this year. However, to the disappointment of a few, the car was only introduced with a diesel engine. With a difference in cost of petrol and diesel now reduced, not to mention the premium price tag of diesel cars, the demand for gasoline powered cars has been on the rise. And to fulfil the need, Maruti Suzuki is expected to launch the petrol powered Vitara Brezza in the first quarter of 2017. The petrol iteration of the Vitara Brezza is likely to be launched after the introduction of the Baleno RS and the Ignis.

The Brezza petrol is expected to come with the 1.0-litre BoosterJet engine that will make its debut on the Baleno RS. This engine develops 110bhp and 170Nm and comes mated to a 5-speed manual transmission. In terms of design, the Vitara Brezza petrol will look identical to the diesel counterpart, except of course the badges. Interior too will remain unchanged and the feature list will equal the diesel version too.

Since its launch, the Maruti Suzuki Vitara Brezza has been the best-selling model in the compact SUV segment so much that in just 7 months it had already registered sales of over 50,000 units. Currently, the Brezza has a waiting period of over 6 months. Expect the Vitara Brezza petrol to be priced around the Rs 7 lakh mark for the base variant.  With the demand for petrol cars on the rise, the introduction of a petrol powered Brezza is sure to give a further boost to its sales numbers.