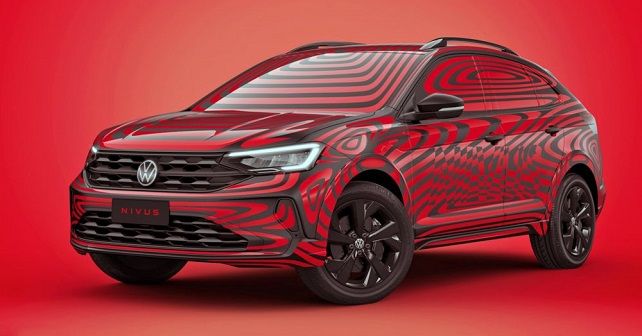 The Volkswagen Nivus coupe-SUV is based on the latest-gen Polo hatchback that's sold in international markets. The Nivus is expected to go on sale in Brazil soon and will feature a 1.0-litre turbo petrol TSI engine.

Volkswagen has released the first proper picture of its upcoming Nivus coupe-SUV. Based on the same platform as the all-new Polo (global-spec), the Nivus is quite similar to the upcoming Taigun SUV that's coming to India, albeit this one dons a sportier coupe body. Not to mention, at the moment, the Nivus is only expected to go on sale in South American markets.

Although the new SUV hasn’t been revealed fully, it’s quite apparent that its size and design are similar to the India-bound Taigun. However, being a coupe-SUV, it obviously has a tapering roofline at the rear. The Nivus is based on the MQB A0 platform, which, as we mentioned earlier, is the same as the latest-gen Polo in international markets. As a result, the Nivus has the same 2,566mm of the wheelbase, which makes it a little shorter than the Taigun (2,651mm). However, at 4,266mm long, it’s bigger than the Taigun in terms of overall length.

Powering the Nivus will be Volkswagen’s 1.0-litre turbo petrol TSI motor. This is the same engine that powers the Brazil-spec Polo. The engine has a rated power output of 126bhp (ethanol)/ 114bhp (petrol). The engine is paired with a 6-speed torque converter (automatic) in this spec of the Polo in Brazil. The Nivus is expected to share the same drivetrain.

Inside, the Nivus is expected to get Volkswagen’s new-gen 8.25-inch touchscreen infotainment system as well as a 10-inch fully digital instrument cluster. Other features will include adaptive autopilot system, adaptive cruise control, automatic emergency braking and automatic post-collision braking.

More details, as well as clearer pictures, are expected to be revealed in the coming months.