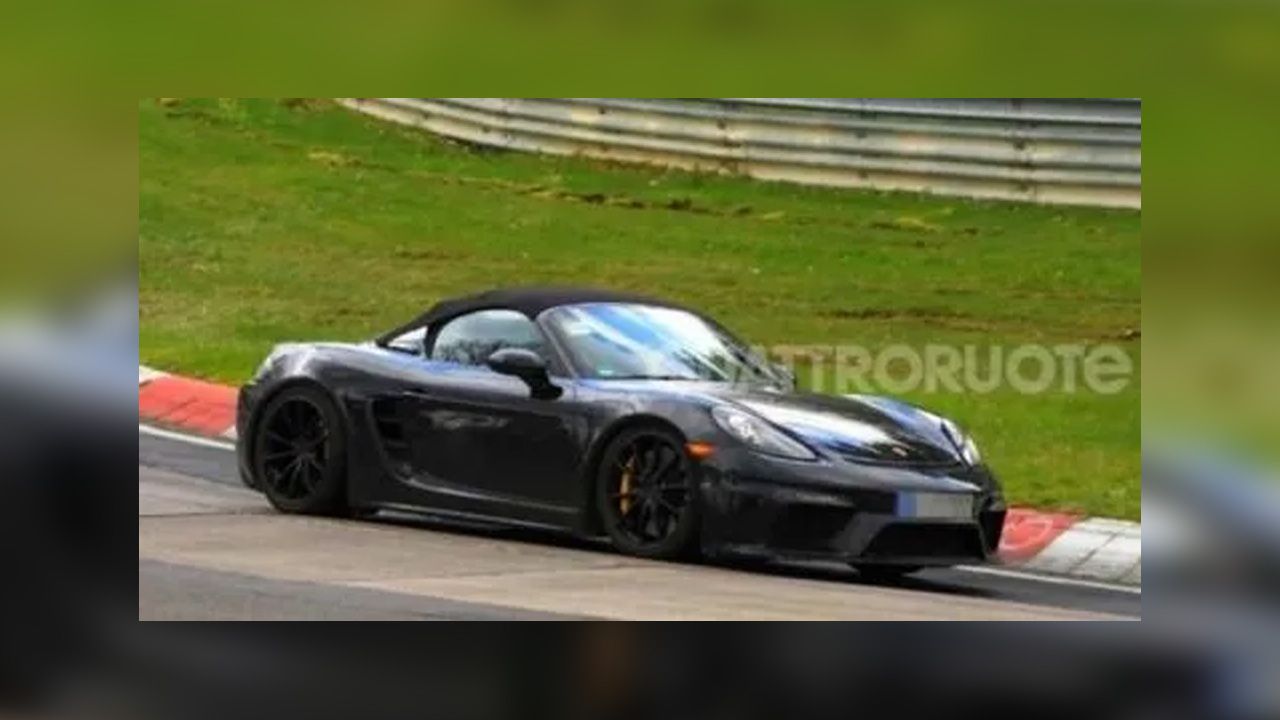 The Porsche 718 Boxster Spyder was photographed at the Nürburgring by our partner quattroruote. The special edition of the German sportscar is now close to its debut and is on the German circuit probably for final tuning.

The absence of camouflage seems to confirm its imminent commercial launch. As with the previous Boxster Spyder, there will be a production cap on this one as well thus assuring that it will remain an exclusive model.

The prototype seen in these images runs on the track with its roof closed. The roof element is very different from that of the other Boxsters - it’s a small sheet with simplified hooks, quite similar to the one seen on previous Spyders, and is equipped with a manual mechanism to eliminate bulk. Also seen is the different design of the bumpers, which should be identical to that of the new edition of the Cayman GT4 with aerodynamic profiles and dedicated air intakes. 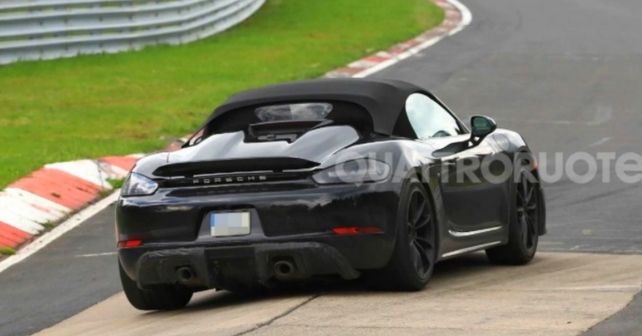 According to rumors, the upcoming Boxster Spyder, along with the Cayman GT4, will draw power from a 6-cylinder engine derived from the 911. This should help the Spyder and GT4 maintain their uniqueness over the other 718s, all of which are now powered by a 4-cylinder turbo motor. Since the last Spyder produced 375 horses, the new one would naturally exceed that figure.

Also, the previous Boxster Spyder was exclusively offered with a manual gearbox, but right now, there is no confirmation if this trend would continue on the new one. However, what is sure is that it will get exclusive updates like lowered suspension, upgraded brakes and sharper steering feedback.