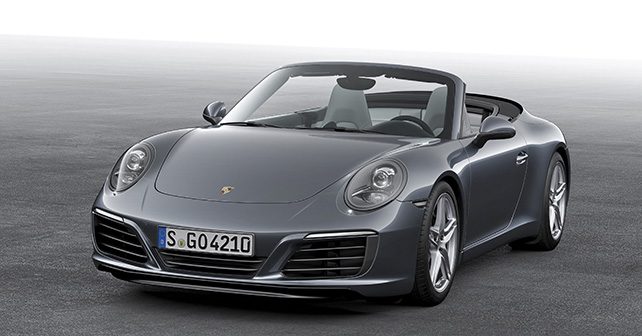 Porsche has issued three recalls in the US which include nearly every car in their range from the baby Macan SUV to the 911 R.

After recently issuing a recall, Porsche has once again announced an additional three recalls in the US market for various reason of faulty components. Cars included in the recall include the everything from the Macan, the 718 and the 911 range of cars.

Adding to the number of units to the recall Porsche made earlier in America, another 120 911s and 718 range of cars have been recalled for a faulty airbag system. The passenger frontal airbag inflator, in the 911 R, 911 GT3, 911 Carreras, Turbos, Targas and Cabriolets, and the variants from the 718 Cayman and Boxter versions, may not ignite in the event of a crash.

Porsche was notified of the faulty component from their airbag supplier Autoliv, as the products were not up to the specifications as required.

More convertible versions of Porsche models like the 911 Cabriolets, Targas and the 718 Boxters have also been recalled. These 21 vehicles which have been recalled may suffer from faulty bonding of the windshield to the frame. Due to improper bonding, Porsche feels that in the event of a crash, the windshield may not hold up, for which the safety recall has been issued.

However, 17,871 Porsche Macan’s have been recalled for a glitch in the occupant detection sensor which senses a passenger or child seat’s presence in order to be arm the front passenger airbag for deployment. The recalls include the the S, Turbo and the GTS models of the Macan.