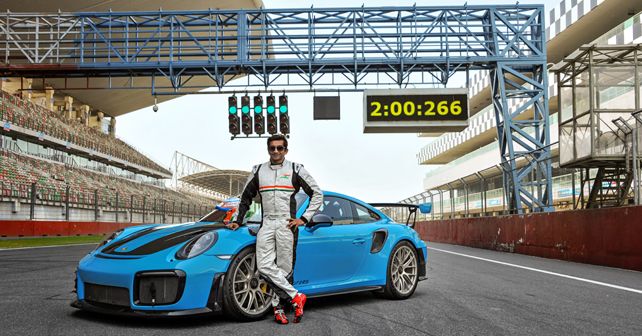 In November 2018, two of the fastest entities in India - Narain Karthikeyan and Porsche's 911 GT3 RS - came together to scorch the lap record at the Buddh International Circuit (BIC). Defeating the erstwhile lap record set by the manic Mercedes-AMG GT R by 2.2 seconds, the 911 GT3 RS had clocked an impressive lap time of 2 minutes and 7.629 seconds. Now though, just a few months later, another Porsche has stolen that crown from the GT3 RS - its elder sibling, the GT2 RS. However, the GT2 RS was also driven by Karthikeyan, managing to clock a lap time of just 2 minutes and 0.26 seconds. This is a whole 7.36 seconds quicker than the GT3 RS, which isn't a slouch either. Thus, the 911 GT2 RS takes the crown for being the fastest road-legal car around the BIC, a feat certified by the Federation of Motor Sports Clubs of India (FMSCI). 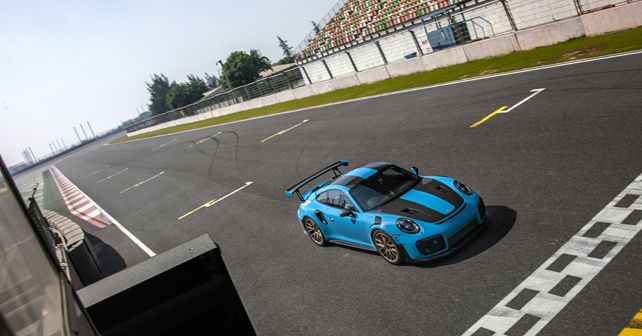 Sharing his thoughts on Narain’s and Porsche's latest achievement, Mr Pavan Shetty, Director at Porsche India said, 'This record establishes Porsche as the fastest automobile brand in India. In a matter of months, Porsche 911s have now broken the lap record twice at the Buddh International Circuit. With its incredible 700 hp and maximum torque of 750 Nm from 2,500 rpm to 4,500 rpm, the 911 GT2 RS has underlined again that it is the fastest 911 on the market. I would like to take this opportunity to congratulate Narain on a job well done as this was a true showcase of Porsche’s ability to manufacture highly emotional sports cars that are at home on the race track.' 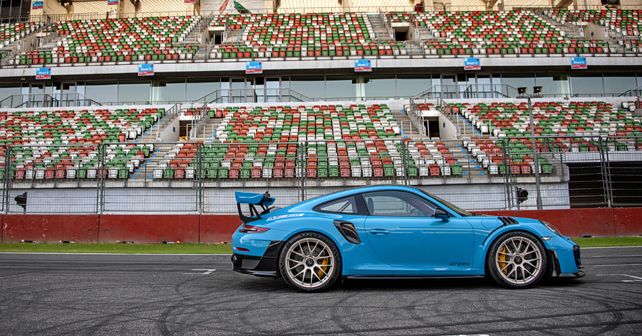 The Porsche 911 GT2 RS is powered by a 3.8-litre bi-turbo flat-six motor which produces a massive 691bhp and 750Nm of torque. Due to its weight of just 1,470kg, the GT2 RS catapults from 0-100km/h in just 2.8 seconds and can go all the way up to 340km/h, which puts it in contention with rivals like the Ford GT. All the power is sent to the rear wheels via a 7-speed PDK gearbox, which is a first for the current GT2 RS.