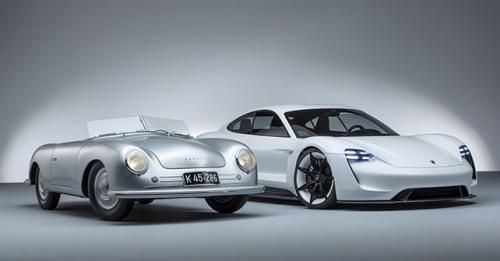 Numerous Porsche-themed activities around the world will be held to celebrate their 70th anniversary.

The year 2018 marks the 70th anniversary of Porsche as sports car manufacturer. The brand’s origin dates back to June 8, 1948, post-World War II era in Germany. The day marks the birth of the 356 ‘No.1 Roadster’ built by Ferry Porsche using Professor Ferdinand Porsche’s, his father, life’s work as its foundation.

But the car that really put Porsche on the map was the Porsche 911. It was designed by Ferry Porsche’s son Ferdinand Alexander. The very first 911 made its public debut in 1963 as the successor to the 356, and since then over a million 911s have been built as the car has evolved over the last 55 years.

In order to celebrate the 70th anniversary of the brand, Porsche will host numerous activities around the world. ‘The Porsche Effect’ will open at the Petersen Automotive Museum in Los Angeles in February. In Germany, the first ‘70 years of the Porsche sports car’ exhibition will open at ‘DRIVE, the Volkswagen Group Forum’ in Berlin in March. The Porsche Museum will also hold its own anniversary celebrations with a comprehensive special exhibition opening in June. Sports car fans will be invited for the ‘Sports Car Together Day’ at all of its sites around the world. During the June 16-17 weekend, Porsche will host employees, residents of the Zuffenhausen district and prospective customers for a public celebration at the Porsche Museum in Stuttgart. The Goodwood Festival of Speed in the UK, which is scheduled to be held in July, will also celebrate the brand’s anniversary. The ‘Rennsport Reunion’ in California will be held in September, while the year’s celebrations will conclude with a ‘Sound Night at the Porsche Arena’ in Stuttgart on October 13.