Porsche Mission E to roll into production in 2019 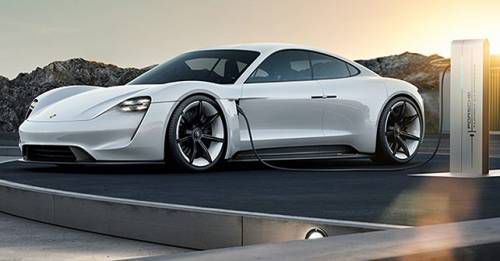 Due to growing demand of electric powered cars, Porsche has announced that their Mission E electric car will commence production by 2019.

After revealing their first ever all-electric “Mission E” concept car at the Frankfurt Motor Show in 2015, a few months later Porsche confirmed that they will put it into production in 2020. Now it has been reported that Porsche will reveal the production version of the car sooner and it will see its production commence a year earlier. This is due to the growing demand of electric vehicles, but the fact that the Volkswagen Group, who have been asked to produce and sell a certain number of electric/hybrid vehicles to rectify the damage it did with the diesel gate emission scandal, could also play a role in the fast tracking of the Mission E’s production.

The Mission E is a four-door performance car which will be Porsche’s first ever all-electric car. Porsche has said the electric powertrain in the production model would have a equivalent power output of around 600bhp and would be capable of accelerating from 0-100km/h in 3.5 seconds.

In Porsche’s current range of cars, customers are offered a choice of two plug-in hybrid options with the Cayenne E-Hybrid and the Panamera E-Hybrid. Around 11% of all Cayenne SUVs sold world wide are the plug-in hybrid version which goes to show that electric propulsion is what is in demand at the moment.