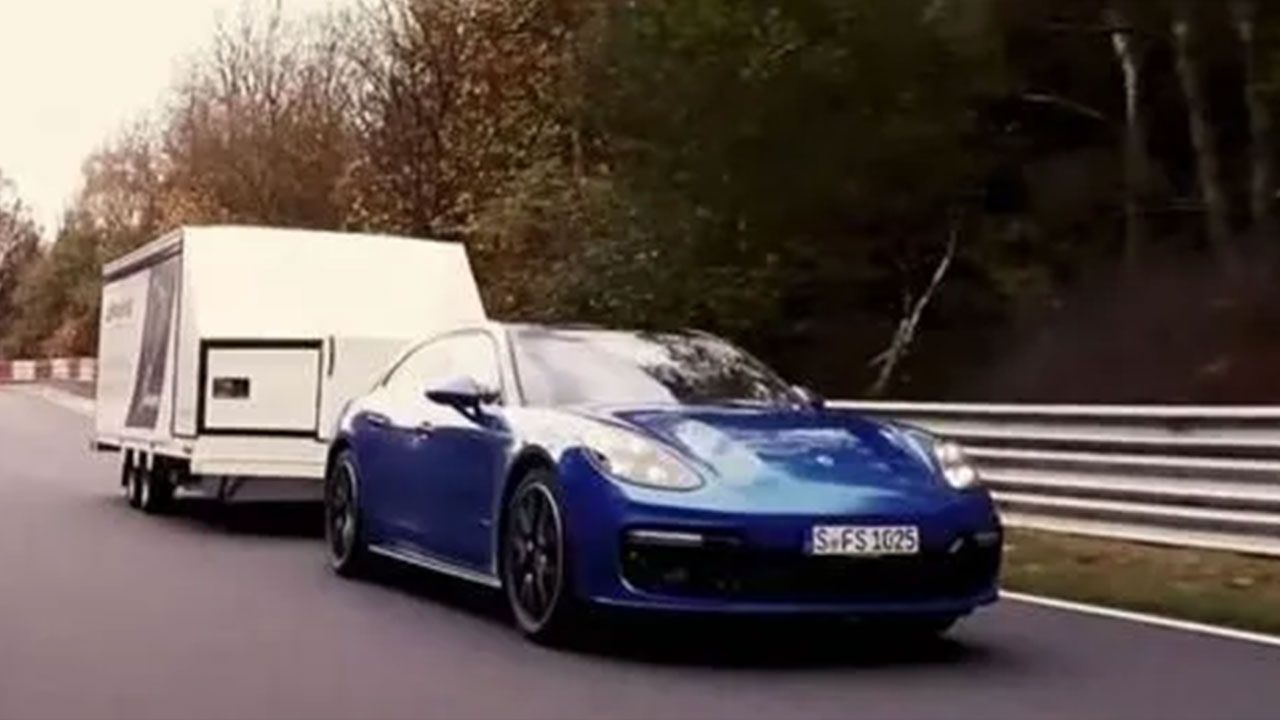 With a lap time of 12:06, the Porsche Panamera Turbo Sport Turismo is now the fastest towing vehicle to go around the Nurburgring. Yes, a record like that exists!

Porsche’s obsession with the Nurburgring racetrack is something that we all know. Time and again, this Stuttgart based automaker heads to the ‘Ring with its cars to set new lap records. And while their bonkers Porsche 911 GT2 RS still holds the record for the fastest production car on this circuit, it seems that Porsche wanted some more kicks before the year-end. As a result, they went to the track again a couple of days ago and bagged another circuit record. This one, however, didn’t involve physics-defying speeds, instead it’s a record for the fastest towing car to go around the circuit.

The new lap record was set by a Porsche Panamera Turbo Sport Turismo that lapped the circuit in 12 minutes and six seconds. Sure, it sounds a little too slow compared to the 6:47.3 of the GT2 RS, but, then, the 911 wasn’t carrying a trailer at the back like the Turbo Sport Turismo. And it wasn’t just an empty trailer that was being lugged by the Turbo Sport Turisom. In fact, the trailer was carrying a classic Porsche Junior 108 tractor in it! Considering the fact that the car hit a top speed of around 180km/h while setting the lap record – with a tractor on-board, that is – we must say that it’s extremely impressive.

Though it’s a remarkable achievement, we aren’t expecting to see other manufacturers participating in this contest of the fastest tow vehicle around the ‘Ring. So, for the time being, the Porsche Panamera Turbo Sport Turismo will continue to remain the default choice for people looking to take part in track days with a trailer carrying a tractor attached to the back.