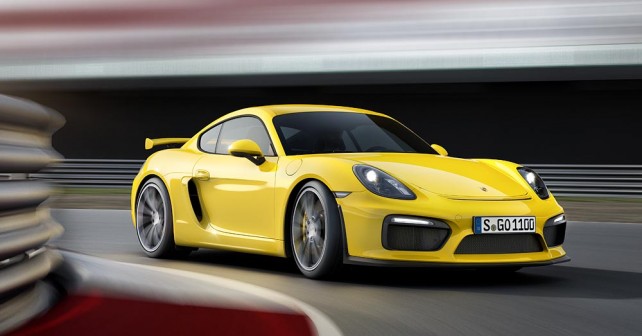 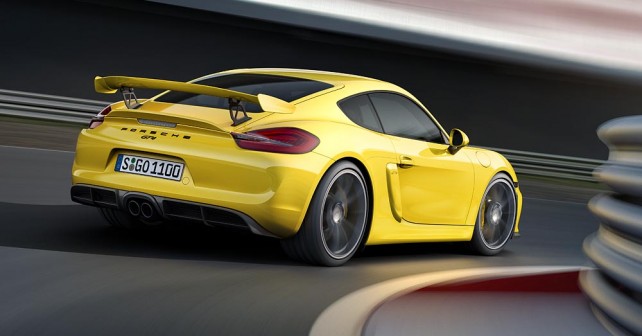 Geneva Motor Show has turned into one of the best events for car manufacturers to showcase their latest offerings. And Porsche isn’t missing the bandwagon either with two of its cars to make debut at Palexpo Arena in Geneva tomorrow.

First in line is the new Cayman GT4 which features significant changes - both on the outside and under the hood. On the aesthetics side, you would find a completely new front end with lowered front spoiler and additional air outlet in front of the bonnet as well as the rear wing.

Those who are more concerned about how powerful it is, won’t be disappointed as the 3.8-litre engine produces a staggering 385bhp. And if you’re lucky to take this for a spin around the north loop of the classic Nurburgring Circuit, Porsche claims you’ll complete the lap in seven minutes and 40 seconds.

However, the German car company didn’t throw any detail about the other car that will ‘set new standards on the race track’.

Needless to say, it’s going to be a top of the line track-oriented, yet road legal sportscar, that will take on the best in class. Geneva Motor Show can’t come sooner.