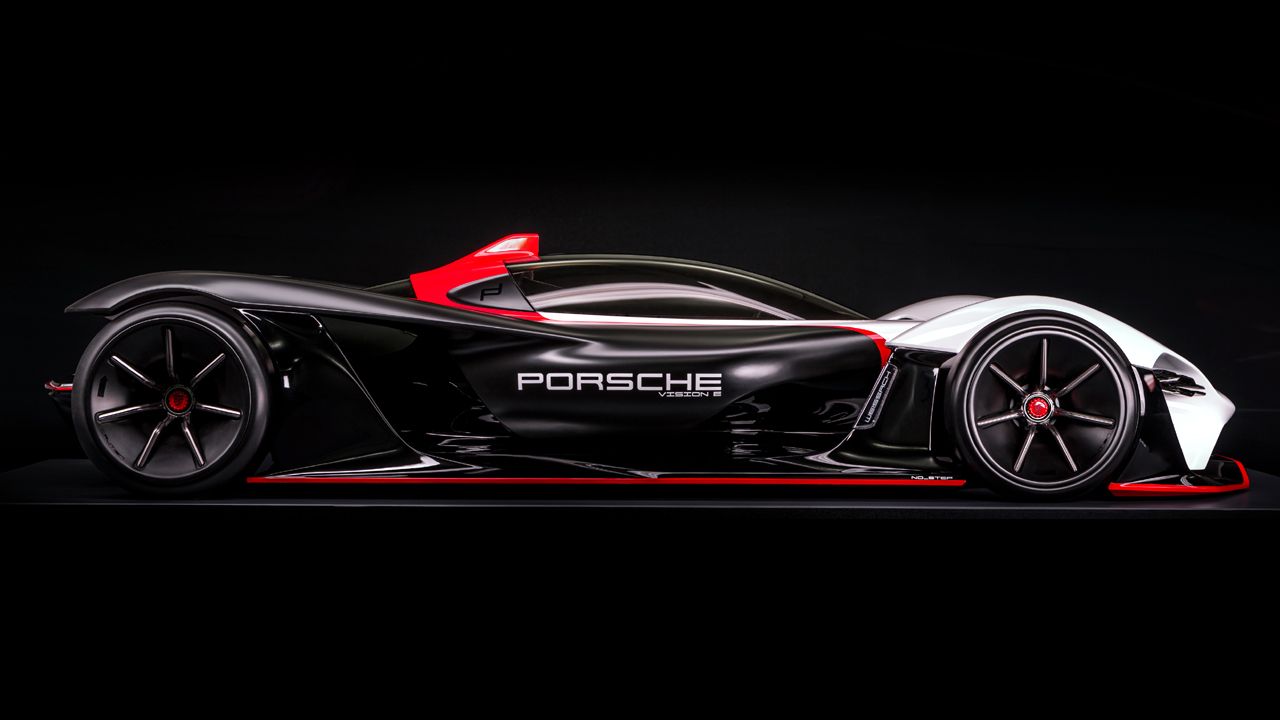 From rally versions of road-going cars to a six-seater van and customer-oriented race machines, the 'Porsche Unseen' concept line-up has it all!

Every now and then, renowned carmakers from around the world reveal their one-off, bespoke creations in the form of Design Studies or Concept Cars – these are designed keeping in mind the brand's future direction and outlook, and in some cases, even showcase the latest in the world of design and technology development and how the carmaker plans on introducing that latest technology onto its series production cars.

But have you ever wondered what 'all' goes on behind closed doors of a carmaker's design centre? Well, Porsche, for one, has an answer to this query! The German marque, under the title 'Porsche Unseen', has revealed some of its most radical Concept creations that have never seen daylight, until now! Now, the collection lists 15 such creations, although technically, two of them have been shown before, which means there are exactly 13 Concept cars that are completely unknown to us. They're divided into four categories – Spin-offs, Little Rebels, Hypercars and The Future. 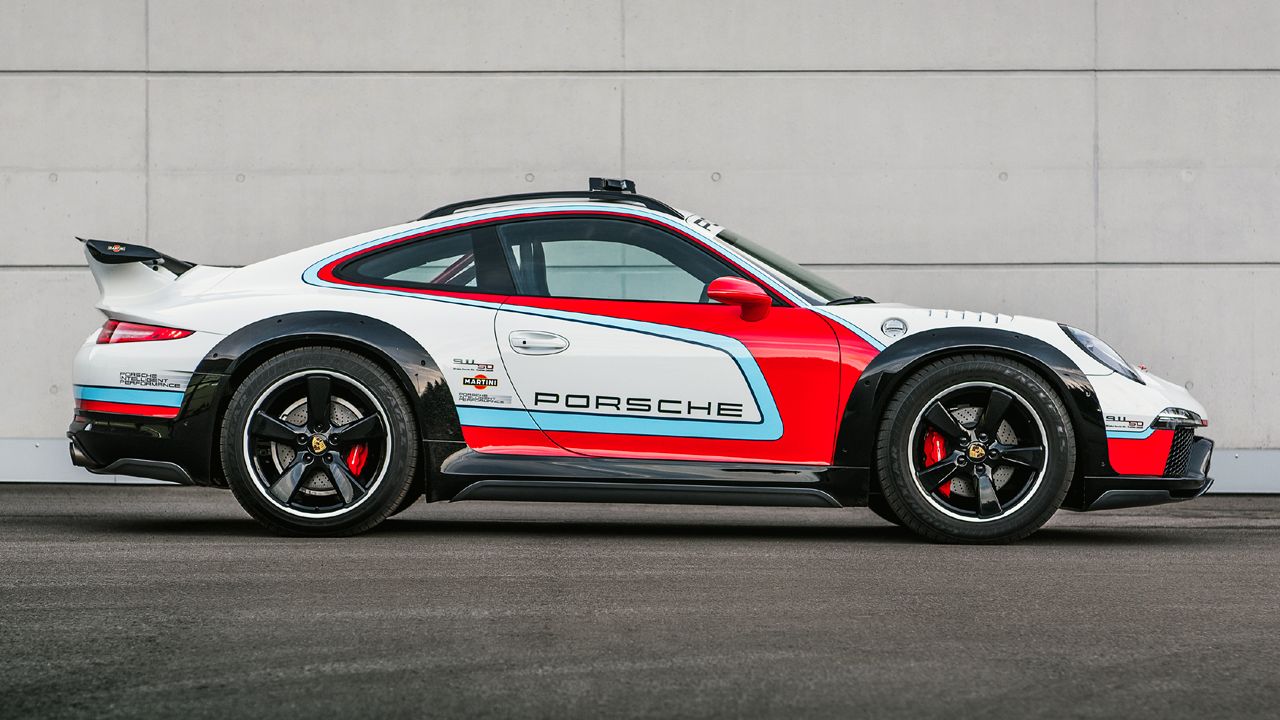 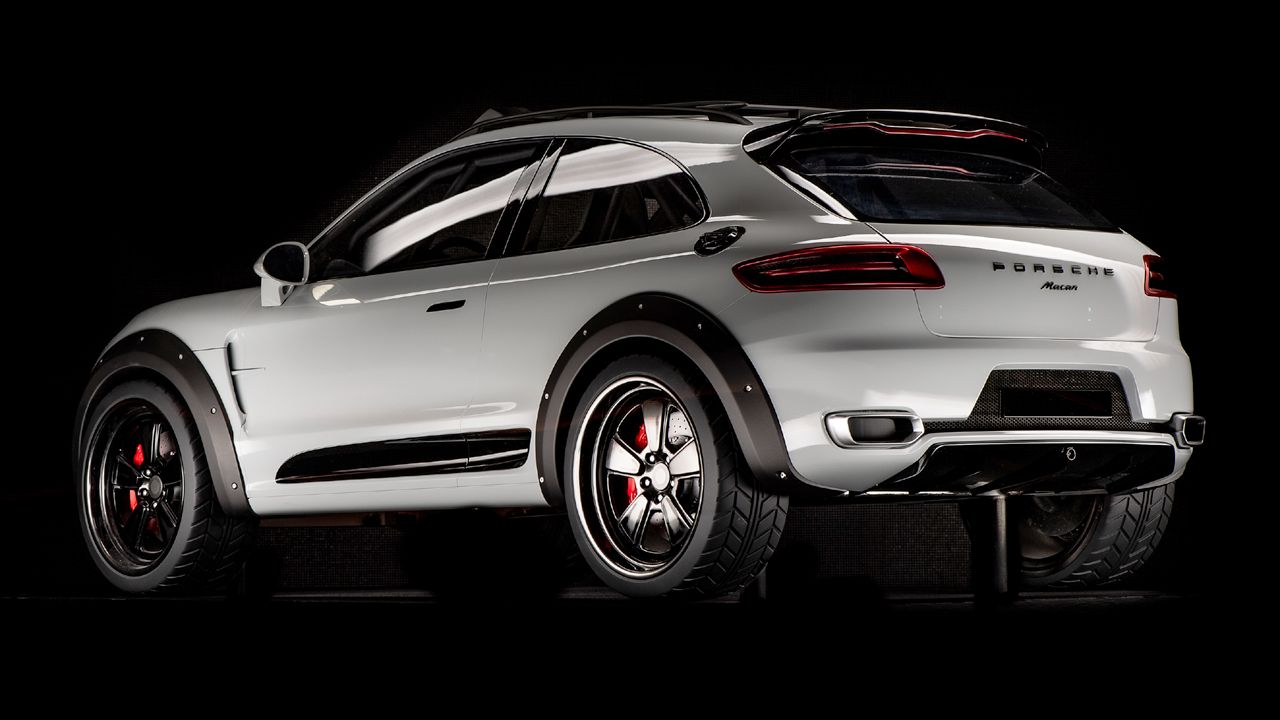 Based on one of Porsche's best-selling models, the Macan Vision Safari (1:1 hard model) wasn't too difficult to imagine for the designers in Weissach since the Macan features All-Wheel-Drive (AWD), dual-clutch transmission and an adaptive chassis that can be configured for off-road driving at the push of a button – elements that give the Macan inherent off-road capability. 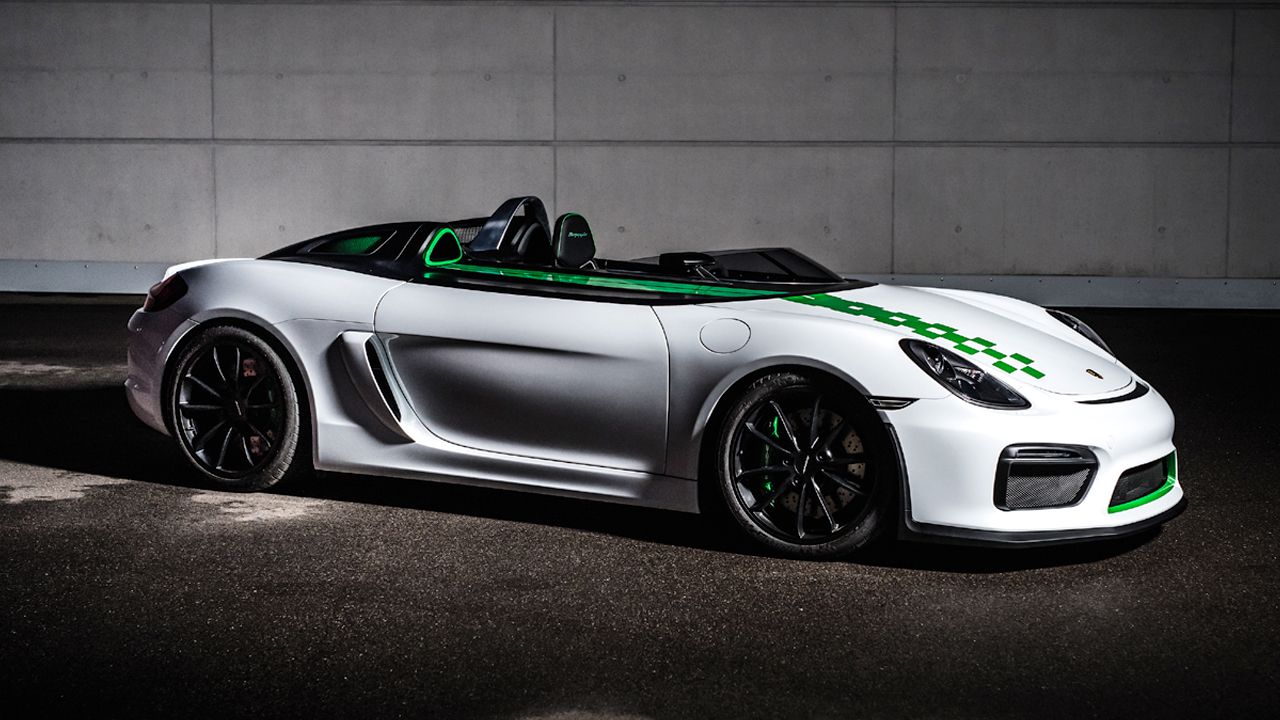 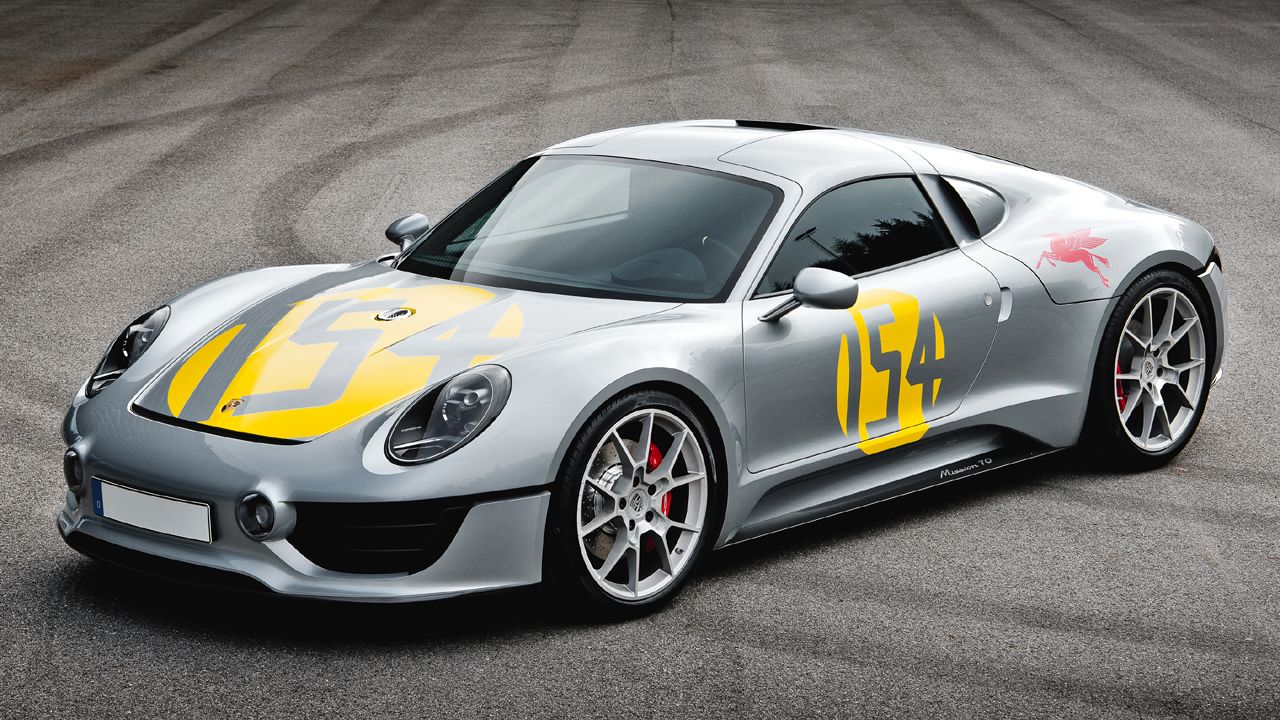 From a wide perspective, the race-oriented Porsche Le Mans Living Legend (1:1 clay model) serves as the predecessor to today’s 718 Cayman GT4. However, it was built in 2016 to remind motorsport purists of the legendary 550 Spyder – the first sports car from Stuttgart-Zuffenhausen that was designed specifically for motorsport. The Porsche 550 Spyder even went on to become a class winner at its 24 Hours of Le Mans debut in 1953. 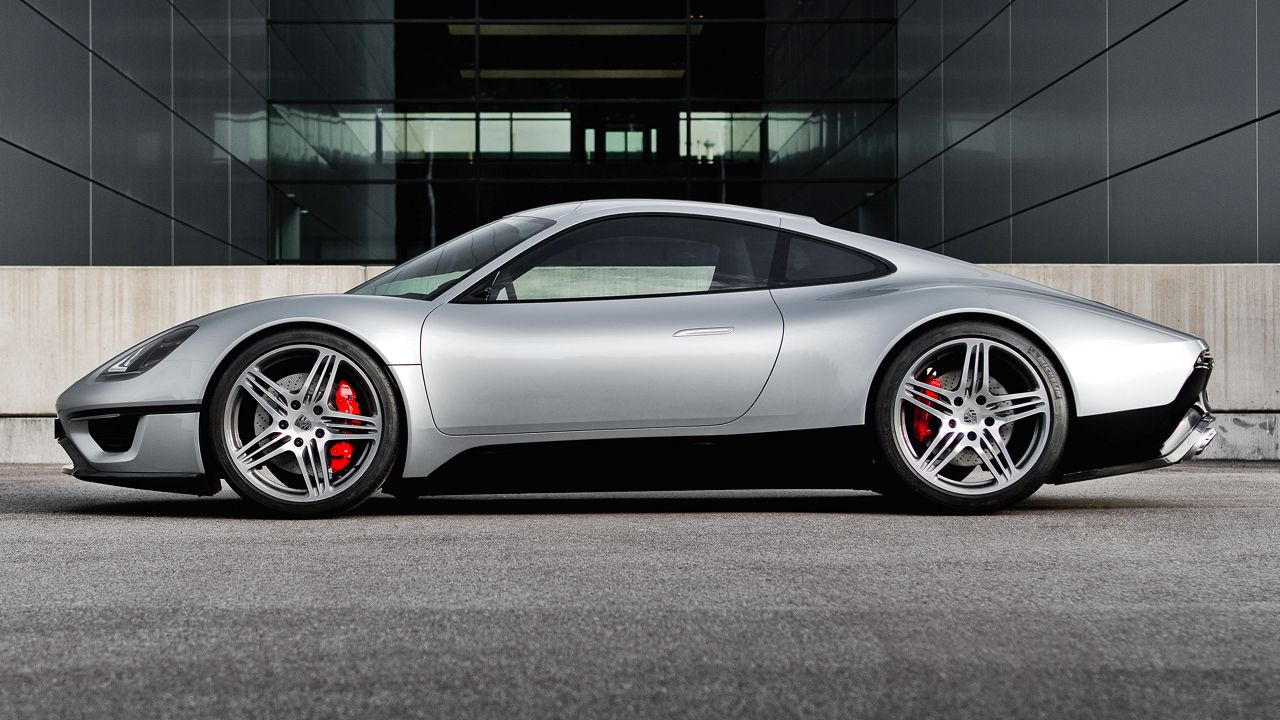 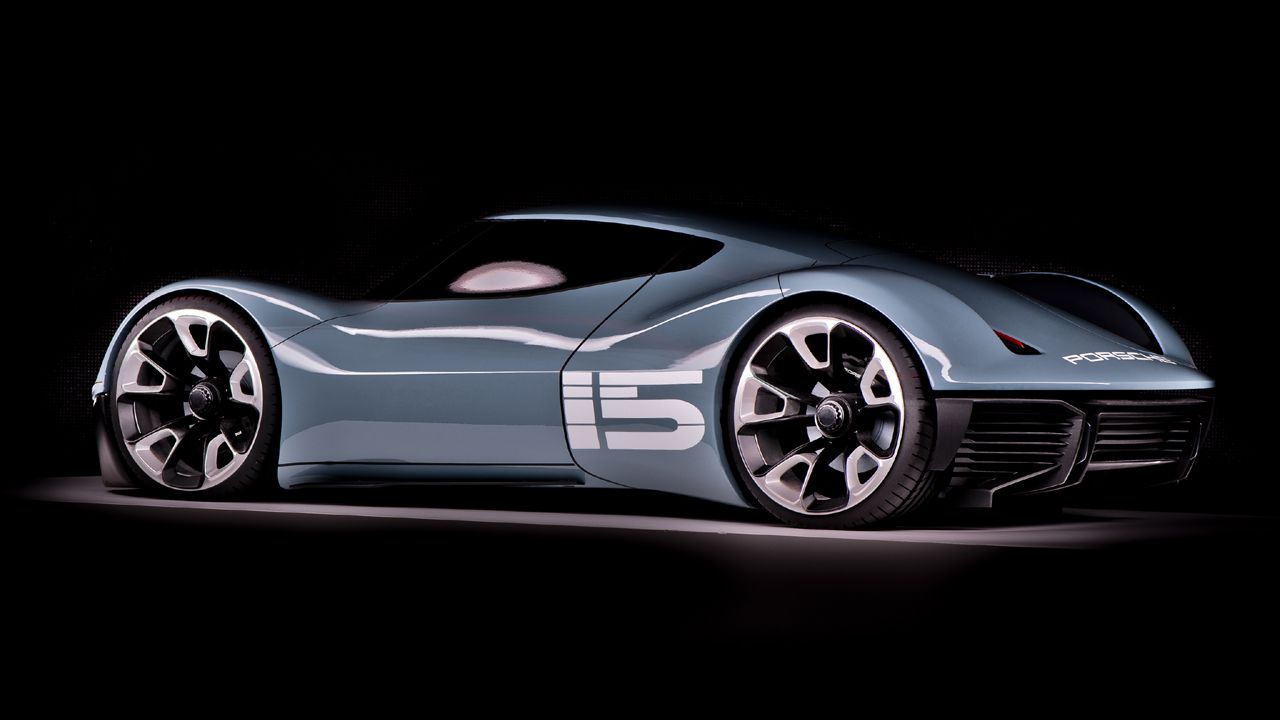 Inspired by the 916 Concept prototype of the 1970s, the Porsche Vision 916 (1:1 clay model) is the creation of an intern in the Porsche design team that envisages the idea of a modern-day, minimalist Porsche. The Vision 916 is imagined to be powered all-electrically by four wheel-hub motors. 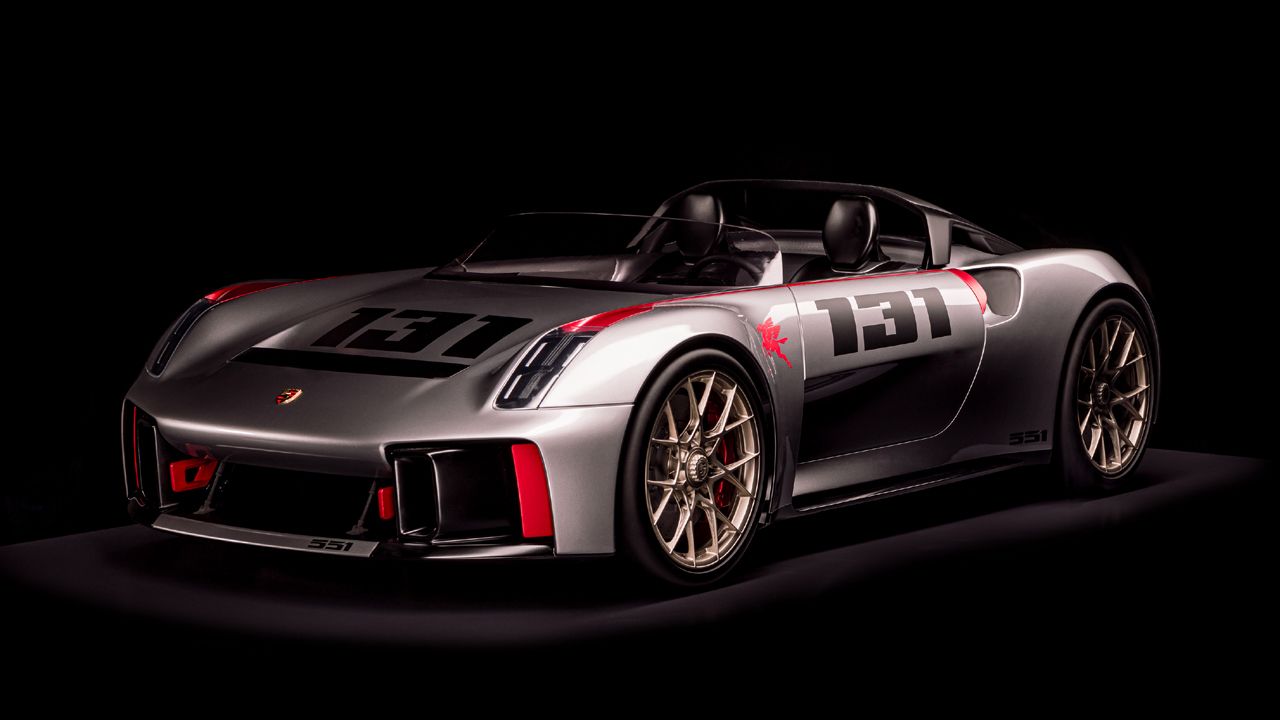 The Porsche Vision Spyder (1:1 hard model) not only brings back memories of American actor and renowned cultural icon James Dean and his silver Porsche 550 Spyder but more specifically, the Vision Spyder pays tribute to the Porsche 550-1500 RS Spyder and its famed class victory in the legendary 1954 Carrera Panamericana, in the hands of racer Hans Herrmann.

Porsche Unseen: Hypercars (Concepts inspired by past models that hint at the design of future Porsche hypercars) 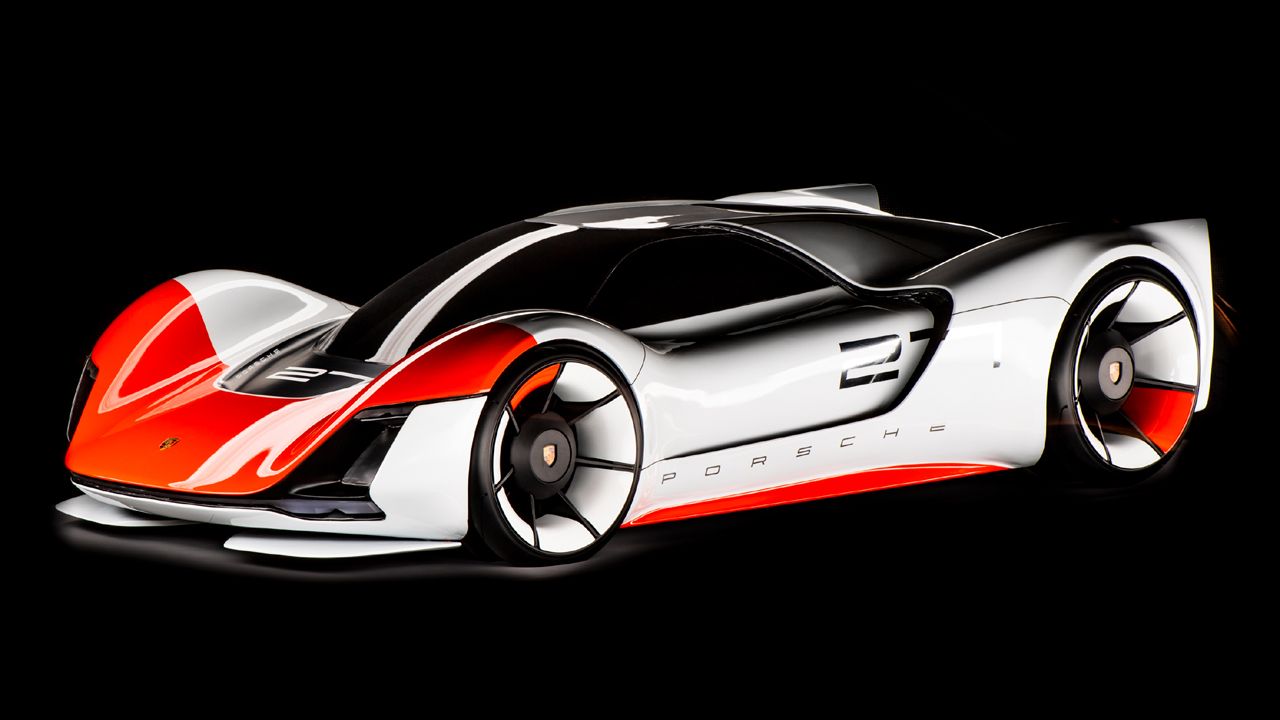 With its proportions and body design inspired by the Porsche 906, the 906 Living Legend (1:1 hard model) takes certain design elements from the past (like the red contrast bonnet) and combines them with new-age, aerodynamically-efficient design concepts (body as two parts inserted into each other). 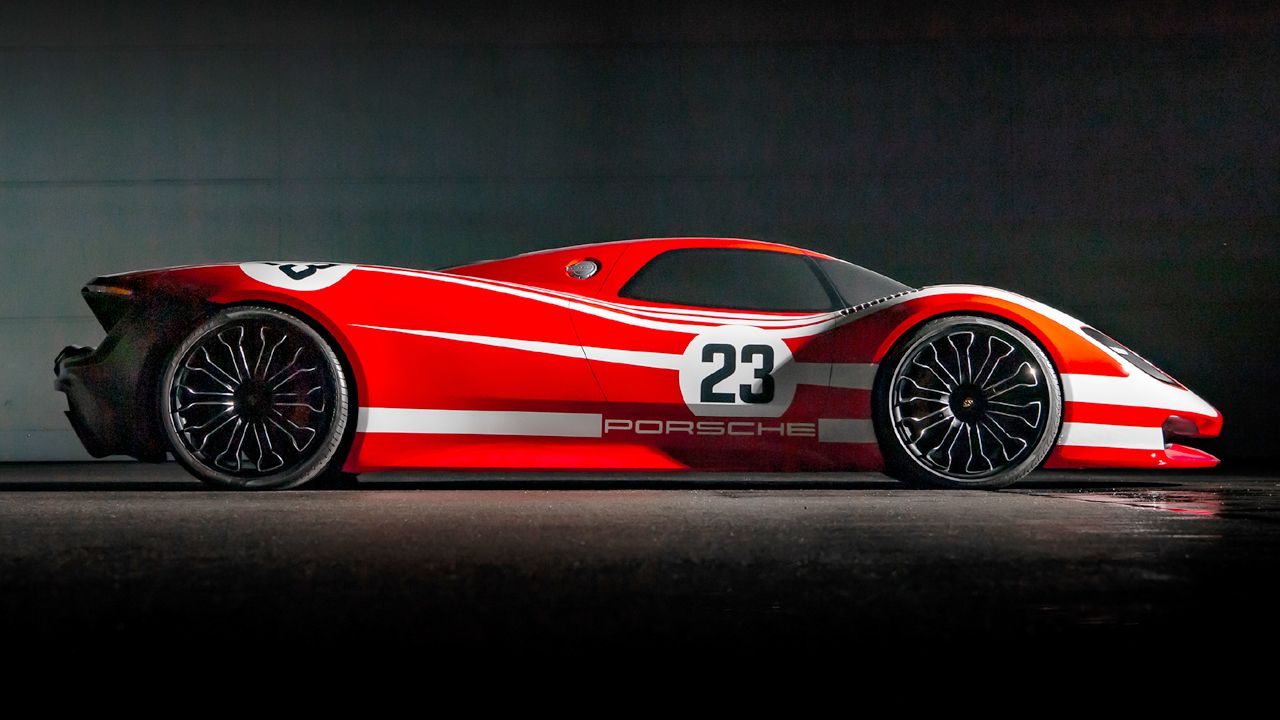 Porsche has won the 24 Hours of Le Mans 19 times to date. However, it was in the Porsche 917 KH, in its Porsche Salzburg Red-and-White livery, that Hans Herrmann and Richard Attwood achieved Porsche's first overall victory at the Circuit de la Sarthe in 1970. Therefore, the Porsche 917 Living Legend (1:1 clay model) was created in 2013 to mark the return of Porsche to the LMP1 class. 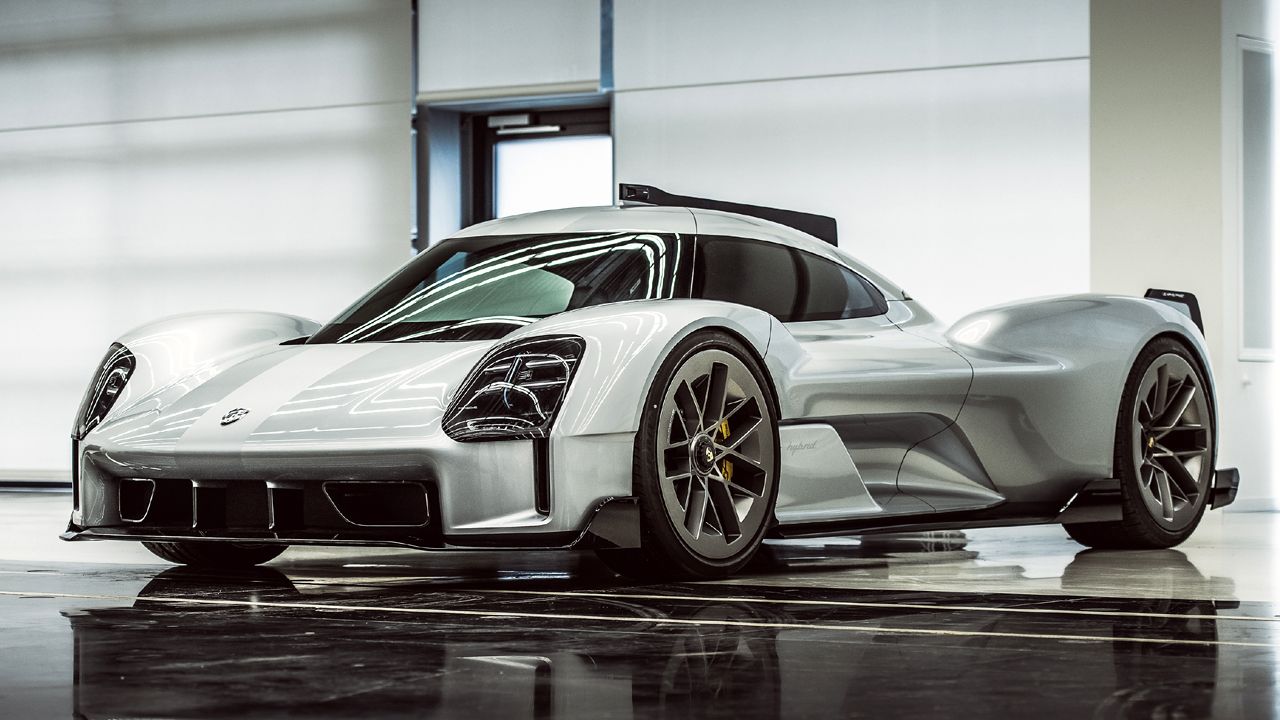 The Porsche 919 Hybrid is one of the latest chapters of success in the motorsport history of Porsche, having won the 24 Hours of Le Mans three times in a row, from 2015 to 2017. After Porsche's departure from LMP1 racing, the idea to build a customer car for gentleman drivers, without road approval, seemed possible to Porsche designers – thus giving birth to the Porsche 919 Street Concept (1:1 clay model). However, due to highly complex racing technology, the Porsche 919 Street, for now, remains a concept only. 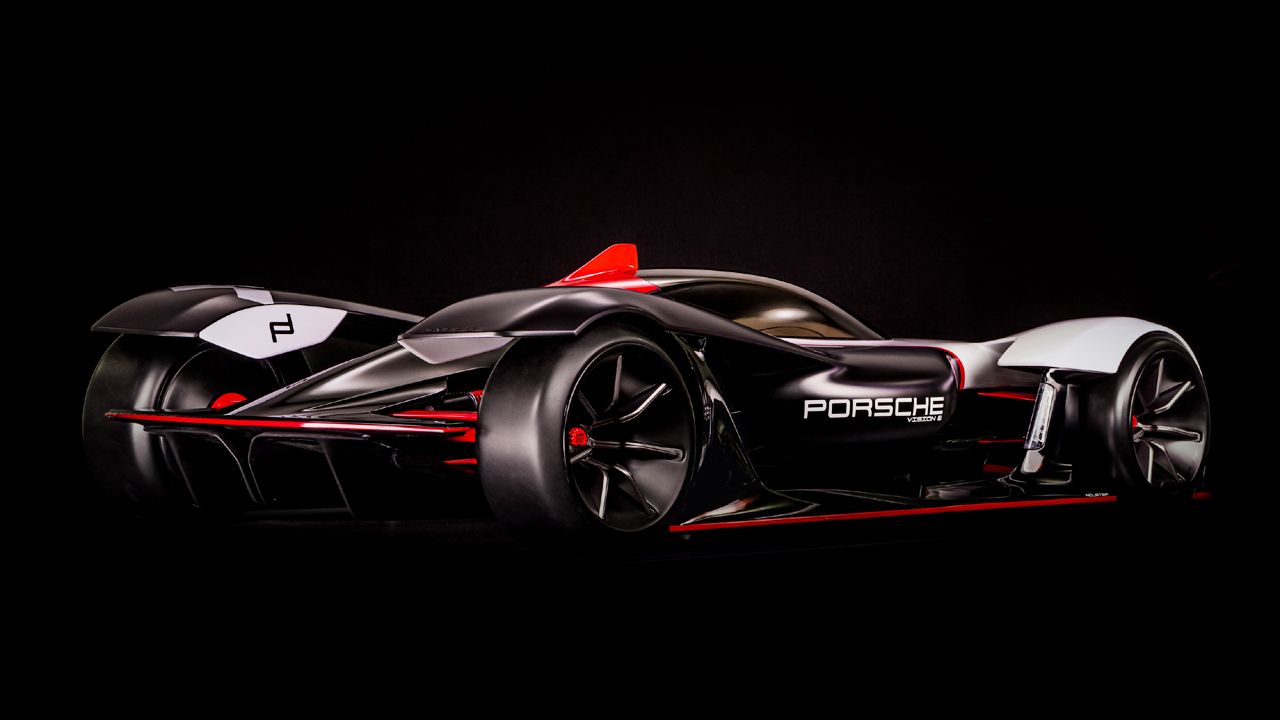 With its 2019 Formula E debut, Porsche marked its return to single-seater racing after a period of more than 30 years. With the Porsche 99X Electric being pushed to the limits in the hands of professional racers, the Porsche Vision E (1:1 hard model) has been designed to offer privateers a car for the race track that would come as close as possible to a modern Formula E racer, in terms of performance and driving dynamics. 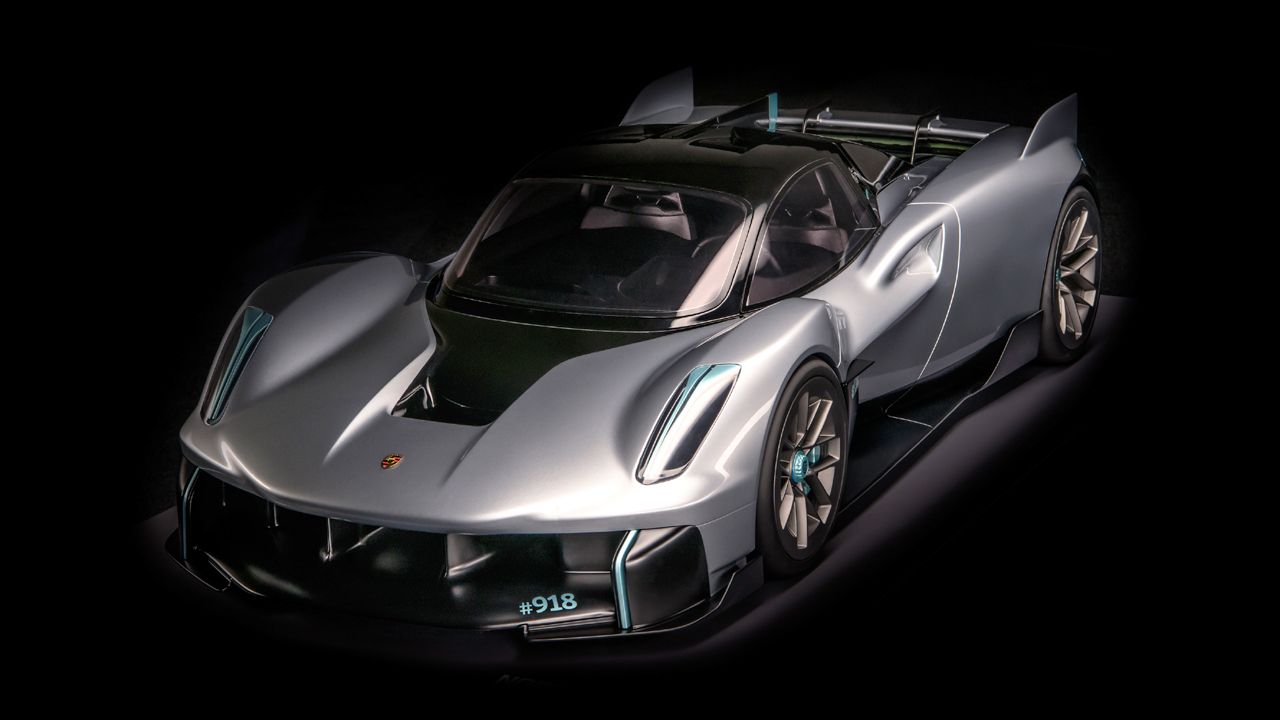 The Porsche Vision 918 RS (1:1 hard model), in simple terms, is an even hardcore evolution of Porsche's successful and ferociously-quick 918 Spyder, which became the first production sports car to lap the Nürburgring Nordschleife in under seven minutes. The Vision 918 RS carries forward the legacy of the 918 Spyder, five years after the latter's end of production. 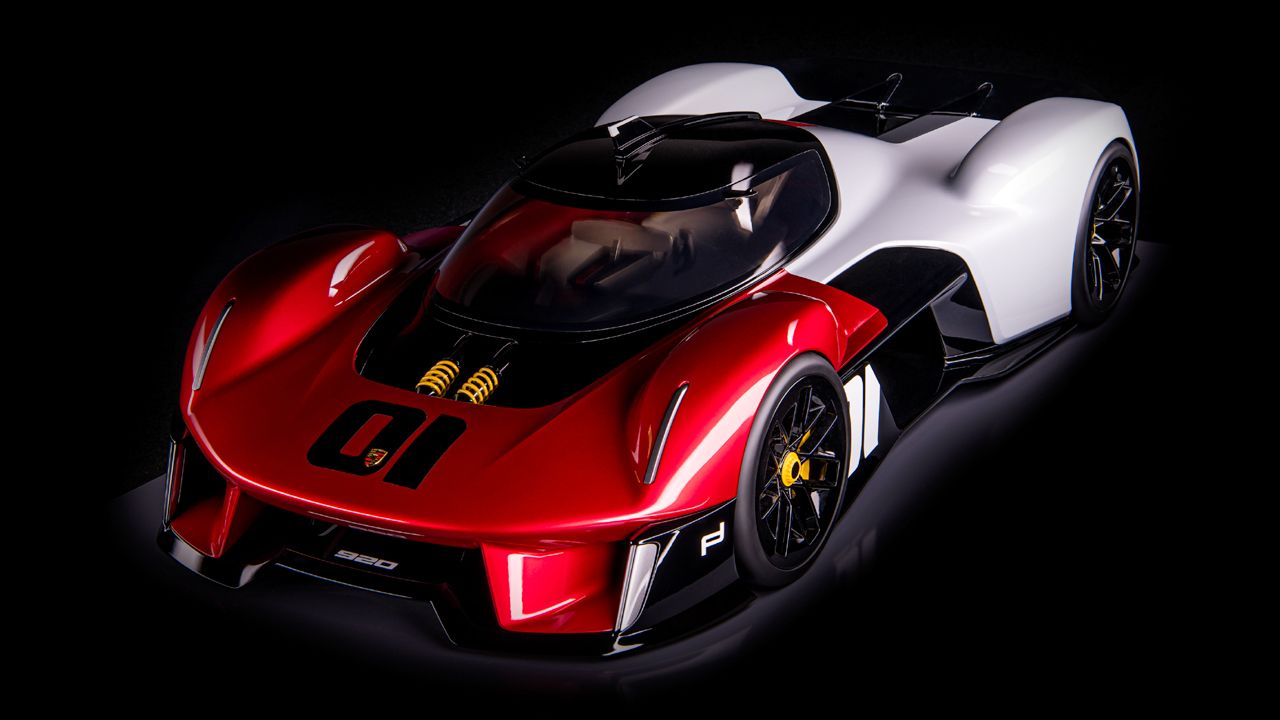 The Porsche Vision 920 (1:1 hard model) represents one of the most extreme visions of a super sports car from Weissach. It's been designed as either a super sports car for the road or a customer racing car that offers a close experience of an LMP1 racer.

Porsche Unseen: The Future (The kind of forms future Porsche models could take) 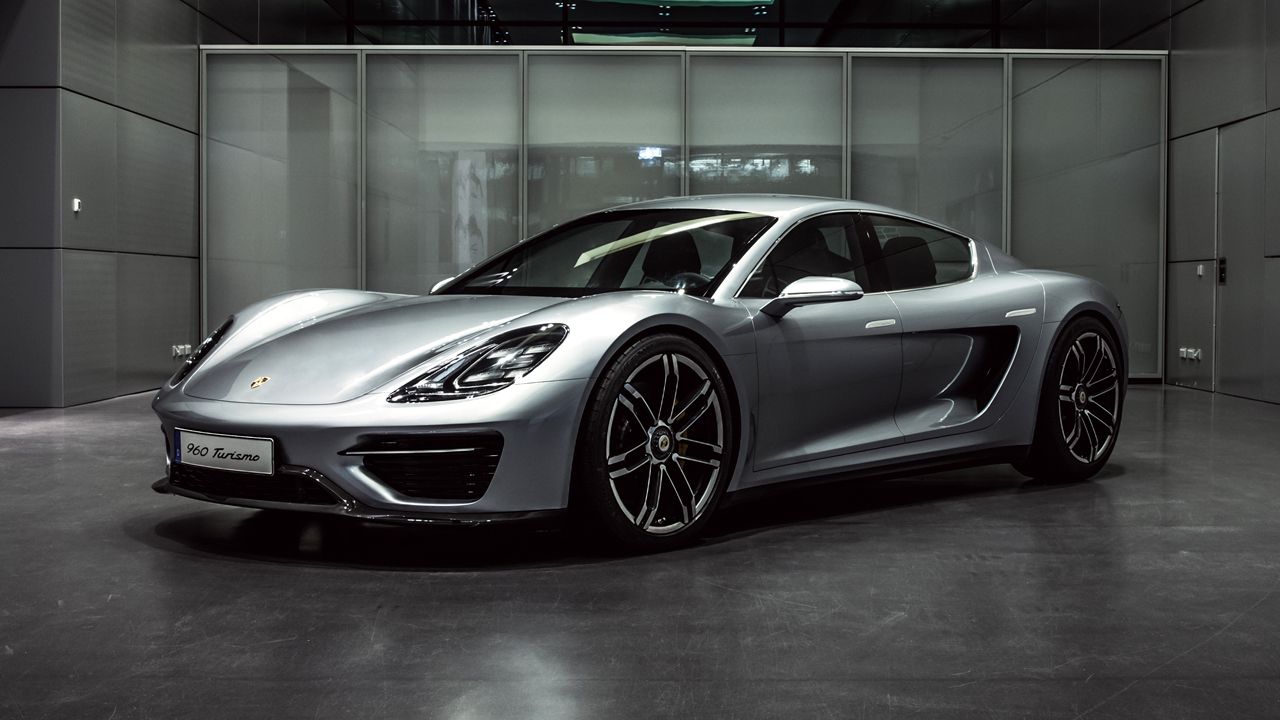 Most of you would have already figured out that the Vision Turismo (1:1 hard model) forms the base for the Porsche Taycan, the brand's first-ever fully-electric sports car. The story of how the Vision Turismo came into existence though, is somewhat hard to believe. A redrawn line on a schematic representation of the Porsche 918 to clearly show the falling contour was accidentally perceived as a rear door joint, which gave birth to the concept of a four-seater super sports car! 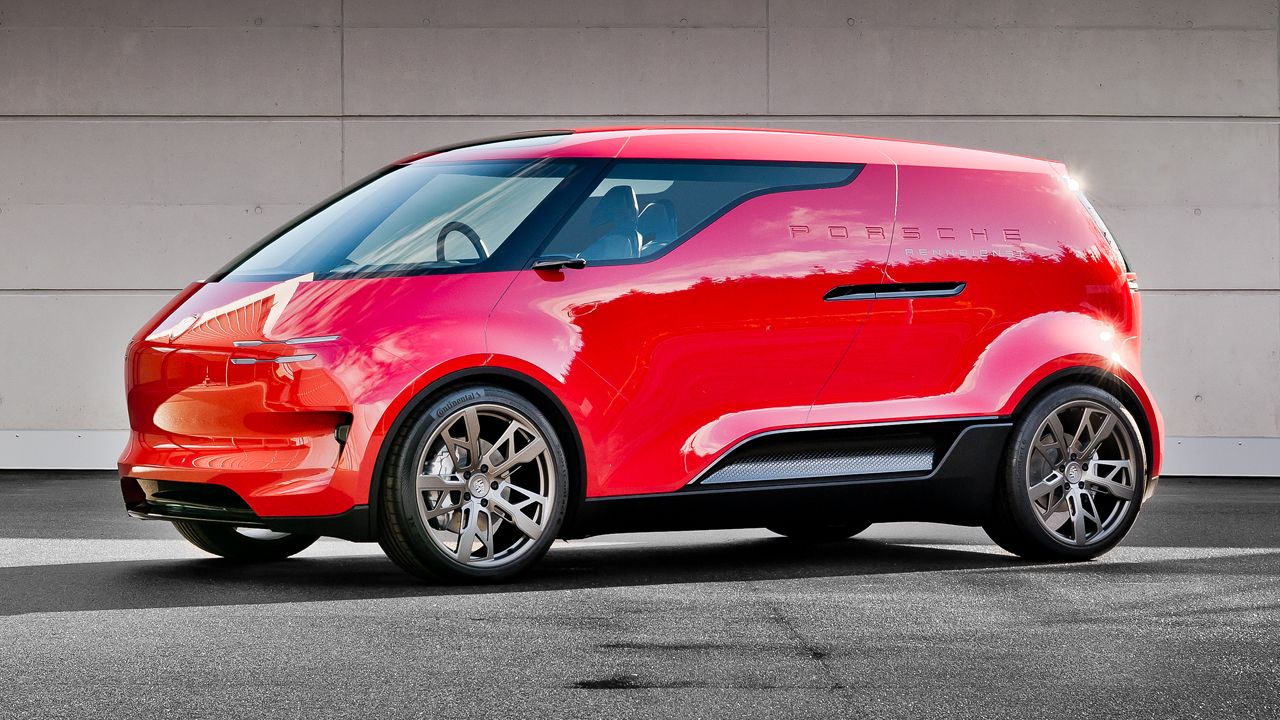 If you thought that the ongoing global SUV domination was bizarre enough, folks at Porsche were ready to take bizarre to the next level by creating the six-seater Vision 'Renndienst', or Race Service van (1:1 hard model). Taking its inspiration from the old VW race service vans, the Porsche Vision Race Service was visualised as a modern-day people carrier with all the practical elements of a people mover but all the modern design and mechanical elements of any road-going Porsche, like a central driving position, electric powertrain, etc.