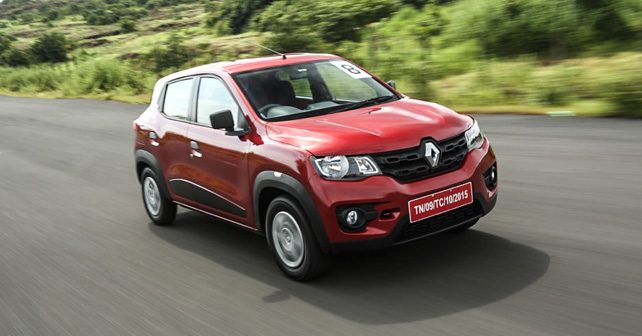 Around 50,000 units of the Renault Kwid and 932 units of the Datsun redi-GO have been recalled over a potential fault in the fuel supply system.

Renault-Nissan has issued a recall for over 51,000 units of the Kwid and redi-GO in India over a potential fault in the fuel supply system in both the models. Of the total cars recalled, around 50,000 units are of the Renault Kwid while only 932 units of the Datsun redi-GO are being called back.

As per Renault, the recall is voluntary and the company will be inspecting the 800cc variants of the Kwid sold between October 2015 and May 18, 2016. As part of the recall, the affected models will be fitted with a fuel hose clip to fix any potential disruption of fuel supply. All of this will be done free of cost to the customers, confirmed Renault.

Similarly, Nissan has also announced that it will be recalling its Datsun branded redi-GO for the same issue (mechanically both the Renault Kwid and Datsun redi-GO are identical). Since the redi-GO was only launched in June this year, the number of cars affected is significantly lower than the Kwid. Both the Datsun redi-GO and Renault Kwid are built at Renault-Nissan alliance’s joint production unit in Chennai.

The Renault Kwid is one of the best-selling models in the country with an average monthly sales of 9,000-10,000 units. Recently, Renault also launched a more powerful version of the Kwid with a bigger 1.0-litre engine. The Datsun redi-GO, which is only available with an 800cc engine as of now, is also doing relatively well with monthly sales of around 3,000 units.