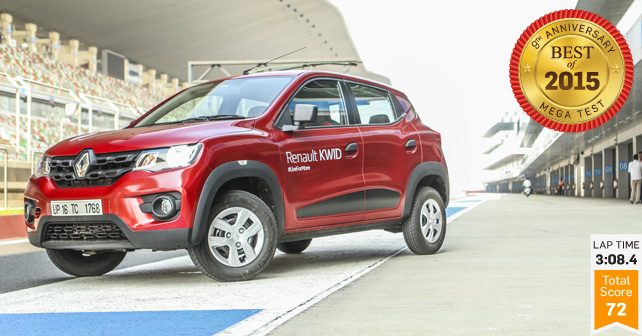 With sales of the Duster SUV stagnated, Renault needed a product to bounce back hard with. They entered the small car segment with the Kwid and it turned out to be just the product Renault needed. With the Kwid crossing the 1 lakh sales milestone in just 14 months, it is just the success story Renault would have hoped for. More than 50,000 units of the Renault Kwid have been sold from June to October 2016.

Renault introduced the Kwid in September 2015 and since then it has found its way into the hearts of small car buyers. To start with it is the SUV-ish design that drives the customers to liking it. And then it was best-in-class features and ample of space on offer too. Thanks to 98 per cent localisation, Renault has been able to ensure that despite what it offers, the Kwid isn’t an expensive proposition.

The Renault Kwid is priced at Rs 2.64 lakh for the base STD 0.8 variant while the top-spec RXT 1.0 (O) variant carries a sticker price of Rs 3.95 lakh. The recently launched Kwid AMT has been priced at Rs 4.25 lakh. All prices ex-showroom Delhi.