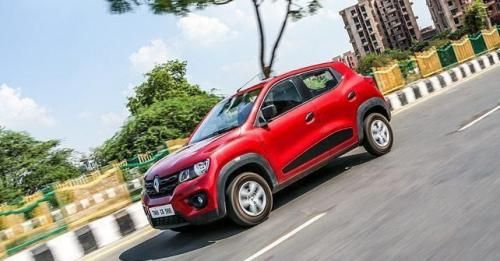 The company has recalled the 800cc trim of the Kwid in light of a faulty steering rack issue.

Renault has been facing a few issues with the Kwid in recent times. A few months back, in October, the company recalled nearly 50,000 units of their most affordable offering sighting a faulty fuel hose slip. Now, the company has issued another recall for a faulty steering rack. While the company has asked customers to book an appointment at the nearest service centre, they have still not announced officially model year units have been affected. The French carmaker will not charge its customers to fix the issue at hand. This issue only affects the 800cc Kwid and not the 1.0-litre variants.

Renault has seven variants with the 800cc option ranging from Rs 2.66 lakh to Rs 3.84 lakh (ex-showroom Delhi). Under the hood, the Kwid comes with a 799cc three-cylinder petrol motor that makes peak power of 54bhp and max torque of 72Nm. This engine comes mated with a 5-speed manual transmission. Renault only offers the AMT with the 1.0-litre option of the Kwid.

Ever since the launch of the Kwid, the car has been bringing consistent numbers for the brand. Sales figures of both engine variants of the Kwid average at about 6000-7000 units a month pan India.