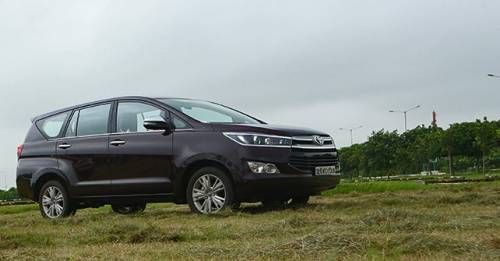 J.D. Power’s India APEAL (Automotive Performance, Execution and Layout) Survey 2016 released yesterday has given the automotive a very positive direction to go down. According to results of the 2016 J.D. Power APEAL Survey new car buyers are now more than ever before inclined to have their cars equipped with safety features at the time of purchase. The list of safety features focused on by the study were anti-lock brakes, airbags and hands-free mobile phone connectivity for the infotainment system.

On a 1,000 point scale the 2016 APEAL Study averaged 862 points from 846 points in 2015. The increase in the score has been credited to a greater share of new cars being equipped with safety and technology features according to the study. The study also states that half of the new cars in 2016 are equipped with driver and front passenger airbags, which is up from the 2015 figure of 38 per cent. This can also be accounted to car makers like Honda and Maruti availing front airbags across all variants as standard or on the options list. The average APEAL score for vehicles equipped with airbags is 11 points higher than it is for vehicles without them. Also, vehicles equipped with anti-lock brakes account for half of new car sales and one third when it comes to entry-level cars. This has taken the overall APEAL study score from 871 points for these models as compared to 854 points for vehicles without them. Vehicles with hands-free connectivity average an APEAL score that is 5 points higher than vehicles without the technology.

“One of the areas automakers are focusing on is enhancing safety and technology features in their vehicles as a way to differentiate themselves from others,” said Mohit Arora, executive director at J.D. Power. “In the past, these features were available only in vehicles of larger body types or in vehicles at the upper end of the price spectrum. Today, these features are commonly available in most vehicles, including those in the small car segments, providing new-car buyers, especially first-time buyers, with more value for their money.”

Loyalty and advocacy has also gone up for this year in the APEAL Study as 83 per cent owners said they would definitely would recommend the car they bought to someone else and 66 per cent said they would by a car from the same make again. In comparison these number stood at 64 per cent and 47 per cent respectively for the 2015 APEAL Study.

Another major area of improvement was in NVH levels of which the score has gone up to 23 per cent for 2016 as compared to 19 per cent in 2013.

In conclusion we would have to say that its great to finally hear that the Indian new car buyer now considers safety to be an important factor at the time of new car purchase which until recently was not the case. With buyers being more drawn towards cosmetic elements in a car such as daytime running lights and chrome embellishments.