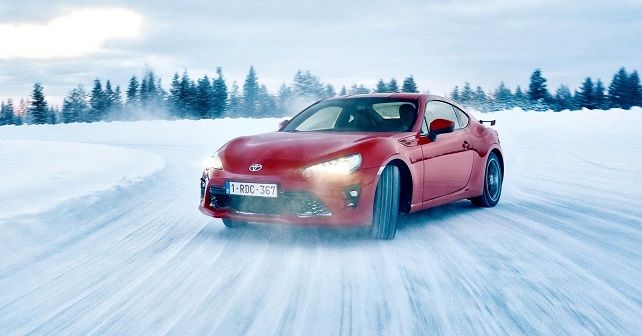 Toyota's sideways going GT86 sports car is headed for a generational change. The next-gen model will be based on an all-new platform and is expected to come powered by a BMW derived 255bhp 2.0-litre four-cylinder engine.

Word is out that the second-gen Toyota GT86 is in the works, and it should be out by the middle of 2021. The source behind this information is an internal document, which allegedly got leaked a couple of days ago, and it’s now all over the internet.

Coming to the details of the new model, the next-gen GT86 is reportedly going to feature an all-new platform – however, it’ll maintain its rear-wheel-drive configuration like the current model. However, do expect the car to shed a couple of kilos, thanks to the new platform.

Some reports suggest that it’ll have a new powertrain as well. While details are few and far between, the engine in the next-gen GT86 could be the same 2.0-litre four-cylinder engine, which was recently introduced in the Supra in Japan and Europe. The engine delivers 255bhp and 400Nm of torque. And, yes, just like the bigger 3.0-litre six-cylinder engine offered in the Supra, this four-cylinder unit has also been sourced from BMW. For reference, it's the same engine that we get in the 3 Series (330i) in India.

Interestingly, the aforementioned 2.0-litre engine is only available with an automatic gearbox – ZF 8-speed – at the moment. So, in case this powertrain is used in the new GT86, it’ll be interesting to see if the manual transmission of the current model makes a comeback. Speaking of the current version, it’s powered by a 2.0-litre four-cylinder boxer engine that develops 197bhp and 205Nm and is only available with a six-speed manual gearbox.

The GT86 is also sold as Subaru BRZ in select markets across the globe, courtesy Toyota and Subaru’s partnership. This badge-engineering exercise is expected to continue with the new model. In addition to that, the new model is also expected to continue with an accessible price tag – the current GT86 retails for just over Rs 30 lakh in European markets.