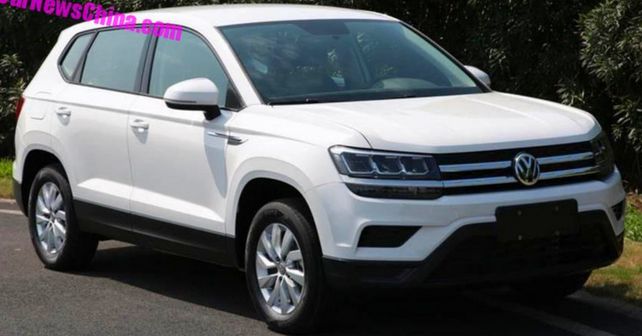 Another addition to the ever-expanding SUV lineup of the Volkswagen Group.

Volkswagen is set to reveal its reskinned Skoda Karoq, which will be called Tharu. The SUV is mainly build for China, but will eventually launch in certain South American markets as well.

The images, which have been leaked by the Chinese site carnewschina, show that the upcoming Tharu features derivative styling all around. The front of the car looks like it has been lifted from the North American spec Atlas SUV, while the rear looks strikingly similar to the previous-gen Audi Q7.

Reports claim that the SUV will measure 4,453mm in length, 1,841mm in width and 1,632mm in height, with a wheelbase of 2,688mm. This actually makes it longer and wider than its Skoda cousin. The Tharu will be manufactured by Shanghai-Volkswagen joint venture, which also makes the Karoq and a few other China-exclusive models. 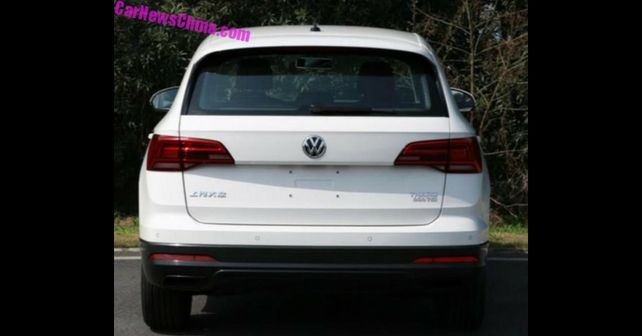 Powertrain options on offer are likely to be a couple of petrol engines -  a 1.2-litre making 115bhp and a 1.4-litre making 148bhp. Both motors will be turbocharged. They will also be offered with VW’s dual-clutch 7-speed automatic transmission.

While Tharu is not coming to India anytime soon, the Skoda Karoq is likely India-bound. It will be positioned below the Kodaiq and will compete with the likes of Jeep Compass and Hyundai Tucson. Expect VW’s ubiquitous 2.0-litre TDI to power the Karoq in India, However, the option of a 1.4-litre TSI cannot be ruled out either.