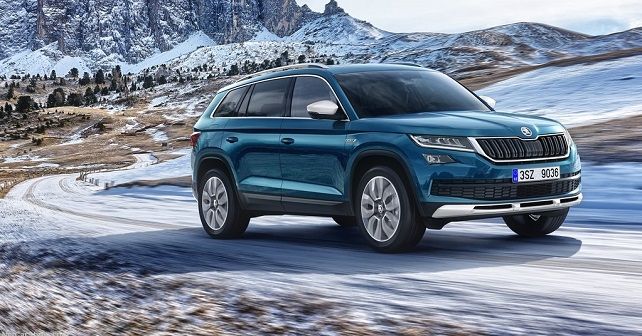 Priced at Rs 34 lakh (ex-showroom), the Kodiaq Scout is the most off-road focussed version of the SUV in India. In comparison to the other trims, the Scout has higher ground clearance, along with better approach and departure angles.

Skoda brought in the Kodiaq in India in October 2017. At the time, it was only introduced in one single variant. Last year, the Czech carmaker introduced the Kodiaq in the top-spec Laurin & Klement trim. The company has now added a third in the form of the Scout. Unlike other variants on offer, the Kodiaq Scout is a marginally more off-road focused version. Although all trims of the Kodiaq come equipped with the all-wheel-drive system, the Scout promises to be more off-road capable, thanks to its higher ground clearance and better approach and departure angles. The Kodiaq Scout also gets an additional off-road mode that improves the throttle response, making it easy to drive off-road.

As far as design goes, Skoda has made a few changes to set the Kodiaq Scout apart from the rest. The Scout gets chrome accents on the grille, a window frame, and roof rails. It also gets silver skid plates at the front and the rear. Skoda has also fitted it with larger 18-inch wheels. Inside, the Kodiaq Scout gets an all-black treatment to make it look sporty and to ensure ease of maintenance. The seat back and the dashboard flaunt the Scout insignia.

At the heart, the Skoda Kodiaq Scout remains unchanged from the rest of the model range. It continues to be offered with a 2.0-litre diesel heart that produces 148bhp and 340Nm. This engine comes paired with a 7-speed DSG and an all-wheel drive system. As far as features go, the Kodiaq Scout gets nine airbags, ESC, engine start/stop, and all of Skoda’s ‘simply clever’ features as well.

At the launch ceremony, Skoda India also announced that they will launch 5 new products in the country by the end of 2020. The company will also bring a mid-size SUV & sedan in 2021. Skoda also hinted at bringing a hatchback based on the same platform.