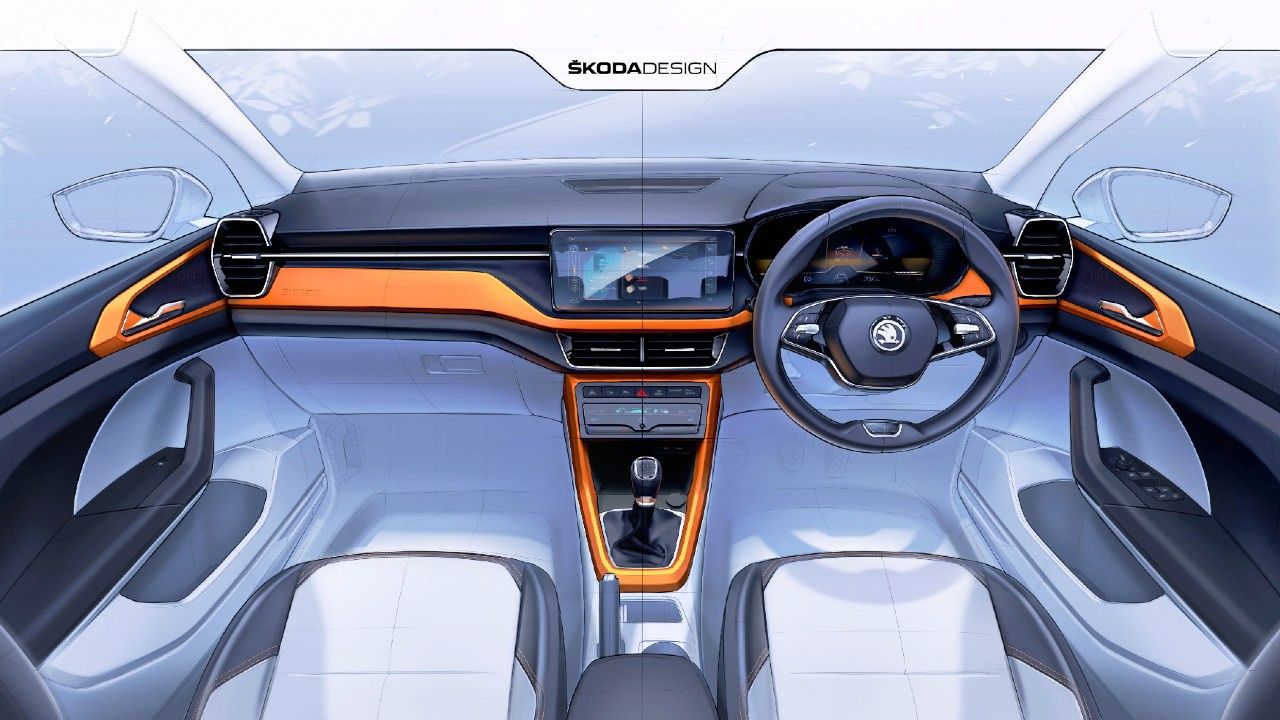 Sketches of the upcoming Skoda Kushaq reveal that its interior will look more or less identical to that of the Vision IN concept sketches, revealed in December 2019. Skoda will pull the wraps off the Kushaq on 18th March.

With just two weeks to go before the global premiere of the all-new Kushaq, Skoda has released the interior sketches of the car. Unsurprisingly, these sketches look insanely similar to those of the Vision IN concept, released in December 2019. This time around, though, the sketches reveal a little more detail.

The dashboard is similar to the concept, with the multiple layers split by a chrome strip, which runs along the width of the dash. The production-spec model will also get the vertically stacked air-con vents at the corners and horizontally positioned ones under the infotainment screen. Just like the Vision IN, the Kushaq’s sketches flaunt orange accents on the dash, door pads, and the centre console. The central touchscreen infotainment system is neatly integrated into the dashboard and will feature a ton of connectivity features. If these images are anything to go by, expect the Kushaq to be fitted with the same steering as that of the 2021 Superb, which was launched in January. Unlike the concept sketches, the Kushaq will come with a manual hand brake and cup holders on the centre console. The Kushaq will also feature the all-digital Virtual Cockpit, making it the most affordable Skoda product to flaunt that feature. Expect the feature list to include automatic climate control, automatic headlamps, rain-sensing wipers, electrically adjustable ORVMs, and loads of safety features. 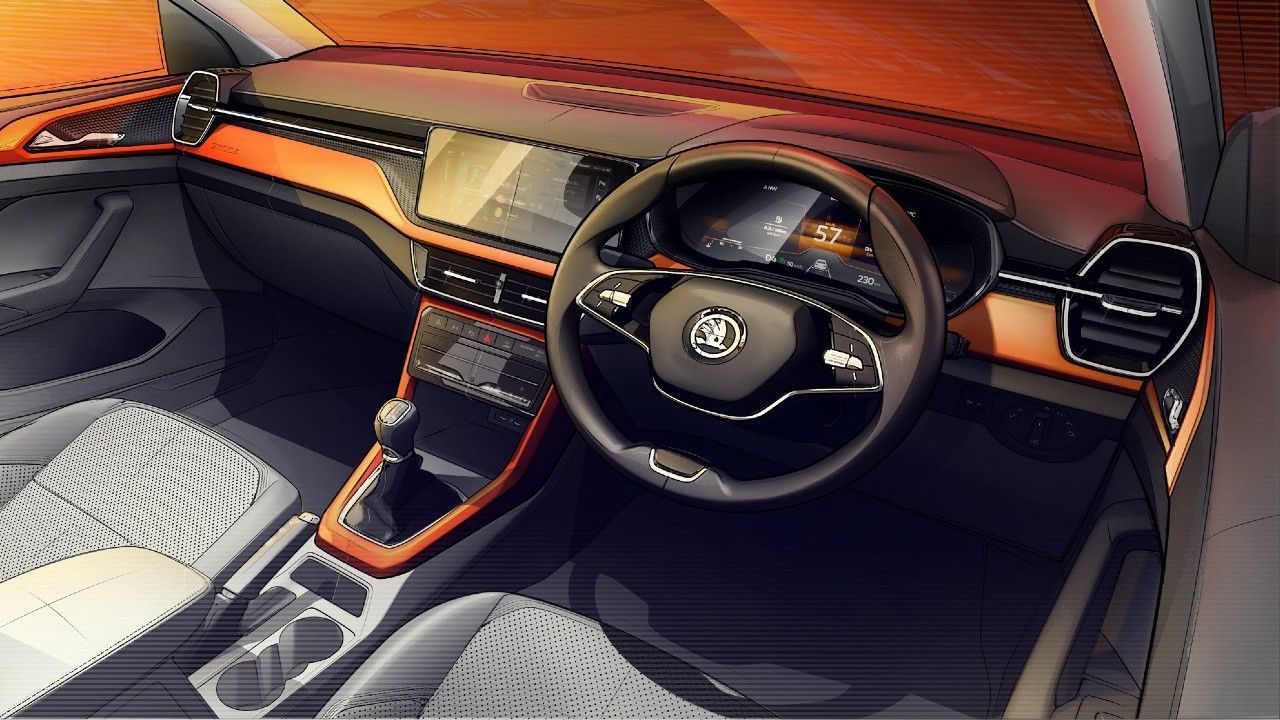 Skoda is all set to pull the wraps off the Kushaq later this month on 18th March. The Kushaq will go against the Hyundai Creta, Kia Sonet, Renault Duster, Nissan Kicks, and the likes. Expect it to be priced in the Rs 9 – 15 lakh bracket.