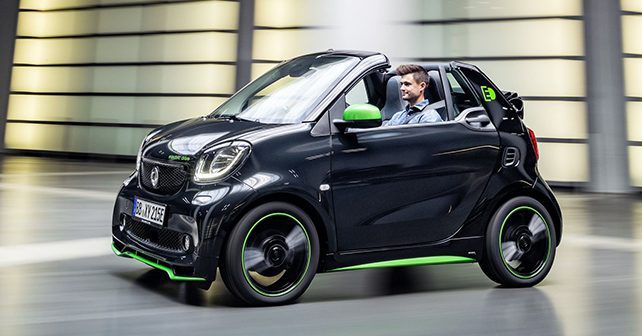 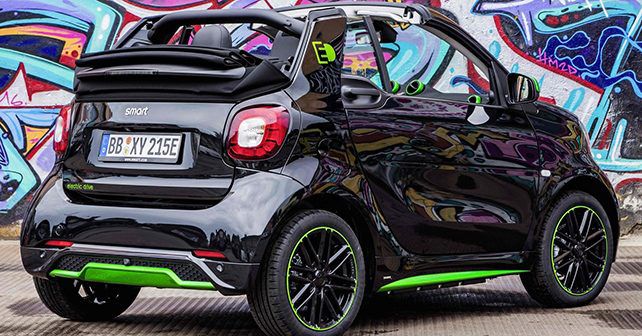 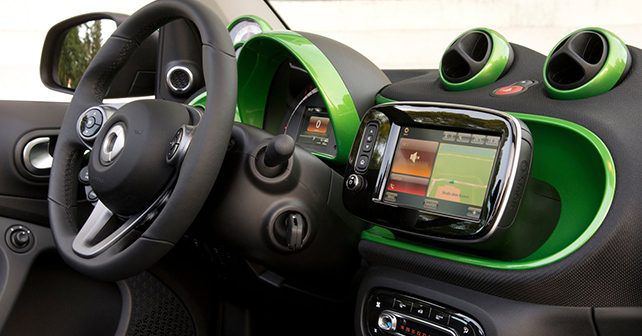 Smart has revealed a new all-electric version of the Smart fortwo Cabrio with faster charging with a 160km range.

The Smart fortwo Cabrio features a fabric roof which can be lowered in stages. As an option is a heated steering wheel, which would be handy when driving with the roof down in cold conditions is offered as a part of the Winner Package.

The Smart fortwo Cabrio electric drive has an electric motor which is mated to a single gear ratio/ direct drive transmission system. To reverse, the system simply changes the direction of rotation of the motor. The motor produced 60KW/80bhp and a maximum torque of 160Nm. Smart claims that the Cabrio on a full charge has a maximum range of 160km and is limited to a top speed of 130km/h in order to maximise its range.

Smart claims that the new system features a high-performance on-board charger which will allow the batteries to charge twice as quickly, compared to its predecessor. With the new fast charging feature, available as an option, the vehicle can be fully charged in less than 45 minutes. The latest drivetrain is being produced in Renault's plant in Clèon, Northern France.