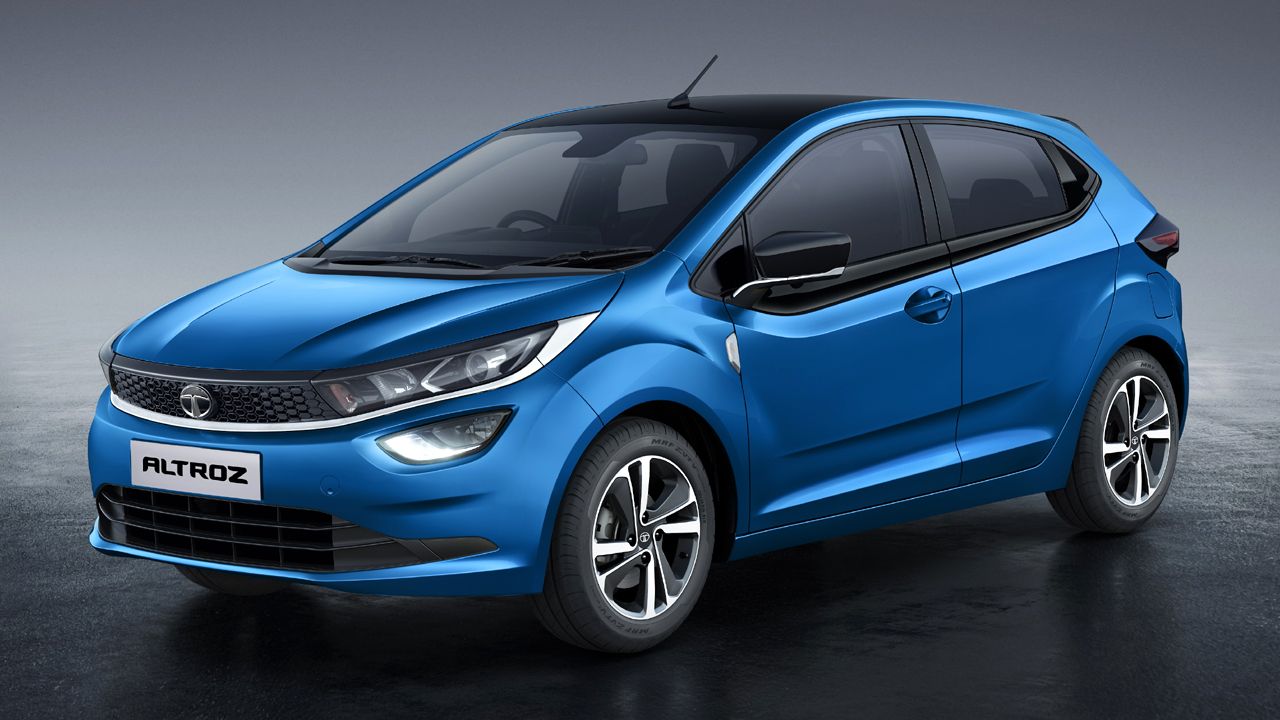 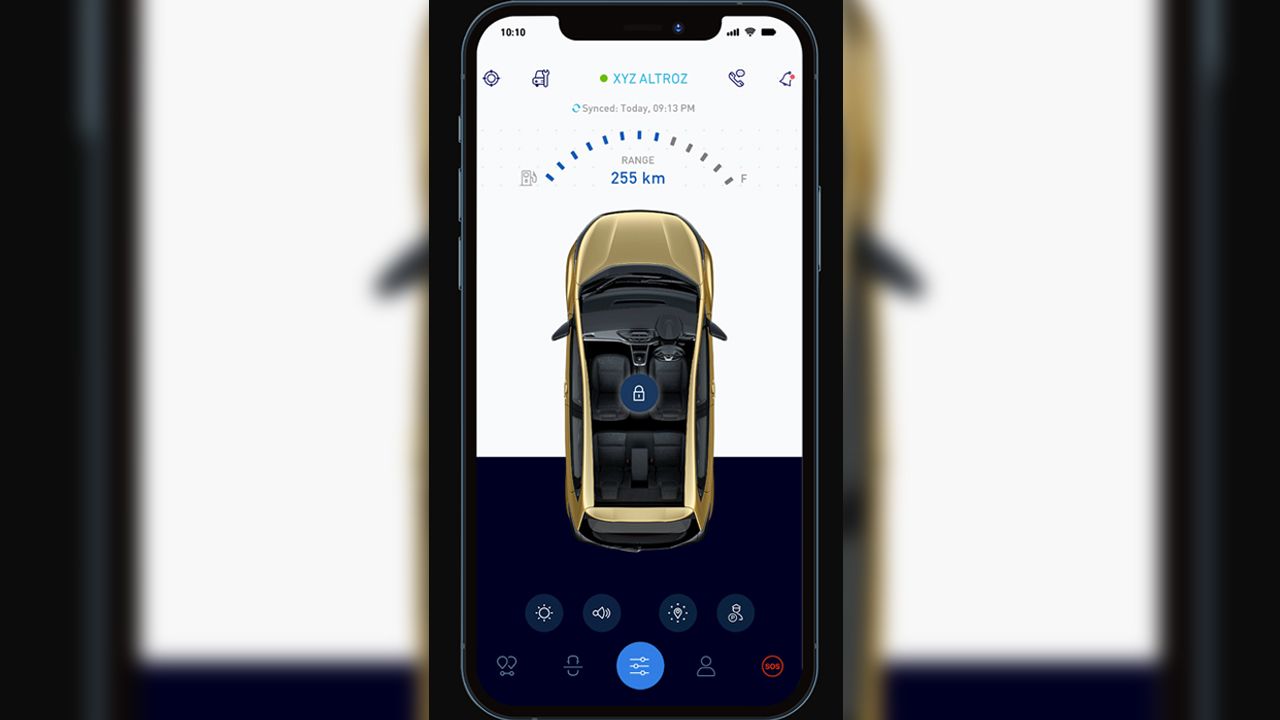 We'll have to wait till 22nd January for the prices of the Altroz iTurbo. Meanwhile, pre-launch bookings will open 14th January onwards.

Tata Motors has unveiled the much-awaited turbo petrol version of the Altroz hatchback called the Altroz iTurbo. However, contrary to popular belief, the car has not been launched today. Tata will open its order books for the Altroz iTurbo on 14th January, while the launch is slated to take place on 22nd January. The pre-launch bookings will open at ₹11,000.

The Altroz i-Turbo brings to the hatchback's engine line-up a new 1.2-litre three-cylinder i-Turbo petrol engine. In essence, it is a de-tuned version of the 1.2-litre Revotron petrol motor that powers the Tata Nexon. In the Altroz, the iTurbo unit develops 108bhp (@5,500rpm) and 140Nm of torque (b/w 1,500-5,500rpm) instead of the 118bhp and 170Nm in the Nexon. Still, the Altroz i-Turbo's 0 – 100km/h time is claimed to be under 12 seconds. Also, the car has a claimed fuel-efficiency figure of 18.13km/l. To offer a more engaging drive experience, the Altroz i-Turbo also gets a new 'Turbo' drive mode, alongside the existing 'City' mode.

The option of a new DCT automatic gearbox is also a part of the Altroz i-Turbo's offerings, but unfortunately, we'll have to wait for it a bit longer, as it's expected to be launched in the coming months (confirmed timeline has not been revealed by Tata Motors yet). With the addition of the i-Turbo unit, the Altroz now has three powertrain options – 1.2-litre Revotron petrol, 1.5-litre turbo Revotorq diesel, and the new 1.2-litre i-Turbo petrol – all with the sole option of a five-speed manual gearbox. The Altroz i-Turbo, however, will only be available in the top-three variants – XT, XZ & XZ+. 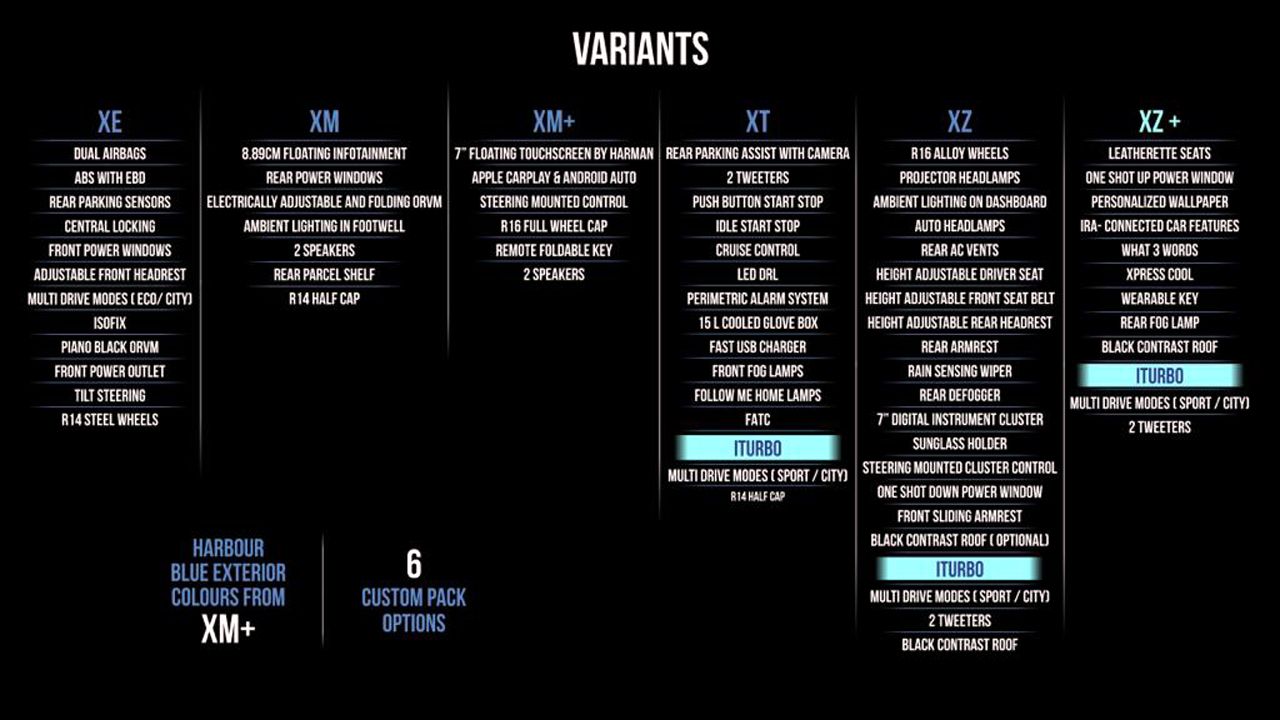 Tata has also taken this opportunity to introduce some updates to the entire Altroz range. A new Harbour Blue exterior colour option has been added (available XM+ trim onwards), along with a new range-topping XZ+ variant – it replaces the current XZ(O) variant – that will be available with all powertrain options. A new Black & light Grey interior colour theme has also been introduced, which will also be available across all variants. 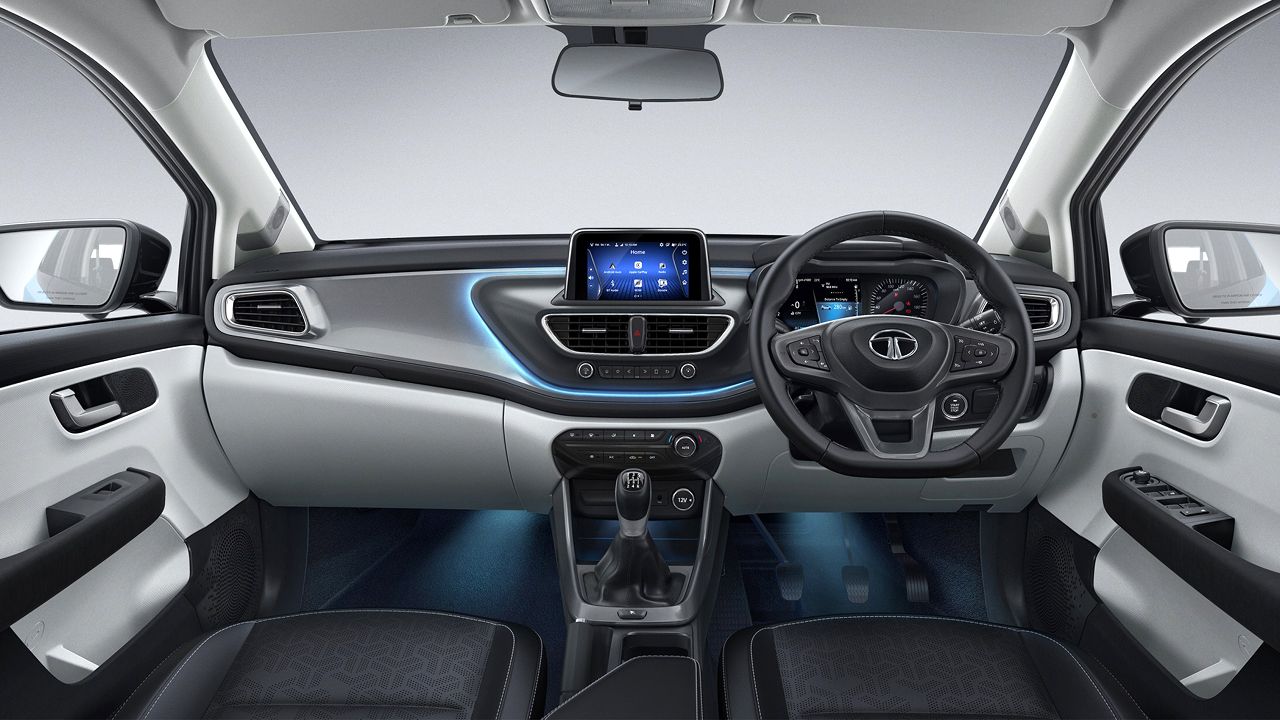 The new top-spec XZ+ variant comes with some premium goodies (over and above the features of the XZ trim) like leatherette seats, one-touch-up power windows, a new 'Xpress Cool' AC function (up to 70% faster cabin cooling), a wallpaper personalisation feature for the infotainment screen, and Tata's Intelligent Real-time Assistant (IRA), which offers some connected car features and tech like Hinglish voice commands. An eight-speaker Harman sound system is also part of the XZ+ variant (only with the i-Turbo powertrain).