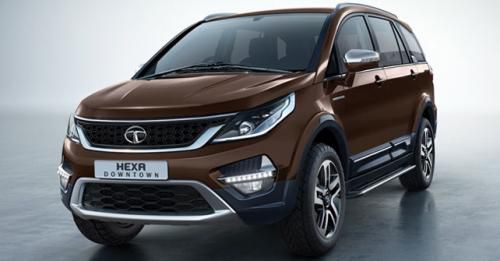 Some interesting equipment additions along with cosmetic enhancements define Tata’s upcoming special edition versions that will be offered in the upcoming Hexa Downtown Urban Edition.

We may just come out of the festivities surrounding Diwali but there is something about November that seems to have gotten car makers all excited as a time for new car launches. With the launch of the Renault Captur and the face-lifted EcoSport slated for the second week of November, it has now come to light that Tata Motors too is planning on launching special edition versions of its Hexa.

Badged as Tata Hexa Downtown Urban Edition, the company plans to introduce accessory and cosmetic options for customer across all variants of the car. These special edition Hexas will be offered with the choice of a new Urban Bronze paint shade along with chrome garnish for head lamps, tail lamps, ORVM casings and around other areas. The interiors of the car are fitted with new tan seat covers, new carpets, a heads-up display unit with speed limit alerts, tyre pressure monitoring system and battery voltage display along with wireless mobile phone charging capability. All of this is available in the first accessory pack option for the Hexa Downtown Urban Edition, which is called – Absolute. Then there is the Indulge version that will pack in 16-inch alloy wheels for lower end variants while the top-end XT and XTA variants will get two 10.1-inch infotainment screens for rear seat passengers. 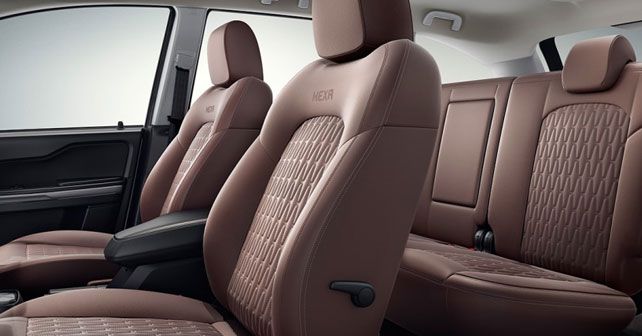 Mechanically, the special edition Tata Hexa Downtown Urban Edition will remain identical to the standard version of the vehicle with its 2.2 litre, four-cylinder, turbo diesel mill being offered in its 154bhp spec in higher end variants that are offered with the choice of a six-speed manual or automatic gearbox while the base version is offered with 148bhp and a five-speed manual gearbox.