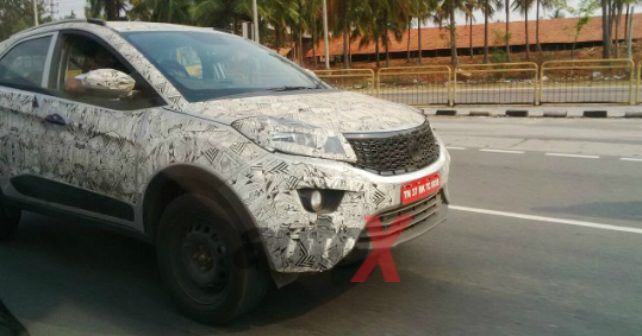 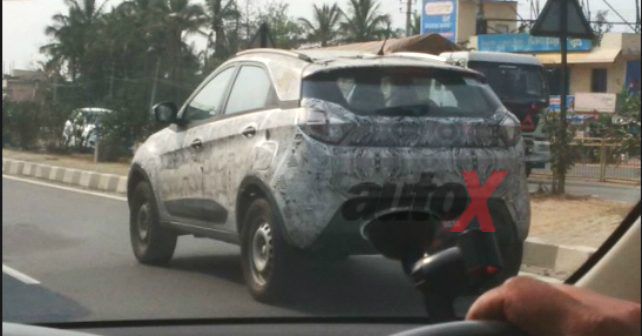 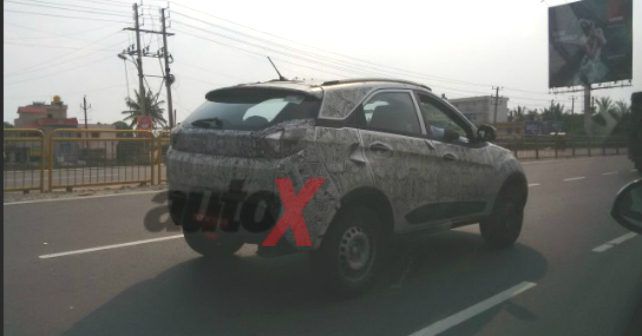 Production-spec model was recently unveiled at the 2017 Geneva Motor Show, expected to be launched by late 2017

This year Tata celebrated its 20th year of presence at the Geneva Motor Show and to make it grand they took the wraps off several upcoming models. While the Tamo Racemo was undoubtedly the show stopper, it was also the upcoming mass production models that most people were keen to see. The Sanand-based car maker took the wraps off the Tigor as well as the Nexon at the 2017 Geneva Motor Show. While the Tigor is about to be launched later this month, the Nexon is scheduled to be launched towards the end of the year. Our friend, Bala Krishnan recently spotted the Tata Nexon being tested and was kind enough to share some spy pictures with us. The compact SUV will be Tata’s third model to be launched this year following the Hexa and the Tigor.

The Tata Nexon was first showcased in concept form at the 2014 Auto Expo and this production version looks somewhat similar. Taking the centre stage up front is the large grille that sports what Tata calls the humanity line. Massive headlights and fog lamps with the bulky proportions up front, give the Nexon the stance of a genuine compact SUV.

Some previous spy shots of the car have revealed, like all newer Tata models, the Nexon too will com fitted with a familiar three-spoke steering wheel and body coloured inserts on the dashboard. It also comes fitted with a touchscreen infotainment system. Other features include LED Daytime Running Lights, automatic climate control, reverse camera and more.

Under the hood, the Nexon will come with a petrol and diesel engine option. The Petrol motor will be the same units as the Zest – the 1.2-litre Revotron motor. The diesel, on the other hand, will be an all-new 1.5-litre Revotorq unit. The Nexon will be the first car from Tata’s product portfolio to make use of this 1.5-litre mill. This engine will come mated to a 6-speed manual transmission.

When launched, the Tata Nexon will compete with other compact SUVs in the business like the Maruti Suzuki Vitara Brezza and the Ford EcoSport. It will also have to hold its own against the Hyundai i20 Active and the recently launched Honda WR-V.